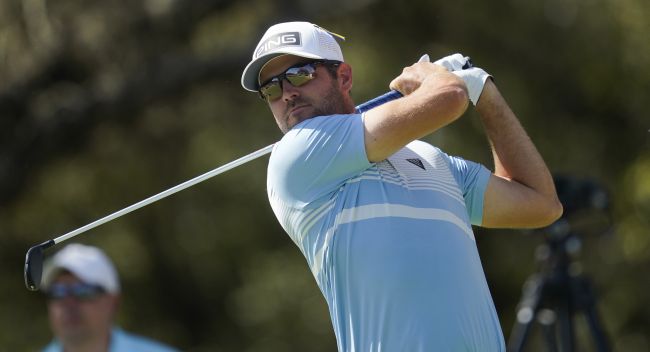 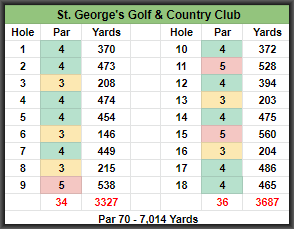 This week the PGA Tour heads north of the border for the first time in three years for RBC Canadian Open. Canada's national open rotates courses yearly and this year will visit St. George's Golf and Country Club which is annually ranked inside the World's Top 100 and Canada's Top 5 courses. While the field does include World #1 Scottie Scheffler and four others ranked inside the Top 10, it is pretty weak overall considering the third major, the U.S. Open next week. Another big name missing is RBC-backed Dustin Johnson who has taken ALL the money and joined the LIV Golf Tour that kicks off in London this week.

Those who chose to play in Canada this week, get a beauty of a classic style course with St. George's Par 70/7,014 yard setup. It has narrow, tree-lined fairways that will require players to lean more on accuracy off the tee than distance, especially with challenging rough(3.5" on average). On approach, golfers face small undulated bentgrass greens so not only are we locked in on Strokes Gained: Approach this week, we should also be looking closely at Proximity from 175-200 and 200+ yards as four of the five Par 3's are 200+ yards and six of the Par 4's are 450+ yards.

I will most definitely have exposure to at least three of the top 5 priced players in this weak field but leading the way for me is Cameron Smith who has been on a steady trajectory up the world golf rankings. He climbed inside the Top 25 with a strong 2021 playoff run, broke into the Top 10 with a win at a Tournament of Champions, and enters this week at #4 after back-to-back T13's at the PGA Championship and the Memorial. Like the other top players in the world, he has a very strong all around game(6th in this field in SG: T2G last 24 rounds) highlighted by his iron play(3rd in SG: APP) and what he lacks in long iron proximity compared to the field, he more than makes up for with an elite around the green and putting game. He is my top play in the top tier and I will have exposure in all formats.

I have skipped over my top Canadian the last couple of weeks but I am back on board with 17 canucks in the field this week. In the upper range of pricing, it was close between Hadwin and Conners as they are both coming off Top 20's at the Memorial but I lean Conners as he has simply been more consistent. Going back to March, he has made seven of eight cuts finishing T26 or better six times. He has also gained four or more strokes ball-striking six times during that stretch. If he can get a hot putter going into the weekend, I feel he can contend and possibly become the first Canadian to win the national open since Pat Fletcher in 1954. Either way, at these prices, I will have exposure in DFS in all formats.

Pan is coming off two lacklustre performances(T52/T53) and has seen his price rise but not to worry as he has been a very consistent PTS/$ play since February. During that stretch, he ranks(in this field) 17th in SG: Tee to Green, 6th in SG: Approach, 13th/36th in long iron proximity ranges, 15th in Par 4 scoring & 20th in opportunities gained. He hits a ton of fairways and greens which gives him nice safety and when he gets a hot putter he flashes Top 10 upside and can help you get to the GPP promise land. Fire up Pan in all formats this week.

Duncan has been trending in the right direction as of late and is one of my top value plays this week. After back-to-back missed cuts, he has gone T59 at the Byron Nelson and followed by a very impressive T15 at the Charles Schwab while combining for 6.2 strokes gained on approach in those two events. He hits a ton of fairways(16th in FW Gained), has an excellent long iron game(13th/1st in Prox from 175-200 and 200+ yards), and is trending in terms of form. He is most definitely in play in all formats this week.

If you are building around two top-tier golfers this week, you are going to need to reach down into the $6K range. It feels like every golfer south of $9K has a ton of risk so why not right? The good news here is that Lingmerth has actually been quite consistent making four of five cuts this season and gained 4.2 strokes on approach last week at the Memorial. He fits the course and the price is right to use him in all formats but get ready for a Friday cut sweat.