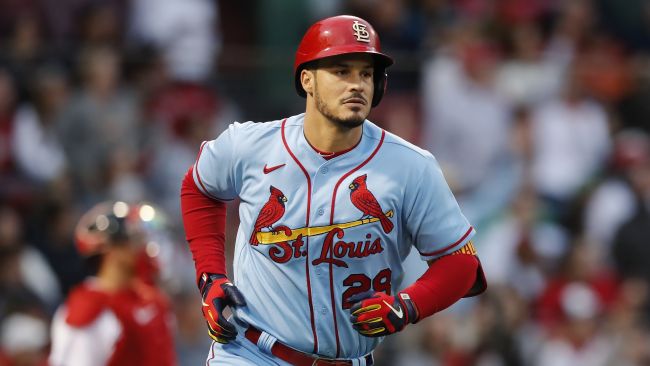 The top pitchers in Burnes and Cole have some tough matchups on this early slate but I think we need to build around one of them and their huge fantasy floors. I slightly lean Cole and it may be due to my ownership in dynasty formats but either way, he has been one of the most dominant fantasy pitchers in baseball lately averaging 25.6 DK points per game over his last 11 starts. He has done this by holding opponents to two or fewer earned runs in eight of those starts and tallying an elite 33.3% K rate and 14.5% swinging-strike rate.

There is actually a nice selection of value pitchers for the SP2 slot on DraftKings today but I am going to side with Keller who easily has the best matchup. He faces an Oakland team he just dominated for seven innings allowing just one hit with six strikeouts and rank bottom three in almost every offensive stat. For Keller, he can definitely be hit or miss but has looked good in these plus matchups and gives us a high floor at his price and allows us to spend up for more bats. I will have exposure in all formats.

The market at the first base position has changed a bit in recent days as we now have multiple players sitting with a $6K price tag. Of those, Rizzo and Goldschmidt have the best matchups but for this article, I am going to give you some value options I am considering for cash games to help me to get elite pitching and elite bats at other positions. Let's start with Josh Bell who has been one of the few bright spots for the Nats in 2022. He enters the day with hits in seven of his last eight games pushing his average over .300 for the season and tallying 11 home runs, 45 RBI, and 38 runs scored. He gets a matchup against opener Matt Bush and a Rangers bullpen that has struggled a bit over the last week or so.

For Dozier, the aggressive projection comes from the Royals leading all teams in implied runs on this slate in a plus matchup against rookie Jared Koenig. More good news as he comes in hot, as well, with hits in four of his last five games and he has been terrific against lefties with a .361 wOBA/137 wRC+ on the season. Both players are in play for me in all formats with Bell having a bit more upside and the better choice for GPP formats.

The Cardinals are in a plus matchup today and the top of their lineup has a nice mix of players at different pricing with Gorman leading the way for me from a PTS/$ perspective. He is still very affordable on both sites and is having a solid start to his major league career with a .351 wOBA, 130 wRC+, and six home runs through his first 32 games. He faces a pitcher in Sampson who has a history of stinking up the joint and while he has a small sample size so far in 2022(5 IP) he has given up a ton of hard contact to lefties. Fire up Gorman in all formats as our top play at second base.

While Gorman is the clear option on DraftKings today, the decision is more interesting on FanDuel. While he has struggled in his first year with the Rangers, we know the type of player Semien is coming off 2021 where he received MVP votes with the Jays. There are also appears to be some light at the end of the tunnel as he has posted a .299 average in June which includes eight multi-hit efforts. At his FanDuel price, he is one of the top plays at the position today.

While I have yet to touch on the White Sox in the article, I can assure you I will have plenty of exposure today. They get a plus matchup against Watkins who is making his return after an injury took him out of the first inning of his last start in late May. He comes in with an ugly 6.00 ERA/5.90 xFIP, has walked(15) more batters than he has struck out, and given up an 11% barrel rate. For Anderson, the price is getting up there on DraftKings but the position is pretty bare today so I love locking in a hitter with an extremely high floor hitting .346 in a matchup against a pitcher who has given up a .453 wOBA to righties. Fire up Anderson in all formats, especially on FanDuel where the price has stayed in check.

There has been plenty of buzz around the Cruz who made his major league debut this past week. He is an absolute monster at 6'7" and often compared to Aaron Judge not so much for the power but the fact he is equipped with top speed for that size. He has shown flashes of it through five games and while he hasn't exploded yet, he has a lot going for him with hits in four of those games and today, he is projected to be bumped up to the leadoff spot where they expect him to remain for the foreseeable future. The price is still in a value spot on DraftKings and that is where I will be targeting him today.

The decision at third base is sort of easy on this slate with a lack of viable options so let's turn to Arenado. He got off to a hot start to the season followed by a bit of a slump in May but the good news is that he is back on track in June hitting .291 with five home runs and an elite .378 wOBA/148 wRC+. With the lofty price tag, he does offer some safety and a nice floor as he only strikes out 12% of the time and he also provides upside for days. In cash, if looking for 2-3 players from the Cards today, Arenado is at the top of the list and I love pairing him with Gorman. For GPP, add Goldy, Donovan, and Edman for a full stack with tons of upside.

Also Consider: Bobby Witt Jr(KC) who is only hitting .240 but has already provided lots of pop with 10 home runs and gets a plus matchup on Saturday

I am going right back to the White Sox in the outfield and it comes down to the PTS/$ value helping us pay up for pitching and multiple top bats on this slate. Let's start with Vaughn who has really come into his own in 2022 and it starts with consistency as he enters the day with a .325 average and elite .376 on-base percentage which has resulted in a move up to the two-hole in the lineup. Pairing him with Anderson is my favourite two-player stack on this slate. For even more value, we can also consider Pollock who has been terrific in the short-term with hits in 12 of his last 15 games including eight multi-hit efforts.