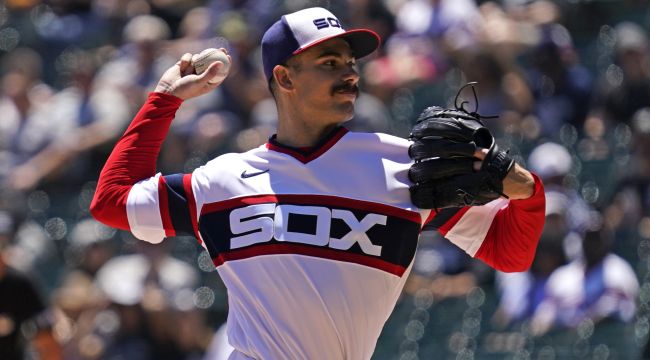 There are some elite arms on this slate but Cease gets the edge as our top guy and it almost entirely comes down to matchup. While the Tigers have been much better in the short term(won four straight), they still rank bottom three in almost every statistical category on the season and have been slightly worse against right-handed pitching, as well. For Cease, he has been in the AL Cy Young conversation all season and has been especially good as of late holding opponents to just two earned runs over his last eight starts(.46 ERA) with a 33.1% K rate. Fire up Cease in all formats tonight, especially on DraftKings where he remains under $10K.

The projections and optimizer already love paying up for both pitchers on DraftKings and with a real lack of value on the mound, it is really hammering that home tonight. Much like Cease, Musgrove is having a breakout season with some eye-popping numbers starting with his stamina as he has gone into the 6th inning in all 14 starts. Then it's the consistency that stands out as he has held opponents to two or fewer earned runs in 12 of those starts(2.25 ERA) and he has also flashed big upside with 7+ strikeouts eight times. To cap it off, he comes at a sub $10K price tag on DraftKings and faces a struggling Giants team that is striking out over 24% over the last two weeks. Fire up Misgrove in all formats.

We aren't normally targeting the Rockies' bats outside of Coors that is unless they are facing a lefty as they lead the league in wOBA(.354) in the split. Not only that, they get the best matchup on the board against Dallas Keuchel who has given up four or more earned runs in four straight starts(22 total). Cron is the most expensive bat on the team but still underpriced considering he is having an All-Star season hitting .297 with 20 home runs, 65 RBI, and an elite .382 wOBA. All things considered, Cron is our top play at first base and one of the top expensive bats I am building around tonight.

With the pitcher's I am targeting tonight(see above), punting the catcher spot is most definitely the play and Carson Kelly is the first one that stands out. He missed over a month due to injury but has been getting back into stride recently and comes in with hits in six of his last eight games with three doubles, two homers, and six runs scored. He also gets to face a below-average lefty and is coming off a season where he hit .313 with an insane .423 wOBA in the split. Kelly is my top PTS/$ catcher on this slate.

It is almost guaranteed the Rockies' will be chalky on this slate with their elite matchup against Keuchel and the fact they lead the league in wOBA against southpaws. The prices are the other thing that has them stand out on a slate when we need value for a double pay-up pitcher build on DraftKings. Rodgers is slotted in the middle of the lineup and while the numbers don't jump off the page he is having a productive season for fantasy with 40 RBI and 38 runs scored. What really stands out are his numbers against lefties as he comes in with a .429 wOBA/165 wRC+ in the split this season. Fire up Rodgers in all formats.

With the Angels' injuries at third base(Rendon, Duffy), Jonathan Villar is getting an extended opportunity in the leadoff spot for the Angels and that puts him fully on our fantasy radar. He went hitless in his first two games in his new role but rebounded last night with a multi-hit effort, scoring two runs, and also stealing a base. The upside is never that high but hitting leadoff at these prices, especially on FanDuel, has him squarely as a top PTS/$ value on this slate and in play in all formats.

There is no shortage of top shortstops to spend your salary on tonight but I will head to Atlanta to target the Braves who lead all teams in implied runs on this slate. That is just one of the reasons I have Swanson ahead of the other shortstops and another is the matchup against Liberatore who has given up four or more earned runs in three of his five starts. Then add that Swanson has absolutely destroyed lefty pitching(.413 wOBA/165 wRC+/.235 ISO) and you have one of the top payups on this slate.

The nice thing about this slate where we are likely paying up for multiple pitchers is that there is more than enough value spread across every position to make it work. Crawford is another example of this hitting in the two-hole for the Mariners in a plus matchup against a Jays pitching staff that is battered and is having trouble getting outs. Crawford's numbers don't jump off the page(.267/.348/.390 slash line) but he has been consistent for the price and does come in with hits in four straight games. At these prices, especially on FanDuel, Crawford is a top PTS/$ play at the position.

With the Rockies' value and some other excellent PTS/$ pieces, paying up for some top bats should not be too hard on this slate. The Braves lead all teams in implied runs and are easily my top team to pay up for and it starts with the matchup against struggling lefty Matthew Liberatore. Riley also comes in red-hot with multi-hit efforts in six of his last seven games and now has 21 home runs and 51 RBI on the season. While he is in the $5K range on DraftKings, Riley is still only the 22nd most expensive bat on this slate making him my top overall bat on the slate.

Back to more value on the slate, at least on FanDuel where Wendle remains in the mid $2K range. He has bounced around the Marlins lineup all season but has been consistently near the top of the lineup over the last week and has been consistent with hits in five straight starts including doubles in back-to-back games. The matchup also stands out as Williams has struggled a ton with lefty bats(5.33 xFIP/.365 wOBA against). Wendle is a top FanDuel value for me in cash games.

The theme of the article from the start has been paying up for pitching and no team is a better fit for that build than the Rockies. They get the best matchup on the board against Dallas Keuchel who has given up four or more earned runs in four straight(22 total) and sits with an ugly 8.27 ERA/4.96 xFIP on the season. The good news is that the Rockies' value comes at the top of the lineup but the bad news(sort of) is that they are all outfielders.

Let's start with Kris Bryant who missed a month due to injury but has picked up where he left off with hits in six of seven games and crushes lefties to the tune of a .393 wOBA/144 wRC+ since the start of 2019. Connor Joe has been a consistent force at the top of the lineup hitting .270 with an even more impressive .370 on-base percentage. With pitching taking up about 40% of our salary cap on DraftKings, Yonathan Daza will be a priority at his sub $3K price and regular spot as the two-hitter in the lineup. He has cooled off a bit recently but has still been very consistent on the season with a .308 average and .362 on-base percentage.

Play one. Play all. Either way, get some exposure to the Rockies' outfield tonight.

The Jays' offence has been less than impressive on their current West Coast swing so my exposure will be light but I still love the PTS/$ value with Teoscard Hernandez. It took him some time to get back on track after an early-season injury but Teo appears back and better than ever with a fantastic .313/.360/.547 slash line since May 24. He has also been much more productive against left-handed pitching with an elite .394 wOBA, 157 wRC+, and .333 ISO in the split this season. All things considered, he is one of y top PTS/$ plays in the outfield after the Rockies' trio.