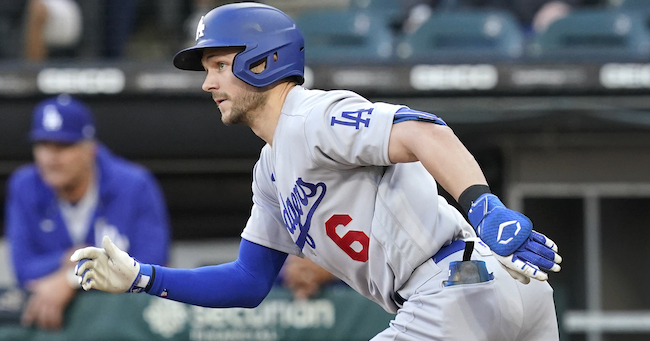 The Braves are all but locked into a wildcard spot but now have their sites set on the Mets for the AL East lead. Spencer Strider is going to be the NL Rookie of the Year but it's Kris Wright leading the entire league in wins(18) and backs it up with an impressive 3.18 ERA/3.36 xFIP. Despite having just average K stuff, Wright has been terrific for fantasy averaging 18.9 DK/35 FD points per game in the second half and gets a terrific matchup against a below-average Nationals team. Wright is easily my top pitcher in all formats tonight.

I am never going to get excited about playing 35-year-old Wade Miley but he checks almost all the boxes tonight, at least for cash games. At $6,600 on DraftKings, we are really only looking for about 12-14 points for cash games and he has accomplished this in both of his starts since returning to the mound in September thanks to 11 K's across those starts. More importantly, he gets a great matchup against a Marlins team that ranks dead last in wOBA(.271) and wRC+(75) in the second half while striking out over 24% of the time. The cheap price tag also allows us to pay up for Wright and multiple big bats which makes him my top SP2 on DraftKings and a value GPP arm on FanDuel.

Julio Rodriguez likely has the AL Rookie of the Year locked up but Rutschman is making it close and also helping the O's make the AL Wildcard interesting, as well. He has been playing his best baseball down the stretch with hits in four of his last five games including three multi-hit efforts with a .313/.400/.583 slash line over his last 14 games. He and the O's also get arguably the best matchup outside of Coors against Tyler Alexander who has posted a 6.34 ERA/5.04 xFIP in nine second-half starts. Fire upRutschman in all formats.

Monday brings us a Coors slate and that means some value bats, especially on DraftKings where they always seem to be a series behind on pricing. Not that we should get too excited about using the Giants but I do like the idea of using a few pieces to help us pay up elsewhere. One of those pieces for me will be rookie David Villar whose late season performance(.333/.415/.750 slash line since September 5th) has prompted a move up the lineup. Best of all, he gets a plus matchup against Chad Kuhl who has posted an 8.41 ERA over his last 10 starts while giving up at least one home run in each game(16 total). Villar is right at the top of our PTS/$ value rankings and in play in all formats.

Also Consider: Matt Olson(ATL) who has been struggling lately but faces a pitcher in Cory Abbott who has struggled mightily against left-handed bats

Second base is a wasteland on Monday so let's go back to the Giants value in Coors and load up on Thairo Estrada. He has actually been one of the few bright spots for the team down the stretch as he comes in with hits in 16 of his last 2o games hitting over .300 in that time. He normally hits down in the order for the Giants but has spent each of the last two games in the leadoff spot so give him a boost in PTS/$ projection should he end up there again. Either way, considering the options are limited at the position, Estrada will be a core play in my lineups tonight.

Also Consider: Isaac Paredes/Jonathan Aranda(TB) as value plays who hit near the top of the Rays lineup

The Dodgers don't have the best matchup on paper as Kelly comes in with a 3.01 ERA but they are catching him at the right time. He has struggled down the stretch allowing three or more earned runs in four of his last five starts and has allowed five home runs in his last two. Enter Trea Turner who has been the opposite as he enters the night with hits in all 14 games in September including nine extra-base hits and has helped the Dodgers to score a whopping 5.9 runs per game in the month. I look for that trend to continue and Turner is one of my top pay-up plays on this slate.

Henderson was the #2 prospect in baseball in 2022 and believe it or not, has been much better at the major-league level than in minors. Yes, it has been a small sample size since his call-up on August 31 but he has been tremendous with posting a .328/.388/.557 slash line with .945 OPS across 17 games. The price has come up on FanDuel but he is still a tremendous bargain on DraftKings especially considering the O's get arguably the best matchup on the board Monday. Lock and load in all formats.

It is no surprise to anyone that the Rockies' have one of the biggest home/road splits in the league and this final month of the season has exemplified that scoring 3.1 runs per game on the road and 7.8 runs per game at home. They will look to continue that trend in a plus matchup against Jakob Junis who has allowed almost seven hits per game with a 6.18 ERA over his last seven starts. My top target for the home team is Ryan McMahon who has looked good in the leadoff spot lately with hits in seven of his last 10 and seen a power surge with four home runs in that time. The price is what really dictates this play and puts him as our top PTS/$ play at third base on this slate.

While Riley hasn't been at his best down the stretch(.193 average in Sept), he leads all position players in projected points tonight as the Braves lead all teams in implied runs. It comes down to matchup as they face a bullpen game that starts with Cory Abbott who has posted a 4.37 ERA/5.67 xFIP in split time between the rotation and pen. I don't think we need to go here for cash games but with the Dodgers likely the top pay-up stack tonight, the Braves could be under-owned in GPP formats with massive upside and tons to play for down the stretch.

The Orioles are my top PTS/$ team to stack tonight and like I have mentioned already, it comes down to the matchup against struggling Tyler Alexander. Enter Austin Hays who checks almost every box as he hits lefties well, has been hot in the short-term with hits in four of his last five, and is projected to hit leadoff tonight. Oh ya, and he comes at a huge discount considering all that making him a top PTS/$ in all formats.

Back to the Braves who currently lead all teams in implied runs and have a loaded outfield in terms of talent. Let's start with Acuna who is having a pedestrian season overall but the good news is that he is starting to heat up at the right time with hits in five of his last six games with three doubles and two home runs. He is an all-world talent who provides value in every offensive area and could come a bit lower owned tonight. Sign me up! His teammate Michael Harris continues to have an outstanding rookie campaign hitting .345 in September with a .433 wOBA and 180 wRC+. While he comes a bit cheaper on DraftKings, the only downfall and reason for this lower ownership is the fact he hits down in the Braves lineup. Either way, I want a piece of the Braves lineup and Harris is my favorite piece.