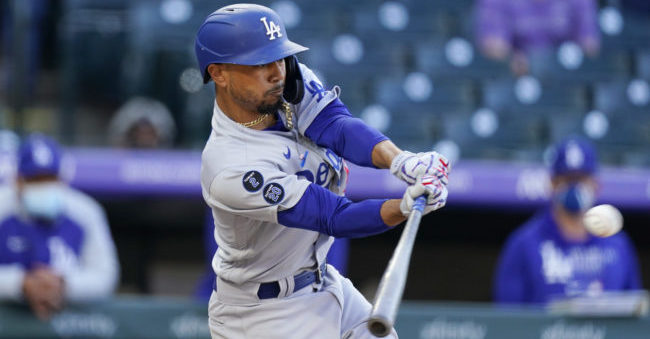 With the playoffs all but locked up across the league, we are in tricky spots when it comes to cash games on these final sites. There are a few teams still duking it out for seeding, but they really aren’t on the main slate here and that’s going to leave us with some issues. The Dodgers are taking it easy on their starters down the stretch so pitch counts are problems, but Urias is still coming in here as a -355 home favorite. That’s worth at least something and he isn’t breaking the bank on DraftKings at all. Again, these are weird times when it comes to late season MLB DFS. And while he likely won’t win, Urias is still at least a part of the NL Cy Young race.

Speaking of the Cy Young race, Justin Verlander is currently the odds-on favorite to win in the American League, holding a betting line lead over Dylan Cease. It’s unlikely that this outing changes those odds all that much, but it’s at least something to consider. He draws a tough matchup against the Phillies who are still fighting for some playoff seeding, but Verlander, in terms of skill, is about as good as it gets on this slate.

In his first year with the Dodgers, Freeman didn’t have quite the power numbers we’ve come to expect seeing as how he hit *only* 20 home runs down from the 30+ he’d hit in previous seasons with similar numbers of plate appearances. But he still had over a .900 OPS and walked (12%) almost as much as he struck out (14.5%). He’s one of the elite hitters in the game and still makes for a great cash game option.

Abreu had a fine season this time around with an .815 OPS thanks to a lower K rate (16%) and some run hot when it came to the BABIP. The power numbers were a bit down this season, something of a concern all things considered, but I like the FanDuel pricing still for a guy hitting in the middle of the White Sox lineup.

There’s som risk the Dodgers keep taking their foot off the gas as the regular season winds down, but as of right now we need to assume they run a full-strength lineup. Muncy should be in the middle of the mix there and he was able to turn his season around some after a dreadful start. He has the OPS pushing .700 (a major improvement from where he was) and has gotten to the 20 home run mark as well. The FanDuel price remains too low here.

He’s not the most dynamic hitter out there but he certainly projects to be better than what we’ve seen far from his time in the majors. Aranda is slated to hit fifth for the Rays when they face off against Eovaldi and he is better than the mid-600s OPS would suggest. Plus, he’s coming at about the minimums on both sites so we are potentially getting significant value here.

As long as he is in the lineup, I think that the shortstop decisions start and stop with Trea Turner on this slate. He should be in the two-spot for the Dodgers and is one of the best fantasy options out there. On the season, he has 20 home runs and 27 stolen bases, both down a bit from previous years but not by a ton. He puts the ball in play around 75% of the time and brings in an .809 OPS. He’s a tough fade on this slate considering the spot the Dodgers are in against Feltner and how their run line is about one run higher than just about every other team on the slate.

Turner, like Muncy, is just coming way too cheap on FanDuel at $2900 and even not hitting in the heart of the Dodgers’ order is still very much a value. He’s rounded out his season with a .795 OPS even though the 13 home runs mark a noted decline in the power output. He’s still been able to get the job done from a fantasy perspective on a lower K rate and the fact that the Dodgers just score so many freaking runs. Seeing as how the LA run line is about 20% higher than the next closest team, we are going to want all the bats we can get from their lineup.

Let’s round out the Dodgers plays here with the guy who should be hitting at the top of the lineup. Betts is having an MVP-level season and though he’s not really in the running there, it isn’t for lack of effort. The dude has a career-high 35 home runs with an .880 OPS and has even added 12 stolen bases. He’s been part of the offensive engine that has been the Los Angeles Dodgers this season and there’s a reason he’s coming so expensive here.

Garrett and Luplow should hit first and third for the Diamondbacks when they face the lefty Eric Lauer on Wednesday. Garrett has come out of the gate hot for Arizona with an early .883 OPS in his first 80+ plate appearances. He strikes out quite a bit for sure, though Lauer is putting down batters at fewer than a hitter per inning. I like the prices on both sites even with Arizona’s reduced implied run line.

Meanwhile, Luplow has struggled at the plate this season for sure, but this is a guy who has handled lefty pitching very well for his career. He has an .844 OPS and .356 wOBA in that split over a large sample size and at reduced prices we can definitely target him in this matchup.