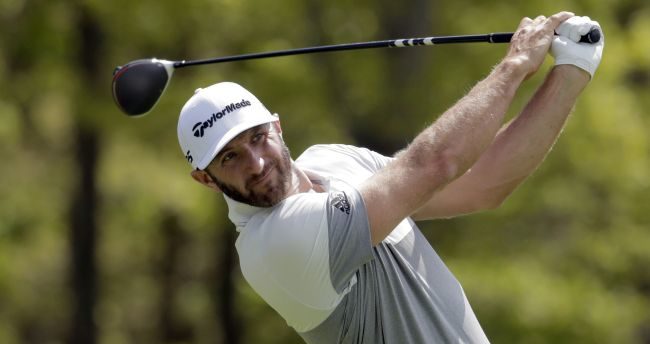 The West Coast swing continues this week as the PGA Tour visits Riviera Country Club for the Genesis Invitational. Before this season it was a 144-man open field but will now consist of 121 invited players(119 in the field) in an absolutely stacked field led by nine of the Top 10 players in the World. From a DFS standpoint especially, this week feels like a major in terms of pricing as there are a ton of players who have seen $500 to $1000 drops in price compared to the other events to start the season. This most definitely opens up a more balanced lineup construction but it also helps in stars and scrubs builds as the scrubs aren't that scrubby(compared to other weeks).

The thing I am most excited about this week is that we are back to a single course and 54-hole cut(Top 65 and ties) after another multi-course rotation last week. Riviera Country Club has been the host course at this event going all the way back to 1973 when it was the Northern Trust Open. It held that name up until 2017 when it changed to the Genesis Open for each of the last two years.

In terms of difficulty, the course has ranked as a Top 10 hardest course on Tour in two straight and three of the past five years, ranking 21st and 23rd in the other two years. The fairways are tight, the Kikuyu rough can be tricky to play out of in certain spots, and the greens are also smaller than Tour average which leads to a tougher event overall. Looking at some stats over the last five years of play here, the average fairways hit has been between 50-55% and the average Greens in Regulation in the 55-60% range. Despite this, the winning score has hit double digits in each of the last four years and has been the bombers taking home the hardware. In my opinion, this is due to the lower fairways hit % so the guys 10-20+ yards farther down in the rough are using short irons giving them an advantage. This also doesn't mean shorter hitters can't compete here, it just means if you are targeting shorter hitters make sure their long iron game is trending in the right direction. The par 4's are another area I am looking at closely this week as six of the 11 Par 4's are between 450 and 500 yards leading to a ton of long irons in the 175-200 and 200+ yard range. Then with the average GIR % down here, a strong around the green/scrambling game will be needed to not throw strokes back to the field with bogeys. Ultimately, it is going to take a solid all-around game to win this week and that is one reason why we see the cream of the crop rise to the top more often than not. 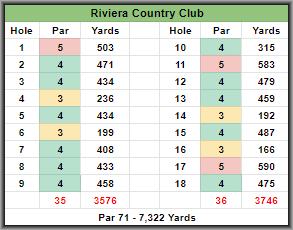 Top Stats in the Model(in order of importance)

The top tier is absolutely loaded with the top players in the world pushing down the price of some and this is where I will be starting this week. Finau's price has hit its lowest point since the Tour Championship last season and comes into this week checking every single box. Through three events in 2020 alone, he has finishes of T14(American Express), T6(Farmers Insurance Open), and 2nd(WMPO). Then we break down the last 12 rounds stats model(via FNGC) and Finau ranks(in this field) 1st in Par 4 Scoring(3rd from 450-500 yards), 9th in SG: Approach, 22nd in SG: Off the Tee, 2nd in SG: Around the Green, 1st in Bogeys Avoided, and 5th in Birdie or Better %. He now returns to Riviera where he bounced back in a huge way after back to back missed cuts in 2016/2017 with a T2 and T15. At these prices, he is a core play for me in all formats.

I honestly couldn't decide between DJ and Bubba this week so I am writing them both up. I am going to start with Bubba as I feel he is the safest(feels weird to say) and will most definitely be the chalk play this week. He not only has tremendous course history here(three wins last six trips with a T15 & T14 as well) but also comes in with elite form coming off back to back Top 10's at the Farmers Insurance Open and Waste Management Phoenix Open and ranks(in this field) Top 20 in Ball Striking, Bogey Avoidance, Par 4 Scoring, and both Proximity from 175-200 and 200+ yards. It's Bubba season. lock and load in all formats.

The first thing that stood out to me this week was that DJ sitting fifth and fourth in pricing on DraftKings and FanDuel respectively. I get it's a loaded field but outside of Bubba, he may have the best course history in the field. He won here back in 2017, and has not only made 10 cuts in 12 trips but has eight Top 10's and six Top 5 finishes in that time. The talk last week was the travel from the Saudi International and it looked good early as he posted a 69 adn 65 in the first two rounds at the Pebble Beach Pro-Am but closed with a 72/78 to finish T32. The good news here is that 2019 was very similar after that long trip the week before and he then turned it into a T9 here at the Genesis adn win at the WGC. I see him winning one of the next two weeks again and if he is going to be half the ownership as Bubba(early trends via FanShareSports), I will be loading up on DJ in GPP this week.

I really don't know how much more I can say about this kid at this point. He has pushed his made cut streak up to 14(15 if you include the Barracuda win) to start his career and already ranks among the worlds elite in terms of ball-striking ranking 4th on my sheet which is a combination of last season(20%) and this season(80%) and is also 2nd in the stat(23rd OTT, 1st APP)since the start of the 2020 season. What stands out even more about that 1st overall rank in SG: Approach is that he is also 2nd and 3rd in Proximity from the 175-200 and 200+ yard range. I don't think he breaks through with a win in this field but at $8,100 he makes a tremendous value in all formats.

The theme is this article has quickly become PTS/$ values and Kuchar is another that jumps off the page under $8K on DraftKings this week. The other theme is centered around course history and Kuchar crushes that narrative, at least for cash games, finishing inside the Top 30 in each of the last four years with a Top 10 back in 2016. The form has been up and down early in the season with two missed cuts in six events but also has three finishes of T16 or better and while the stats don't jump off the page with Kuch for the most part, he is Top 10 in putting performance on Poa in my model and one of the more consistent cut makers on tour and at these prices once again makes a great cash game play on both sites.

I am absolutely in love with a balanced build this week but there is definitely a route to stars and scrubs builds with reduced prices at the top plus some nice value options. Ortiz is one of those options and stands out in multiple areas including, you guessed it, course history as he returns with finishes of T9(last season), T26, and T20 in his last three trips. He has also made eight of 10 cuts so far this season including three Top 5 finishes so he has a ton of upside at these prices and is in play in all formats.

While many people will likely be on J.T. Poston in this range with his course history, I like a pivot to Euro Tour regular, Erik Van Rooyen. He has limited data on the PGA Tour but has never missed a cut on this tour and has no finish worse than T43(2019 US Open). Statistically, he really showed up in the events he played in 2019 gained strokes both off the tee and on approach four of his last five. I won't be going here in cash games but like the upside at possible low ownership for GPP formats.