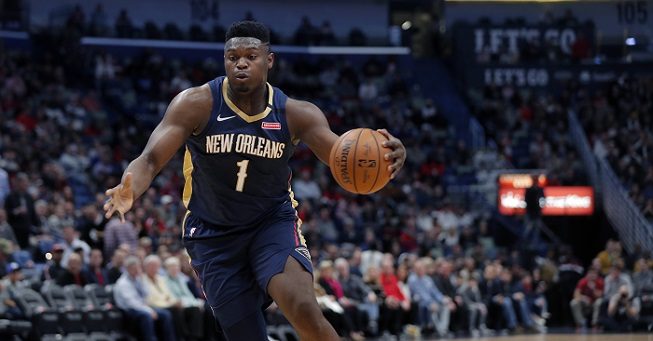 The Los Angeles Clippers at the Boston Celtics

Boston is favored by 1.5 points and no total has been released on this game as of this writing.
Our first Thursday game is a rematch of the November 20th nailbiter that saw the Clippers pull out an overtime victory in a rare contest where both of these teams were (almost) at full strength. Gordon Hayward's absence certainly left a fingerprint on that game, but I still think we can learn a lot from it. Patrick Beverley has already been ruled out of this one, so it won't be a full rematch of their last meeting, but these teams are healthy enough that I'm still pretty excited.

On a tiny two game slate every team has to be in consideration, but our lineup optimizer sees a pretty big difference between the best and worst plays on each team. Let's have a look.

On a two game slate power forward is pretty shallow, and Theis stands as a pretty clear play at the position. He was great when these two teams met previously, leveraging his size against the generally undersized Clips to generate 14 boards and 41 fantasy points in 31 minutes of action. He looks like a no brainer here.

Let's talk about the rest.

So the Clips/Celts game in November was actually a pretty strange one. Hayward was missing, and Jaylen Brown and Kemba Walker shot a terrible combined 7-31, which left the game mostly in Tatum's hands.

Our system sees this one playing out much differently, with Walker, Hayward, and Brown being good plays while Tatum is looking a little overpriced. I especially love Kemba given that he won't have to deal with Beverley harassing him at every turn, and would love to fit him into my cash games.

Our system sees these two guys as comically under-priced on FanDuel given the run they are getting right now. Beverley's absence has thrust Lou-Will into the starting lineup, and while he won't get the same usage playing alongside George and Leonard, he still cobbled together solid value on these prices against a tough Philly defense. On a short slate, I don't see how you get away from the savings here.

The only other Clipper we're looking hard at here is Landry Shamet off the bench, but that carries obvious risk. Kawhi and PG are too expensive when they are both healthy, especially in a tough match-up, and I'll look to invest my extra money elsewhere.

The Oklahoma City Thunder at the New Orleans Pelicans

New Orleans is favored by 2 points and no total has been released on this game as of this writing.
Unlike the Boston/LA game, we don't have a great precedent to turn to for this one since this is a totally different New Orleans team with Zion Williamson in play. This won't stop our system from coming up with solid projections, but it does mean we are shooting from the hip a tad more on projecting the minutes.

Lonzo Ball FD - $6600 DK - $7000
Opponent - OKC
Proj Pts FD - 38.32 DK - 39.59
Ball draws a very tough match-up with the Thunder's tenacious back court defense, but he's also under-priced relative to his current role and opportunity. He's paid these FanDuel prices handily for eight straight games, and looks very comfortable playing alongside Zion. He's contributing across the board right now, and that means that the CP3-SGA duo should do less to quell his production than they would most. On a night with so few options he looks like a solid PG play.

We finally got the explosion game we were looking for against the Trail Blazers, with Zion posting his first 50 fantasy point game in just 27 minutes of domination. Our model loved him in that game given the terribly problematic match-up he presented to Ariza and Melo, and it certainly likes him less so against a Thunder team that's allowed the fewest fantasy points in the league to opposing power forwards this season. Williamson is a singular enough talent, though, and his price is still low enough that I think he sees huge ownership at a shallow position.

Jrue Holiday is also popping up for us, and it's not even because he's been absolutely out of sight in his last two games. He's absolutely dealing on the offensive end right now, and his great defense is also translating to a critical mass of defensive stats as well. The Pels will need that D against the Thunder, and he's looking like a great cash game play here.

Adams is the class of a center position on FanDuel where honestly very few realistic plays even qualify. You're not going to run any centers from the Boston/LA game, given that all those guys come off the bench. You could think about Favors, but that seems like a lot of risk for negligible reward. I'll stick with Adams, who is coming off a game against San Antonio that saw him post highs in minutes and fantasy points since returning from injury. He looks like a free square tonight.

Two more solid plays from OKC, though you could of course argue that the whole team is in play given that New Orleans represents by far the best DFS match-up on the slate today. Paul and Gallo have both been sitting around 5x points per dollar on these prices recently, and with things clicking in OKC I expect that to continue against the Pels today.