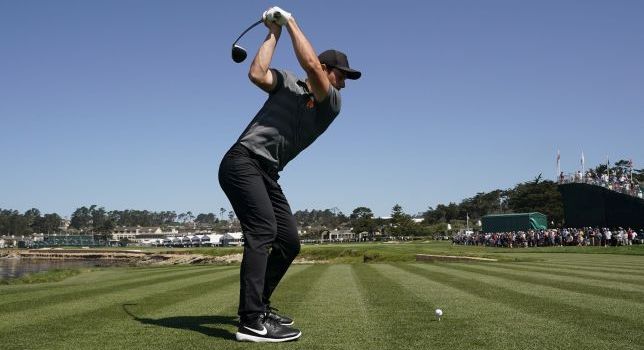 The PGA Tour Playoffs are underway but if you just looked at last week's winner Dustin Johnson(-30) and the gap between him and second(11 shots) you might have thought he was playing in a Korn Ferry tour event. This was not the case as he followed up a near record-breaking Friday round(60) with a 64/63 on the weekend which came a week after his T2 at the PGA Championship and only one month removed from three straight rounds of 78 or worse. It has been a roller coaster ride for DJ, to say the least, and now his focus shifts towards winning his first FedEx Cup Championship.

The second of three playoff events takes the Top 70 players in the FedEx Cup standings to Olympia Fields Country Club for the BMW Championship. We can throw course history out the window this week as the last time the course was used for competition among anyone in this field was the 2015 US Amateur where Bryson Dechambeau beat out the field which included Jon Rahm and Maverick McNealy who are also in this week's field. Before that, it last hosted the US Open back in 2003 when Jim Furyk took home the hardware.

Olympia Fields North Course is a tree-lined par 70 setup listed at 7,366 yards on the scorecard. The course has multiple defenses starting off the tee with narrow fairways, thick rough(4+ inches), and tons of bunkers(85 in total). The greens are slightly below average in size(6,000 sq ft) and like the fairways, are all guarded by lots of bunkers. Water is another defense of the course with it coming into play on nine holes this week so there is most definitely an opportunity to put up some big, ugly numbers.

While I don't think we U.S. Open type scoring this week, I also don't think we see Korn Ferry Tour scoring like last week, either. I am looking at more of a -12 to -16 type score for the winner and keep in mind this is also a no-cut event so all 70 players get to tee it up for four rounds.

For my model this week, I am looking mostly at form since the return to golf with ball striking leading the way from a statistical point of view. There are only two par 5's this week, both over 600 yards, and seven of the 12 par 4's are over 450 yards. This adds weight to the longer hitters in my model as well and not that shorter hitter can't win(Jim Furyk 2003) you just need to be looking a lot closer at their long iron game when targeting them. 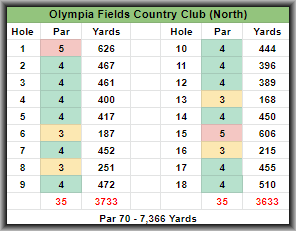 Since winning the WGC FedEx St. Jude in early August, JT has let us down with a T37 at the PGA Championship and T49 last week at the Northern Trust. As I often do, I will continue to ride the play especially considering his price has dropped to the third most expensive on both sites. Looking at the stats since the return, he ranks 2nd in SG: ball striking and approach, 6th in proximity(10th from 200+ yards), 3rd in par 4 scoring, 1st in opportunities gained, and 10th in birdie or better gained. On top of that, I have updated my no-cut event database and guess who sits #1? That's right, in 19 events since the start of the 2017-18 season, JT has six wins, 13 Top 10's and is the only golfer to average over 100 DK points per no-cut event. he is my top DFS play in the top tier and I will also be betting him outright.

It was a tough decision for my second top tier pick between Berger and Morikawa as they are close in almost every metric I am focusing on this week. I will have lots of exposure to both but currently leaning Morikawa as my favorite for a couple of reasons. First of all, the both rank Top 10 in ball striking since the return but Morikawa has the edge in terms of long iron play ranking 5th and 16th in Prox from 175-200 and 200+ yards(Berger is 37th/39th). The differences are very small in terms of statistics so to make my final decision I turned to ownership projections and as of Tuesday morning, Berger leads all golfers in tag count while Morikawa sits just outside the Top 5. I will be monitoring this up until lock and if the gap is still sizeable with a projected 5%+ difference in ownership, I will have much more Morikawa, especially in GPP formats.

It was an insane week at the Northern Trust with English's performance going a bit under the radar thanks to Dustin Johnson's insane -30 winning score.  While we maybe didn't expect him to go out and shoot -19, it was no surprise he was on the leaderboard as he has been one of the most consistent players since the return. He did miss the cut at the opening Charles Schwab Challenge but has since posted six straight Top 20 finishes capped off by that runner-up last week. Statistically, he has been tremendous all-around ranking 9th in SG: Approach, 8th in SG: Around the Green, 7th in SG: Putting, and 16th in Birdie or Better since the return. Value is hard to come by this week so getting a player performing at his peak in the second tier of pricing makes him a core play for me in all formats.

With the smaller field and no-cut event I find myself looking for ownership pivots more than ever this week. One place I will be watching is the mid-range and mainly due to the fact Russell Henley looks like he will be chalky once again. Not that I disagree with that as he is a core play for me on both sites at his price but I like getting more exposure to Hovland who is likely 5-10% less owned this week in GPP formats. Hovland has been consistent since the return making all nine cuts(one no-cut event in there) with a Top 10 and six Top 25's and ranks 3rd in ball striking, 6th in opportunities and 6th in birdie or better in that time. The putter is red hot and he could be lower owned so load up on Hovland in GPP formats.

It has been a minute since I recommended Steele in an article but at these prices in a no-cut event, he is on my radar. He has made six of seven cuts since the return including flashing some upside with a T6 at the Travelers. In this field, he is Top 30 in ball striking, 12th in SG: approach, 7th in proximity for 200+ yards and while he is 41st in BoB% he is 13th in opportunities gained. A perfect addition to a stars and scrubs build.

It is rare that I double-dip in the $6k range but no-cut events lead to much more of a stars and scrubs build as you don't have to worry about missed cuts. Not that it has been an issue for Duncan since the return as he has made eight of nine cuts and ranks 23rd in ball striking and 9th in SG: Approach(8th in prox from 200+) in that time. The putter is what holds him back but at these prices I am willing to take a risk he figures out how to putt even field average this week if it means multiple stuff players in my lineups.