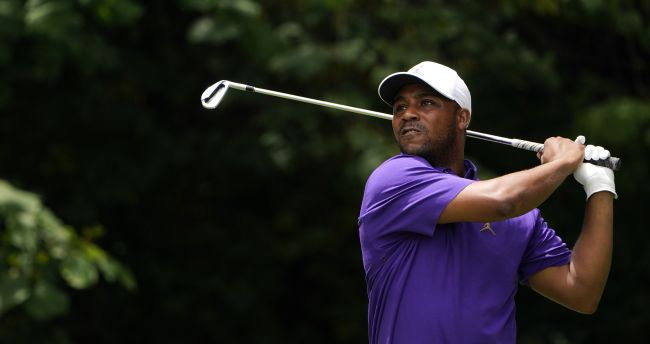 Without the Ryder Cup happening this year we immediately jump back into action and start the 2020-21 season with a trip to Silverado Resort & Spa for the Safeway Open. While we have been treated to some terrific fields since the return of golf(that includes the non WGC's, Majors, and Playoff events), this is not one of those weeks. There are no players ranked inside the Top 25 and only five who rank Top 50 in the Official World Golf Rankings. Outside that Top 50 but #1 in our hearts this week is Phil Mickelson who is coming off a win in his very first Champions Tour event.

This event has changed names(previously Frys.com Open) and has been played at Silverado Resort & Spa since the 2015-16 season giving us six years of course history. The fairways at Silverado are narrow which has produced a low driving accuracy number which sits around 50% each year. This doesn't mean we need accuracy guys mostly because the rough is not nearly as penal(around 2.5-3") which shows as the average GIR over the same sample size is between 65% and 70%.

Looking at the hole composition, nine fo the 10 par 4 holes are under 450 yards so when breaking down a player's iron game, we are most likely going to see a ton of approaches coming in the mid ranges(125-175 yards). All four par 5's are reachable in two by almost everyone in the field and this has led to an average around 30 eagles per event.

For the most part, I will be looking at players who are trending in the ball striking and scoring stats to build my core. Let's take a look at the course and some trends and then dive into the picks. 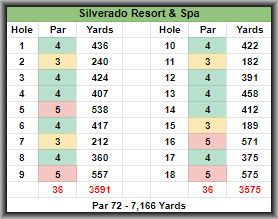 With the strength(or lack thereof) of the field this week we are going to have to deal with inflated prices on golfers and Varner is one of them. While he has been up and down since the return of golf(5/9 in cuts made), he ranks very high in my model in this weak field. Looking at my short term model(since return), he ranks 2nd in this field in SG: Tee to Green, 6th in SG: Approach, 1st in Par 4 Scoring, and 3rd/4th in opportunities and birdies. On top of that, he returns to Silverado where he has finished 17th or better in three of his last four trips and has made the cut in all five trips. I will have exposure in all formats.

While I will have some exposure to the guys priced $10K and up(on DK), I will be mostly sticking to a balanced build. Another player in my core in all formats this week is Chez Reavie who has made seven of nine cuts since the return of the golf with a Top 10 and three Top 25 finishes. In this field, he ranks 21st in SG: Tee to Green in that time and the biggest issue has been the putter but the good news is Poa has been hs best grass type for the flat stick. That cold putter has hurt his birdie upside(133rd in BoB Gained since return) but the good news is that he has gained strokes on approach in seven straight events and ranks 33rdin opportunities gained. If he can even putt slightly above field average this week, I can see him contending come Sunday.

Burns missed the cut here in his first trip two years ago but if we remove course history from the model, he jumps near the top of the PTS/$ rankings this week. He is coming off a missed cut at the Northern Trust but had tallied five straight finishes of T32 or better before that. He ranks 14th in this field in Strokes Gained: Tee to Green and is Top 10 in both Par 4 and 5 scoring. Burns is a core play for me in all formats.

Bryan missed the 2019 season after shoulder surgery and it has been a long road back but he is trending once again and comes at a terrific price. He played three Korn Ferry Tour events making the cut in two of them and has also played four times since the PGA Tour returned to play and has not only made the cut in all four but has finished T31 or better in three straight. The iron game is as good as it has ever been as he has gained 20.5 strokes on approach in those four events. At these prices, in this weak field, I will have a lot of exposure to Bryan.

There is a lot to like about Schenk this week and it starts with his form. After missing back to back cuts at the RBC Heritage and Travelers Championship, he has made five straight cuts on the back of his irons as he has gained strokes on the field in each of those five events. In this field, he also ranks 18th in average DraftKings scoring since the return but is 64th in pricing. Lock and load.