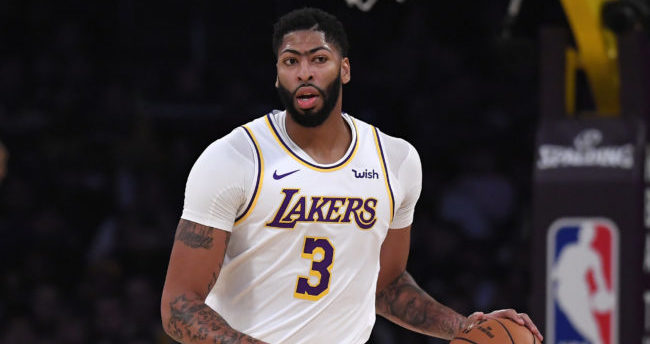 Head on over for your chance to get DFSR PRO, which will give you access to our NBA FanDuel and DraftKings optimizer, our MLB Optimizer and NHL Projections as well. Plus our new player lab! Get started for free by clicking the button below.

2019 was a lost season for Curry and the Warriors and this year could be a rocky one with them operating with so much new personnel. But if the final preseason game against the Kings was any indication, Curry is likely to post some monster usage numbers this season with Klay Thompson on the shelf. He chucked up 23 shots, including 13 three-pointers on his way to 29 points in 29 minutes. This Brooklyn team they are facing will be a problem on offense, but the defense, especially around the perimeter is a bit lacking. This game could very much turn into a shootout and there’s a high floor on Curry’s performance.

Kyrie put up 17 and 18 points respectively in the Nets' first two preseason games and he should be among the league leaders in scoring this season even with the time-sharing the court with Kevin Durant. They will account for such an outsized part of the Nets offense and both will likely be able to sustain these prices considering the pace at which the Nets are projected to play. This game should be up and down the court which will really play into Kyrie’s skill set. On FanDuel, stacking the two, star point guards is likely the way to go.

If looking to go a little cheaper, I don’t mind a low ceiling Patrick Beverley (FD 4200 DK 4400) play. He remains the starter and can put up fantasy points in dribs and drabs if the minutes are there. It’s not a rousing endorsement, but that’s the case sometimes with punt plays on small slates.

The usage dips when he shares the court with Kawhi Leonard, but the price is totally reasonable on both sites for George. He’s priced in the middle tier for a reason coming off a season in which he scored just north of 21 points and had the worst rebounding numbers of his career. But he was also a 41% three-point shooter last season and with some of the Clippers' other changes, losing Montrezl Harrell for instance, more of the offense could go George’s way. I like the play on both sites and the minutes should be high right out of the box for George in this season opener.

He’s currently dealing with an ankle injury so we will have to monitor his status leading into this game. But if healthy, Schroder should be in the starting lineup for the Lakers. Honestly, even if he was coming off the bench in a sixth-man role, I would still be inclined to play him in cash on FanDuel. The Lakers sorely needed a secondary ballhandler and off-the-bench scorer last season and Schroder should fit the role. Last season with the Thunder, he averaged 19 points per game off the bench though was part of the team’s closing unit. That should be the case and he’ll have plenty of chances to score in this Lakers’ offense.

We could see some decent volume shooting from Oubre in this offense. He got up double-digit shot attempt in somewhat limited minutes for the Warriors' first two preseason games. He didn’t make the trip to the bubble in the summer, but Oubre is coming off a season that saw him average 19 points and 6.4 rebounds for the Suns last season. The three-point shooting crested over 35%, the best of his career and he should see plenty of opportunities on this Warriors’ squad. I don’t love small forward on this slate, but do think Oubre’s skill set lines up well matching up against the Nets in a fast-paced matchup.

Marcus Morris didn’t play at all during the preseason and is currently uncertain for Opening Night. I don’t think he’ll play and that should keep Batum running with the starters. Batum, sharing the court with Kawhi Leonard and Paul George, was actually moderately effective from a fantasy perspective in their final preseason game against the Jazz. He grabbed eight rebounds and even managed to get up six shots in his 25 minutes. Coming at the minimum on FanDuel at a thin position has Batum in the cash game discussion

Power forward has long been the bane of fantasy existence especially on FanDuel, but there’s a lot to like about things here on this short slate. For starters, Anthony Davis as a top pay up option is the clear play on both sites. He may be asked to do even more to start the season especially if the Lakers want to bring on Lebron a bit slowly after the championship run in the bubble. Davis’s numbers took a bit of a step back from when he was on the Pelicans but he was still a monster last year, averaging 26 points and nine rebounds while also 3.8 blocks+steals. Those latter defensive stats really help on FanDuel and he has double-double potential every night. He would be a very tough fade on this first night of action.

After almost a year-and-a-half off, Kevin Durant looks completely healthy. In the Nets' second (and final) preseason game against the Celtics, Durant ran 27 minutes, scoring 25 points, pulling down six rebounds, and chipping in three blocks as well on the defensive end. Durant led the team with 16 shots and that usage should remain among the best in the league this season in Brooklyn. The price is much too cheap on FanDuel and even if you think the Nets play it safe to start the season with their superstar, he’s still a cash game play over there.

On DraftKings, I think you can consider Eric Paschall (FD 4900 DK 3800). He should get the start for an injured Draymond Green though there’s some chance it goes to James Wiseman. But Paschall has more experience in this scheme and even if Wiseman started, that could be over Looney. Paschall would come in as a DK punt play in the sub-4K range and should play 24-25 minutes at least if getting the start.

Center stinks on this slate. It’s that simple really. On DraftKings, with multi-position eligibility, Anthony Davis and some other guys make it a bit easier. But on FanDuel it’s a bit messy. DeAndre Jordan’s biggest superlative as a cash play is that he’s at least starting for the Nets. He won’t be asked to do much of anything in the offense, and won’t likely be part of their closing units. But for this FD price, the per-minute rebounding and random defensive stats should be enough to justify a cash play.

Much like Deandre Jordan, Gasol is getting consideration here because he’s starting. He’s unlikely to provide the same per-minute fantasy scoring we saw out of Javale McGee and Dwight Howard last season in the same spot, but Gasol has more passing ability and will likely be asked to operate further from the basket. That could lead to some three-point opportunities and assists that we didn’t see out of the Lakers’ bigs last season. Like Jordan, he almost definitely won’t be in the closing unit, but the position is very thin.