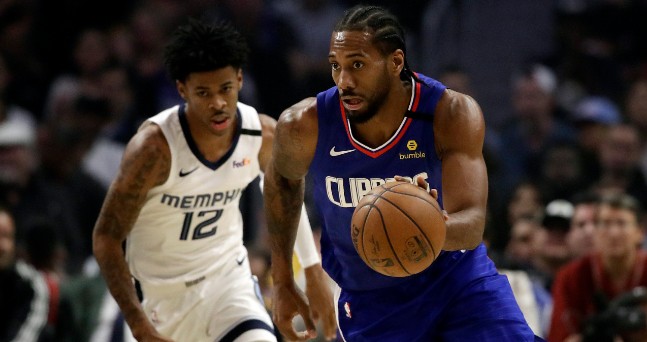 Without Joel Embiid on the court, Simmons becomes even more of a floor general and does see the usage and rebounding especially go up. He’s also in line for major minutes, running 40 in regulation last time out against the Bucks and finishing with a triple-double 13 points, 12 assists, and 10 rebounds in the overtime loss. At these prices, in a matchup against the Kings, he’ll considerable chalk on both sites, especially FanDuel where the price is way too low.

Poole got the start for Stephen Curry who sat out Friday with an injury. The latter is out on Saturday as well and Poole should be right back in the mix. The price isn’t exactly cheap on either site considering he’s moving from a bench role, but this is still a value considering how the Warriors are using him without their superstar. Poole took the second-most shots on the team on Friday (15) and finished with 25 points. It’s worth noting that his fantasy output was almost entirely scoring-based and he had three total assists+rebounds in his 34 minutes. But we’ll have to make do with his usage at these prices and the minutes should still be in the mid-30s.

If the minute's restrictions are off and he’s a full-go now on a back-to-back then Derrick White (FD 5000 DK 5900) is a very good FanDuel play.

Speaking of Warriors without their superstar, Wiggins took over Friday night’s game against the Grizzlies in Curry’s absence and put on a scoring show. The much-maligned former #1 pick has only shown flashes of the scoring upside over his career. But it was on display on Friday, finishing with 40 points while also throwing in eight rebounds and four assists. He took a team-high 25 shots and should be in line for somewhat similar usage on Saturday considering the lack of options the Warriors have right now with their scoring.

It’s looking already like there is going to be a decent amount of middle-tier value on this Saturday slate meaning we are going to be able to pay up whenever needed. And honestly, PG isn’t even all that much of a pay-up guy. Still sitting at sub-$8K on FanDuel and barely over it on DraftKings, he’s very much a bargain on both sites. And the minutes are as solid as they come with 38 and 41 in regulation over his last two games. He needs to knock down his shot, especially the three to bust it out of the box on these prices, but he’s averaging almost 17 shots and eight three attempts per game. The volume should be there against a weaker Charlotte team that ranks in the bottom-third defensively.

Kawhi, like PG is coming just a tad too cheap in this matchup and especially on this slate where there aren’t all that many expensive options. Only one player (Giannis) is in the five-figure range on either site meaning we aren’t going to take the full stars and scrubs approach with this slate. The minutes on Kawhi are very safe in close games and the price has stagnated some because he’s struggled from the field and from three over his last two games, going 2-9 from beyond the arc. But he took 20+ shots in both. This is a pretty easy play considering the pricing options on this Saturday short slate.

At the risk of writing the guy up the day after the game of his life, well, risks have to be taken. Keldon Johnson put on an absolute show on Friday night with a tre slate-breaking performance against the Cavaliers. He put up a whopping 23 points and 21 rebounds (21!) against the Cavaliers. Almost bigger than those numbers (not really, but for our purposes) was the 39 minutes he played in regulation. That’s very anti-Spurs and I’m not sure we can totally trust it. But we’ll have to on this shorter slate. He’ll be a popular play on the back of last night’s performance, but the increased minutes do back up playing him here in cash.

Green had a very weird stat line on Friday night against the Grizzlies. He put up close to 40 FanDuel points but didn’t hit a shot, going 0-6 from the field. He’s making his fantasy bones on the back of assists (13) and rebounds (11) with defensive stats thrown in there as well. It’s a very weird fantasy profile, but we’ll take it especially on his FanDuel price point. It’s a little closer on DraftKings though he continues to have double-double potential for that site.

Like Simmons, Harris sees both his usage and his rebounding numbers tick up when Joel Embiid is off the court. He got up 20 and 23 shots over the last two games after the All-Star Break though definitely struggled from the field in the last game against the Bucks. We should run him out there against this Kings team that ranks dead last in the league by an unhealthy margin on defense for the season. Harris should be good on the shot volume and minutes which are both totally safe going into this game. The price has ticked up a little, but not enough to account for the opportunity increase without Embiid.

Tony Bradley is getting the start in Embiid’s place but Howard is playing more of the center minutes. Over the last two games, Dwight has rolled 28 and 25 minutes in regulation and put up an average of 12 points and 13.5 rebounds per game. That run and output are enough to play him at center on FanDuel even with the price in the middle tier. On DraftKings, it’s not as clear a play with the salary really climbing.

Like I said, on DraftKings and really after Dwight Howard center becomes a tricky position. For what it’s worth Giannis Antetokounmpo (FD 11400 DK 11100) qualifies there now and makes for something of the play if you can pile in 1-2 cheap plays. It’s not crystal clear and some of the above plays would definitely prevent it, but the position is very weak.