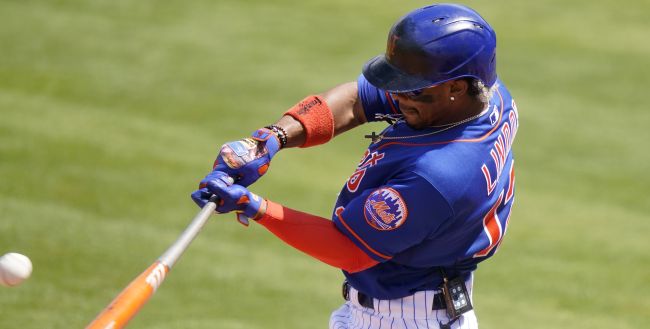 Welcome back to another full day of baseball. We have a mix of early slates between the two sites so for this article, I will be looking at my top plays at each position for the main slate on DraftKings and FanDuel. Let's get started.

The main slate is not short of top pitching options as most teams' rotations are turning over for the first time. I will start with Tyler Glasnow who was dazzling on opening day going six innings, allowing just one hit, and striking six while walking zero batters. While this game doesn't have the lowest total(8.5) nor are the Rays the biggest favorites(-141) but Glasnow has big time K stuff(38% in 2020) and faces a Red Sox team who have only scored five runs through three games going into Monday with.205 team wOBA. There is an argument to go elsewhere on FanDuel where Glasnow is 2nd in salary but on DraftKings, he is my top pitcher in the low $9K range.

Kershaw got a tough draw to start the season pitching in Coors and looked a bit rusty as well giving up 10 hits and five earned runs while striking out just two batters. I am not overlooking that opening day performance but I am not overly concerned as the price has not budged at all on either site and he faces an Athletics team that has struggled offensively scoring just nine runs in their first four games while striking out 26% of the time. I look for a big bounce-back game from Kershaw and he is in play for me in all formats.

At first base, I love turning to the Jays/Rangers game as we get two options in the mid-tier. Let's start with Vladdy Jr. who came into this season in *coughs* much better shape than last year and while he hasn't exploded quite yet, he does have a hit in each of the Jays first four games and has tallied double-digit FanDuel points in two straight. The Jays are Top 3 in implied runs tonight and Vladdy hits right in the middle of the lineup and should continue to get tons of opportunities and best of all, comes with a second-tier price tag.

For Lowe, he joins a new team in 2021 after spending the first couple of years in Tampa and has already taken on a huge role. He is hitting cleanup for Rangers and a hit in all three games including two multi-hit efforts and a league-leading nine RBI. He and the Rangers now get a plus matchup against a below-average to bad arm in Tanner Roark.

Also Consider: Max Muncy(LAD) on FanDuel in the mid $3K range as he has started off red-hot with hits in three of four games with three multi-hit efforts

Marte has arguably been one of the best players in the big leagues to start the season going 9-16 with two doubles and two home runs over the D-Backs first four games. This combined with the matchup in Coors Field explains why he is the most expensive bat on FanDuel but that is not where I am targeting him tonight. Over on DraftKings, he is not only the third most expensive bat in this game but outside the Top 40 priced bats overall. Lock and load in all formats on DK.

As they usually do when at home in Coors, the Rockies lead all teams in implied runs but for this article, I am going to look at a couple of value plays. It starts with Garrett Hampson who is having a solid start with hits in three of four games and has moved up to the two-hole over the last couple of games. He and the Rockies now get to face a pitcher in Luke Weaver who struggled over 12 starts last season with a 6.58 ERA and 5.06 xFIP. Hampson is in play in all formats on both sites but his best value comes on DraftKings where he is vastly underpriced if once batting 2nd. Stay tuned for starting lineups.

We talk about leadoff hitters and their implied at-bat advantage for DFS all the time here at DFSR and here is another example. Kiner-Falefa has opened the season at the top of the Rangers lineup and has looks terrific with hits in three of four games and multi-hit efforts in two straight. Even as a Jays fan, I am not confident in Tanner Roark and feel the Rangers will put up runs early giving Kiner-Falefa excellent PTS/$ and putting him in play in all formats.

The Mets made it clear they are in win-now mode by going out and trading a ton of assets to acquire Francisco Lindor and then signing him to a monster 10-year extension. What stands the most here tonight is the fact we a player of his caliber as the 7th most expensive shortstop on DraftKings and 4th most expensive on FanDuel. Then add the fact he and the Mets get to face Chase Anderson who gave up a 16%+ barrel rate(bottom 10 among starters) last year. Take advantage before the price climbs, especially on Draftkings.

Another value bat that stands out for me in Colorado is Ryan McMahon who, like Hampson, is having a solid start to the 2021 season. He went hitless on opening day but has since tallied hits in three straight with a double, home run, and has also scored a run in each of those games. The only downside here is that he hits down in the bottom half of the lineup but considering the Rockies are #1 in implied runs and Weaver struggled even more vs. lefties last season, I am on board with McMahon in all formats.

The Jays are loaded for bear on the offensive side of the ball and Cavan Biggio is a huge part of that hitting in two-hole. He hasn't jumped out to a hot start, by any means, but did hit his first long ball yesterday and should have more opportunities today as the Jays are Top 3 in implied runs on this main slate against Dane Dunning and the Rangers. What stands out the most here is the price and PTS/$ value on both sites allowing us to spend up elsewhere.

He broke onto the scene and made a name for himself in a hurry late last year and into the playoffs and now we get a full season to see if it was just a flash in the pan. So far so good as he has hits in all three of the Rays game but hasn't yet got that big hit. There is a good chance it could come tonight vs. average(at best) lefty Martin Perez. In a limited sample of 23 at-bats vs. lefties during the regular season last year, Arozarena had eight hits, four for home runs. He comes at a fair price in relation to other outfielders and their matchups putting him in the conversation as a top PTS/$ outfielder tonight.

From a PTS/$ perspective, the Mets are one of, if not my favorite, team to stack in all formats tonight. They get a plus matchup vs. Chase Anderson and sit Top 5 in implied runs and their prices make it easy to stack 3-4 players at the top of lineup and still get top pitching. Conforto hits behind Lindor and make up my favorite two-man stack on the slate and it was positive to see him start off with a multi-hit effort yesterday.