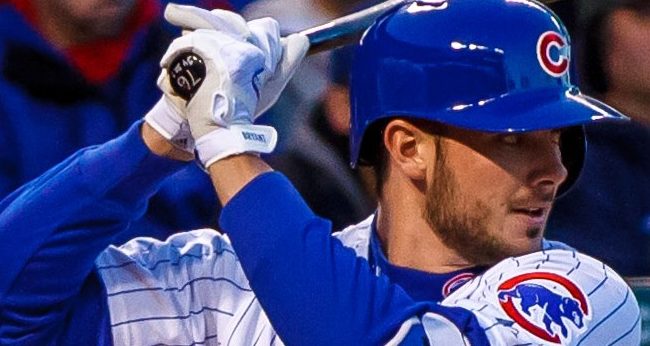 After yet another dud vs. the Blues Jays who have his number(sort of bragging as a Jays fan), Glasnow bounced back in a huge way going eight innings holding the Royals to three hits while striking out 11. It was the sixth time in 11 starts he has struck out double-digits and enters tonight with an elite  36% K rate to go with his 2.57 ERA/2.72 xFIP. While the matchup vs. the Yankees would normally scare me off that is not the case this season as they rank 23rd in runs scored and sit 10th in K rate(25%). With his lowest price since opening day and getting Yankees at the perfect time, Glasnow is easily my top pitch Tuesday night.

While this pick may seem like "point chasing" as Bassitt is coming off his best start of the season with a two-hit complete game against the Angels, hear me out. He has been incredible lately scoring 20+ DK/40+ FD points in seven of his last eight starts and enters the night with an impressive 3.21 ERA/3.547 xFIP. The biggest difference in that K upside this season has been the effectiveness of the slider that is generating a 27% swinging-strike rate. The Mariners are a bottom thrid offense overall and also happen to rank bottom 5 against sliders. I am looking for another solid start here from Bassitt and will be pairing him with Glasnow on DK in cash games. I can also see the argument to fade the 10K+ pitchers and start your lineups with Bassitt but that is more of a GPP play for me tonight.

Also Consider: If you are looking for a value SP2, I don't mind Brady Singer(KC) who is a big favorite(-175) and faces a Pirates team that is near the bottom of the league in all offensive categories, or Adrian Houser(MIL) who also gets a plus matchup vs. the Tigers below-average offense but just doesn't have a lot of K upside

You can pretty much slot Muncy into the 1B slot on a nightly basis and feel good about it as he has been one of the best players in the game trailing only Vlad Jr. and Nick Castellanos in WAR. He has been great overall but even better lately with a .481 wOBA, 212 wRC+ and 10 home runs in May.

The matchup tonight is an interesting one as John Gant enters with a dazzling 1.81 ERA but don't be worried as he has been getting away with murder practically. He is second in the league in walks(31) giving up three or more in seven of nine starts yet has only given up more than two earned runs once. Something has to give and a meeting with the Dodgers could be the regression matchup we have been waiting for. Muncy is in play for me in all formats.

The Rangers have been slumping and are a slightly below-average offense but get a slight boost tonight as they roll into Coors Field. If you are looking for some cheap Coors exposure as a one-off to fit top pitching, the Rangers provide it and Nate Lowe is my favorite of the group. He has been a very streak hitter but hits righties well with a .349 wOBA/126 wRC+ on the season and while Marquez is not the best matchup, he has given up over a run more per game at home.

The Twins get a plus matchup tonight and sit atop the implied run rankings and I will be attempting to get as much exposure as possible in all formats. Let's start with some value in Jorge Polanco who, despite picking up hits in three of his last four games, has seen his price drop back in the low $4K range on DraftKings. He is a switch hitter that is fairly balanced and tallied a .349 wOBA, 123 wRC+ against lefties since the start of last year. If back in the top half of the lineup, Polanco is in play in all formats.

If I asked you who leads the league in hits going into tonight, how many people would have guessed Adam Frazier? Seriously I think the number is probably under 10% outside of Pirates fans. He hits leadoff and comes cheap on both sites and while the upside is limited due to the overall offense, or lack thereof, he has a nice floor and at his price makes a nice one-off piece for cash games. In this matchup, it also makes sense to stack the Pirates for value to load up at pitcher and with a top stack.

Also Consider: Jose Altuve(HOU) as the Astros are in a good spot sitting Top 5 in implied runs

There is definitely no shortage of elite shortstops if you want to pay up but I love the value in the next tier and its starts with Carlos Correa. The Astros are a Top 5 team in terms of implied runs and Correa has been one of the hottest hitters in the game over the past couple of weeks posting an insane .482 wOBA and 220 wRC+ since mid-May. At these prices, he is easily my top shortstop on both sites.

The Royals offense is really starting to heat up and have now tallied 5+ runs in four straight games and are currently a Top 3 team in implied runs. Not only that, they all come with affordable price tags making them my top PTS/$ team in all formats. Let's start with Mondesi who got a late start to the season but is making up for it with hits in five of seven games with four multi-hit efforts and two home runs. FanDuel has caught up in price but he is a near must-play on DraftKings in the mid $3K range in a plus matchup.

If the Cubs were still looking to move on from Bryant this would be the time to trade him as he is having a career-year coming into tonight hitting .324 with a .376 wOBA and 175 wRC+. He faces a lefty and has been arguably the most productive bat in the league in the split with an insane .432 average, .599 wOBA, and .523 Isolated Power. If looking to pay up at the position, Bryant is my top pick and likely comes under-owned with Bregman and Devers both coming cheaper.

Another player who will drive down the ownership on Bryant is Justin Turner. A slump in early to mid-May drove his price down into the second tier on both sites creating a buy-low opportunity and the good news is that he is warming up with hits in four straight and five of his last six starts with two home runs and six runs scored. The Dodgers are in a good spot tonight and Turner is right near the top of our PTS/$ rankings at the position. Lock and load!

Right back to the Royals in the outfield as they get arguably the best matchup on the board. They are facing Will Crowe who has given up 5+ hits, 3+ earned runs, and at least one home run in each of his last three starts and enters the night with an ugly 1.67 WHIP, 5.67 ERA, and has given up a .369 wOBA to opposing hitters. I will start with Merrifield who, for some reason, has seen his price dip below $5K on DraftKings and $3K on FanDuel. Sure, he is having a slower start to the season but the good news is that he has been better as of late with hits in eight of his last 10 games and gets a matchup vs. Wil Crowe who has given up a .414 wOBA to right-handed bats.

If you are looking for even more value, Andrew Benintendi is coming off a red-hot May where he posted a .333/.373/.441 slash line. He hits near the top of the lineup against righties, gets a plus matchup, and is very cheap on both sites putting him in play in all formats.

Another outfield duo I am targeting tonight is the Twins who, as of writing this, lead all teams in implied runs and have been a Top 10 offense over the last month. Now they get a plus matchup against Bruce Zimmerman who gives up a lot of contact (6+ plus hits in seven straight starts) which has led to an overall 5.15 ERA/4.39 xFIP and he has also given up at least one home runs in eight of nine appearances.

For Cruz, he has been riding on the struggle bus short term but that has only driven the price down for this matchup against a lefty in which he has crushed in the split to the tune of a .382 wOBA, 142 wRC+, and .208 ISO. With all the injuries to the Twins outfield, it has presented some value and Kyle Garlick is one that stands out as he has hit leadoff in back-to-back games and is projected to be there again tonight. If so, he will be a top PTS/$ play in the system on both sites.