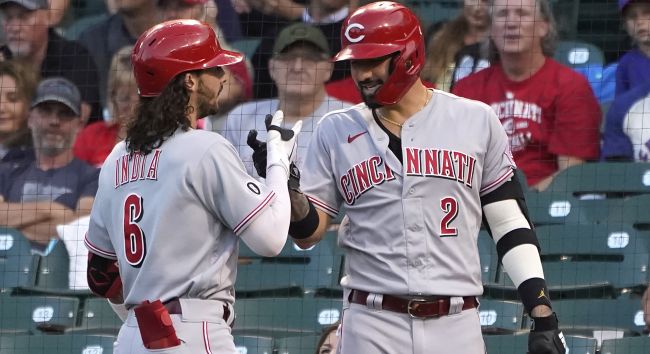 Leading the way on this early slate is Kevin Gausman who is making the most of his one-year deal in San Fran. He enters the night with a 14-5 record but more importantly, an elite 2.65 ERA backed up by a 3.32 xFIP while adding a ton of upside with a 29.4% K rate and the 7th best swing rate(51.4%) in the majors. He now gets a slumping Padres team that went into Wednesday's game losers of five straight while scoring just six runs. There are some slim pickens on this slate and Gausman is easily the top option in all formats.

From a PTS/$ perspective, Anderson is right at the top of my list under $8K in his fourth start back since injury. He saw mixed results in the first starts but looked very sharp in his last starts holding the Marlins to two earned runs over five innings while striking out nine. He now faces a Rockies team that ranks dead last in almost every offensive stat on the road. Despite the rising price, Anderson will be in my player pool in all formats.

Despite the smaller slate, there are some good spots for value and at first, that starts with Jared Walsh. He has been terrific down the stretch with hits in 15 of his last 17 games with five home runs and a .436 wOBA. This is a player who has spent quite a bit of time in the mid to high $5K range on DraftKings and is now heating up and coming at a big discount. Fire him up in all formats.

With all the injuries to the Padres rotation, they have signed Ross Detwiler who is projected to get a start on Thursday afternoon. This ties into this value play at first base as Darin Ruf crushes lefties(.428 wOBA/173 wRC+) and has gotten a ton of at-bats near the top of the lineup in these tyes of matchups. Stay tuned for lineups but if back near the top again, he will be in almost every lineup today.

India has been one of my favorite players to watch this season and has seemingly locked up the NL Rookie of the Year award. While the Reds have struggled a bit offensively down the stretch, India has continued his strong season with hits in eight of his last 10 with four multi-hit efforts, three doubles, and four home runs. He now faces Cody Ponce and a Pirates bullpen game and at these prices is a lock for me in all formats.

With the discount and more consistency from India, this is more of a GPP pivot that could be low-owned. The price has been rising fast as Harrison has taken over as the A's leadoff hitter and has hits in 11 of his last 14 games. While the hits haven't really had much impact(.279 wOBA) this is more about the matchup vs. a struggling Daniel Lynch who has given up 25 hots over his last four starts and 10 earned runs over his last two.

Now onto one of the most mispriced plays on DraftKings at the moment and likely 100% in our optimized lineups today. He is priced like a struggling 7 or 8 hitter but instead hits second, gets a plus matchup, and comes in scorching hot with hits in 10 straight and 15 of his last 17 games with 11 multi-hit efforts. I don't think we need to force a Royals stack in cash games tonight but love Lopez as a one-off value.

Also Consider: Lopez's teammate Adalberto Mondesi who hits down in the lineup but provides upside with his power/speed combo or Kyle Farmer(CIN) as another punt play if needed

I am obviously a lot higher on Longoria if Detwiler gets the starts for the Padres as Longo has been a beast against lefties pretty much his entire career. Either way, he comes cheap and is having a fantastic season overall as he entered Wednesday with a .293/.391/.540 slash line which, if the season ended today, would be career-highs. All things considered, he is my top PTS/$ play at the position.

The matchup has me a bit hesitant today but I just can't ignore the price on Moncada who is back up in the two-hole in the lineup. It comes with his consistency at the plate down the stretch as he enters the night with hits in 24 of his last 25 games(.333 average/.386 wOBA). With other teams in better spots the White Sox are likely a bit lower owned and are one of my favorite teams for GPP formats today.

Bryant has been good, not great(.273 average, 122 wRC+) for the Giants since coming over in trade but that has really helped keep his price fairly depressed and still in the sub $5K range on DraftKings. No official word on the Padres starter but it sounds like it could be lefty Ross Detwiler who was just signed and that would be a great matchup for Bryant who crushes lefties to the tune of a .404 wOBA, 155 wRC+, and .281 ISO. No matter who is on the mound, I want a piece of Bryant and the Giants in all formats.

Other outfielders to consider: Austin Slater(SFG) if leading off to add to the Giants love, Nick Castellanos(CIN) who has seen his price drop off the table providing big PTS/$ upside, or Starling Marte(OAK) who comes in hot with hits in eight straight.