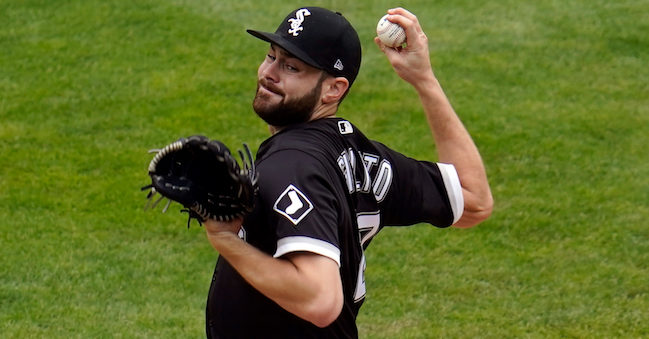 We are rounding out the season here and there are teams like the White Sox who have definitely taken their foot off the gas. They have a playoff spot locked up and these games are more about prep than anything else. We saw that with Lance Lynn on Friday who went only 84 pitches in the win. That could, for sure, be the case with Giolito here. But he still comes in with the best win odds and is a -284 home favorite against the lowly Tigers. It is something to monitor, but Giolito has had a fantastic season and the K stuff should be there even if the innings are a bit lower.

The Mariners are technically (somehow) in the Wild Card hunt in the American League despite a -49 win differential on the season. But alas, luck plays a factor and here we are. Flexen is -177 home favorite and this game only has an eight over/under. He doesn’t have much in the way of K stuff this season, but the Angels stink and this is a must-win for the Angels. That isn’t the case for almost anyone else on the slate. I don’t want to run Corbin Burnes into the Dodgers’ lineup nor Julio Urias into the Brewers considering those two teams aren’t really pressing right now.

The Astros are another team with everything locked up here so who knows which way they go with their lineup. In an ideal world, Gurriel is hitting cleanup against Blackburn and is still coming at a lower price on FanDuel. He is going to finish the season with an OPS around .840 and has 14 home runs. The 2019 power doesn’t look like it’s coming back, but that’s the case for a lot of guys. He puts the ball in play nearly 80% of the time and makes for a high-floor cash play.

Garver should be in the three spot against the lefty Bubic and is a good price on DraftKings at the catcher position. Though he dealt with injuries this season when in the lineup Garver was excellent rocking a .882 OPS and 139 wRC+ with 13 home runs in just 239 plate appearances. He’s slightly better against lefties for his career with an OPS about 30 points higher in that split. Bubic is a weaker lefty who has really struggled with control this season, walking more than four batters per nine.

With one more home run over the next two games, Altuve would have the best power mark of his career. He’s currently sitting at 31 long balls on the season and could make it happen here against Blackburn on Saturday. Batters have gone yard five times in just 36 innings against Blackburn and he’s had almost no strikeout stuff to see. That’s a problem against Altuve who is about as difficult a batter to K in the majors (13.5%).

Diamondbacks aren’t always the most exciting guys to roster in cash games, but I do like Rojas in this spot on Saturday and his FanDuel price is sitting just about at the minimum. He should be hitting leadoff for Arizona and has dribs and drabs of power and speed with 11 home runs and nine stolen bases. He’s adequate enough with a mid-700s OPS and walks 11% of the time. Plus, Senzatela stinks and the D-Backs should have the ball in play here. Hitting in the top spot at the minimum against a weak arm is the way to go with Rojas.

Anderson is appealing a suspension after making contact with an umpire and should be in the lineup on Saturday. If so, he’s in the leadoff slot for the White Sox and that’s a great spot against Matt Manning who has been among the worst regular starters in the majors this season. Anderson, from a fantasy perspective, is one of the better ones out there with 17 home runs and 18 stolen bases on the season. He makes contact at a solid rate and lets the wheels do the rest. He’s expensive on both sites, but this is such a good matchup.

Anderson is, far and away, the best shortstop option for the main slate at this point. If you want to pivot off of him, or if the suspension comes through, then Rojas (above) is SS eligible on DraftKings. On FanDuel, you can consider Amed Rosario (FD $3300 DK $4400) hitting second for the Indians against Jordan Lyles.

Bregman had a big-time drop in power this season, hitting only 12 home runs on the season in close to 400 plate appearances. That’s a big dip from the full-season 41 and 31 home runs he hit in 2019 and 2018 respectively. But he is still a competent bat, making contact 76% of the time. And he gets a great matchup against Blackburn who is a below-average arm. The price is mostly fair on Bregman at this point even if we have to temper our power expectation.

Moncada has moved down the order some with the White Sox fully healthy and prepping for a playoff push. But he and the rest of the team get one of the best matchups on the slate against Manning. The latter has struck out batters at only a 13.6% rate this season and has a 5.29 xFIP through 80+ innings. That’s about as bad as you’ll see. Moncada will swing and miss (25% K%) but takes walk (13%) and should have plenty of chances for contact with this matchup.

A White Sox stack should be in order today considering who the Tigers are putting on the mound. Robert looks locked into the second slot in the lineup at this point and has had a fantastic season. Sure the .398 BABIP is a little unsustainable, but this dude rocked a .943 OPS on the season thanks to 12 home runs and .378 OBP. He will mix it up on the base paths also and has six stolen bases. He, like some of his White Sox teammates, is expensive but they are worth it.

Eloy Jimenez has been solid, if unspectacular this season with a mid-700s OPS and 10 home runs. After the 2019 breakout, these numbers can seem a bit disappointing for sure, but the White Sox have him locked into the middle of the lineup. He keeps the strikeouts in check and the contact expectation here is so high simply because Manning is such a below-average arm.

As we said with Rojas, the Diamondbacks are in a good spot against Senzatela and are coming cheap up and down the lineup. From a fantasy perspective, Varsho has some positive attributes with 12 home runs and six stolen bases in basically a half a season worth of plate appearances. It’s nothing to write home about, but he’s near the minimum on FanDuel.

Meanwhile, Calhoun is merely *meh* but is still hitting around the middle of the lineup and is rock bottom pricing on DraftKings and FanDue.