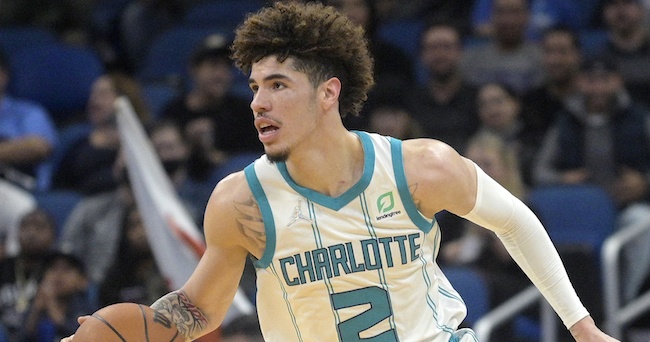 LaMelo had a rough go of it last game in what should have been a good matchup against the Orlando Magic. But his rebounds and assists were some of the lowest numbers he’s posted this season. By and large, Ball has been awesome this season, averaging 19 points, 7.8 rebounds, and 7.5 assists per game with two steals thrown in there as well. He’s been one of the best fantasy producers on the hardwood this season and should be able to hit value tonight.

The Pacers called on Brogdon to play a ton of minutes on Wednesday, running him 46 total and 41 in regulation. He took a team-high 21 shots and finished with 28 points against the Lakers. He’ll draw another fine matchup against a Toronto team that is in the bottom-third in terms of defensive efficiency. The Raptors play at a slower pace, but this game still has a solid 213 implied total. I think Brogdon is underpriced on both sites and should have a high floor on Friday.

Shai Gilgeous-Alexander is going to miss another game on Friday and that should have Giddey in a great spot once again. SGA has the highest usage on the Thunder this season so losing his minutes opens up quite a bit of opportunity elsewhere in the lineup. Giddey has played some of his most minutes of the season over the last two, averaging 17 points, eight rebounds, and seven assists in that time. He’ll get another opportunity on Wednesday against the Wizards and the price hasn’t moved all that much. He’s another high-floor play considering he’s running the OKC offense with SGA out of the mix.

We are going to want exposure to this game which has the third-highest implied total on the slate. Edwards can be streaky, but he’s put up some monster lines at times this season, especially when the shots are really coming at high volume. And in close games, the Timberwolves are running him close to 40 minutes. That kind of floor time makes him so much safer and the price is just too low on both sites. He’s taking close to 20 shots per game and has improved on his rebounding rate this season. I love pairing him and some other Timberwolves players on this slate.

Patrick Beverley is out with injury and it sure looks like Beasley will join the starting lineup. He was the next man up last game when Bev went down early. Beasley stepped in, played 38 minutes off the bench, and poured in 29 points on 19 shots. Even if he weren’t to run immediately with the starters, I still think Beasley is a good value here in what should be a fast-paced game. He’s almost assured to see more minutes and usage with Beverley out of the lineup.

In close games, the Raptors are running Trent a ton of minutes running him 36 or more in five of the last seven. So much of his fantasy value comes from scoring which can be tough to deal with at times. When the shot isn’t falling, you can be left a bit out in the cold on his stat line. But that being said, it’s somewhat built into the price at this point. He’s unlikely to submarine you at under $6K. The Pacers are a middling defense on the season and Trent has taken 16 or more shots in each of his last eight games.

Towns is coming too cheap on both sites and this is a great matchup against the Hornets. Charlotte is the 24th-ranked defense on the season and they play at the 4th-fast pace. That’s basically the perfect scenario when targeting DFS plays we are getting KAT at a value here. The only concern with Towns is that we’ve seen his stats take a bit of a hit this year with the scoring and rebounding both down per minute off his career averages. The rebounding is considerably lower with Towns playing away from the basket more. But I think we can roster him here because it’s still such a good matchup.

Robert Williams has already been ruled out for this game which should, in theory, give Horford more minutes at the five for the Celtics. The last two games for Boston have been blowouts which has meant him playing reduced minutes. That isn’t necessarily setting up as the case against the Spurs with Boston only 3.5 road favorites. Per 30 minutes this season, Horford is averaging 13 points and 8.5 rebounds with almost three steals+blocks. That’s more than enough production to roll him out there in the mid-$7k range.

Robinson-Earle has been one of the other main beneficiaries of Shai Gilgeous-Alexander being out of the lineup for the Thunder. Robinson-Earle moved into the starting lineup and has been fantastic from a fantasy perspective. Over the last three games, he’s been solid at these prices, averaging 13 points and nine assists in about 30 minutes per game. The price is still much too low on DraftKings, especially where he really helps with salary relief in order to get some higher-priced stars.

If Richaun Holmes sits out again the Alex Len would be a value play once again.