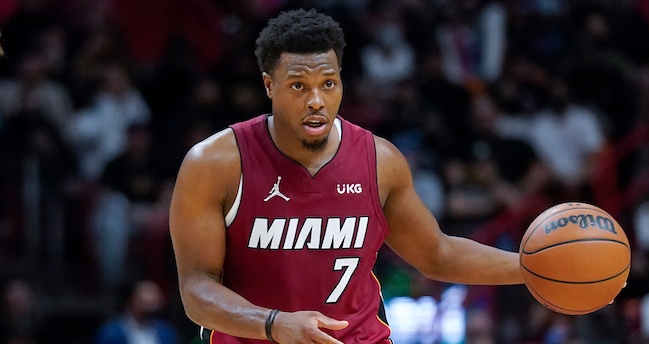 The Heat might get Tyler Herro back for this game, but they are still going to be without Jimmy Butler. Miami has had to run Lowry a lot of minutes in the short term with the team thin in the backcourt. That could be the case again and this time he faces off against an Orlando team that ranks second-to-last in defensive efficiency while playing the sixth-fastest pace. That’s a perfect intersection of speed and incompetence that we are looking to target in DFS. Lowry has double-digit shot attempts in each of the last four games and has 10+ assists in two of them. This is such a good spot and his FanDuel price hasn’t moved enough.

Meanwhile, Gabe Vincent has stuck in the starting lineup with Butler out and Herro still coming off the bench when healthy. He’s played 30+ minutes in each of the last three games and even put up 26 points on 8-16 shooting last time out. Those shot attempts were on the high side, but they came in a close win over the Sixers on Wednesday, which is a good sign. The price has ticked up some but I think we are still in good shape considering the matchup. And he’s shown he can add some assists and rebounds as well. This is lining up for him to be a cash game value. 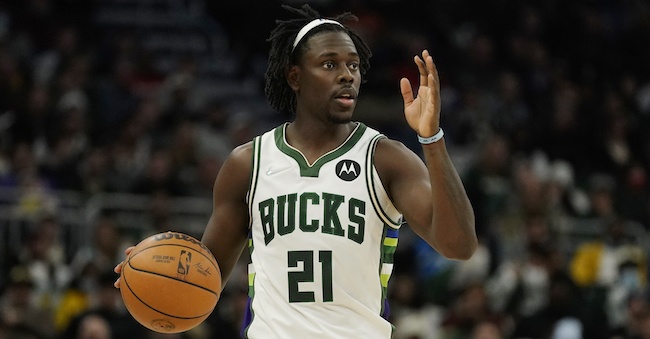 The Bucks are without some key players in this game against the Pelicans, most importantly Giannis Antetokounmpo who is in the protocols right now. Jrue should see plenty of minutes in this game and is coming off a 26 point, 14 assist performance against the Pacers the other night. That one was without Middleton as well, who should be back tonight. But no Giannis and Bobby Portis means plenty of usage to go around against a New Orleans team ranked 28th on defense this season. Jrue is a higher floor play in this scenario even with the price creeping over the short term.

The Kings are going to be without De'Aaron Fox for this game which should open up usage across the rest of the lineup. With Fox off the court this season, Haliburton sees a solid usage percentage uptick, and the assists move up about 8%. This is also a spot we can expect him to run a lot of minutes and it wouldn’t be shocking for him to push about 40 in the game. This one against the Grizzlies has the second-highest implied total on the slate at 225.5 and Haliburton is way, way too cheap on DraftKings. 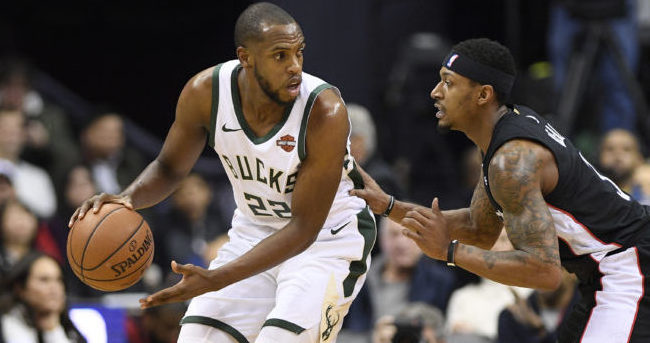 As mentioned with Jrue Holiday, the Bucks are really shorthanded tonight without Giannis and that should mean a ton of shots for Middleton who, as of right now, is probable to play in this one. The Pelicans are a bottom-feeding defense on the season and provide little in the way of resistance on that end of the court. With Giannis off the court this season, Middleton sees a huge usage bump, going from 26% full season to 34% when the Bucks’ superstar is out of the mix. That’s about as big a jump as you’ll see in any situation. Middleton hasn’t been repriced considering this kind of opportunity and is especially cheap on DraftKings where he’s looking like a very easy play.

This game against the Hornets could be a track meet and from a fantasy perspective, Powell has been playing well in the short-term for the Blazers. Portland is still without C.J. McCollum which has opened up more usage and shot attempts in the lineup and Powell has 17 and 18 shots respectively over the last two games. And those were both with Damian Lillard back in the lineup. He’s averaged 24 points and six rebounds over the last couple and added in some defensive stats as well. Considering the projected pace of this game and Powell’s role in the offense, I think he’s a pretty safe play at these price points.

Considering all of the Covid protocol absences we have on this slate, it’s going to be easier to roster at least one very expensive player. And there have been few better than Jokic this season. Statistically, he’s about as good as it gets, averaging 27 points, 14 rebounds, and 7.5 assists. He’s very expensive, but it’s totally warranted and is oddly still a value in this price range. Because he contributes in every meaningful way and is the center of the Nuggets’ offense, the floor is just so incredibly high every night. I think we can roster him almost without hesitation in this game against the Hawks.

If you don’t pay up for Jokic here, I think you can pretty confidently roster Anthony Davis against the Timberwolves. The Lakers are being rocked with guys entering the Covid protocols and have a pretty thin roster for this game. Most notably, Russell Westbrook won’t play in this one, leaving some usage out there for others to soak up. Davis is rounding into form from a fantasy perspective and over the last four games is averaging 21 points and 11.5 rebounds. The defensive stats have come and gone, though this game should be an opportunity to pile some on against Minnesota. At $9700 on DraftKings, he makes an excellent value play and the minutes could push to around 40 considering the state of the Lakers’ roster.

I think you can also consider Carmelo Anthony (FD 4700 DK 4000) here if he’s in the starting lineup. I suspect he starts with the Lakers so thin and is coming way too cheap on both sites if that’s going to be the case. We know he has no problem getting shots up in this offense even when guys like Lebron and Davis are around.

He’s risky because of the potential foul trouble, but this is such a good matchup for Jaren Jackson Jr. (FD 6400 DK 6700). The Kings are short on players, bad on defense and the game has a very high total. Prior to last game’s stinker, Jackson has been very good from a fantasy perspective with Ja Morant out of the lineup.