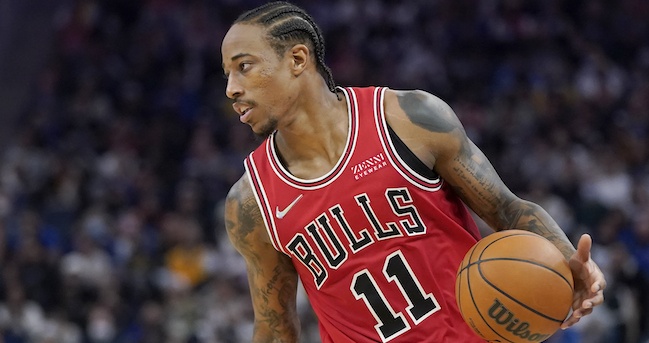 The superstars were out on the Christmas Day slate, and all of them performed admirably. It was one of the first times we had players return from COVID protocols, and that's going to make DFS even crazier. It was challenging to navigate when players were landing on it, but it will become even more volatile with players going both ways through the revolving door. We feel like we have a good read on what's going on, though, so let's go ahead and get into it!

The Kings are one of the many teams amid a COVID breakout, and it's led to Tyrese's best stretch of his career. The absence of De'Aaron Fox has allowed Haliburton to run this offense, scoring at least 41 DraftKing points in all four games since Fox went into protocols. He's also averaging nearly 50 fantasy points per game in that span, stuffing the stat sheet at ease. That makes him worth it no matter the price, and we certainly don't mind that this is expected to be one of the highest-scoring games of the slate with a 226-point total. Hali went off in this matchup just last week, tallying 21 points, six rebounds, and 10 assists.

Dinwiddie has been dreadful for a month now, but this is the best possible spot for the former Buff. Much like the rest of the NBA, Spencer is stepping up due to COVID protocols, with Dinwiddie taking over this offense in the absence of Bradley Beal. With Beal off the floor, Dinwiddie ranks second on the team with a 26 percent usage rate, having his four best games of the year. In fact, Dinwiddie has at least 46 fantasy points in all four of those fixtures, posting a 52-point average in those outings. That's double his season average, and it's clear he's way more comfortable with Beal's monster usage sitting on the bench. That makes him the easiest play of the day on FanDuel at $4,600!

Detroit is amid a COVID breakout, making Cory Joseph a great pivot around $5K.

DeRozan has been in this article more than any player this season, and the results mean we must be doing something right! This dude is having the best year of a Hall-of-Fame career, averaging 26.8 points, 5.2 rebounds, and 4.2 assists per game. That equates to a ridiculous 42-point average on DraftKings, and it's far from surprising when you see his role. DD has played at least 32 minutes in all but two games while attempting at least 15 shots in all but one outing. That's what you usually see from many of the $10K players, and he's been playing at that sort of level all season long. Facing an 18th-ranked Indiana defense is far from problematic too.

This could come back to bite us, but somebody in Los Angeles needs to step up. It was already an uphill battle with Kawhi Leonard out of the lineup, but the absences just keep flowing in. The Clippers are also expected to be without Paul George, Luke Kennard, and Marcus Morris. Those are the four primary playmakers on this team, and it should force Bledsoe into a huge role. He was a freak without those guys over the weekend, accumulating 19 points, eight rebounds, and seven assists across 36 minutes of action. He's proven to be that sort of stat-stuffer in the past, and he has to do that to keep this team's head above water. It's also lovely that Denver owns a 25th OPRK against opposing SGs too.

If Malcolm Brogdon is out again, look for Caris LeVert to have another monster game. 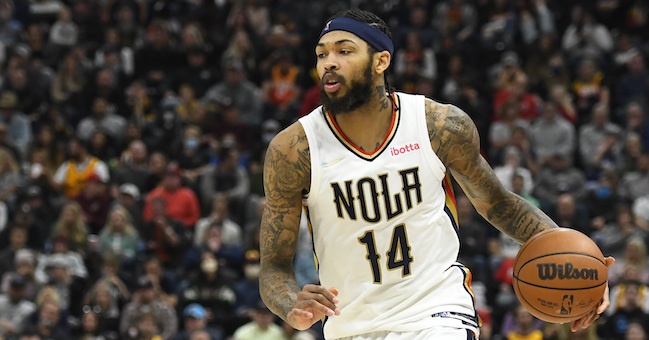 The Pelicans got off to a putrid start this season without Zion Williamson, but Ingram is doing everything possible to pull them out of it. BI has at least 37 DraftKings points in 11 straight outings, averaging 27.6 points, 6.1 rebounds, 5.7 assists, and 1.1 steals per game in that span. More importantly, he has a usage rate north of 30 percent in that stretch while taking over 20 shots a night. That would make him worth it no matter what, but he should be asked to do even more with Jonas Valanciunas sitting here as well. Facing OKC is the icing on the cake, though, with the Thunder surrendering the most fantasy points to opposing small forwards.

Detroit is yet another team dealing with a COVID breakout, but that's not their only issue. Injuries have also dismantled this roster, with the Pistons playing without Jerami Grant, Kelly Olynyk, Cade Cunningham, and Isaiah Stewart. Those are the four best players on this team, and it's leaving Bey as their go-to playmaker. All of that has led to Saddiq scoring at least 29 DraftKings points in four straight fixtures, providing nearly 40 fantasy points per game in that span. That's an absurd total from such an affordable player, and we certainly don't mind that San Antonio ranks seventh in pace and 24th in points allowed.

Josh Hart is a stat-stuffing machine and remains too cheap.

The power forward position is easily the toughest one on this slate, but JJJ is in a brilliant spot here. Our favorite variable when considering Jackson is this matchup, with the Kings sitting 29th in defensive efficiency ratings. They've been allowing opposing players to go off for years now, and JJJ should do the same with how he's performing. In fact, Jackson has at least 36 fantasy points in six of his last 12 games, generating a 33-point average in that span. That's all you can ask for from a sub-$7K player, especially with Jackson dropping at least 32 fantasy points in their two meetings this season.

Hernangomez was about as bad as he could be in his spot start for Valanciunas on Friday, but he was still a great value. The big man missed 10 of his 11 shots but still gobbled up 16 rebounds and played 32 minutes. It's almost impossible for a big man to miss that many shots on that many attempts, and it's more likely that he hits 10 of 11 this game. The most important thing here is that he's starting and playing the full allotment of JV minutes! We love that since Willy is averaging 21 DK points per game across 16 minutes a night for the season, making him an excellent bet for 40-50 fantasy points if he sees the 30-35 minutes he saw over the weekend. It's not like we expect a Thunder frontcourt with Darius Bazley and Derrick Favors to slow him down, either!

This has been the most unpredictable month of NBA basketball I've ever seen, but Jokic is a nice pivot to steady some of that volatility. To put it simply, The Joker is the most reliable option in fantasy, scoring at least 41 DK points in all but one game this season. That absurd floor has led to a league-leading 59 DK points per game, which is scary since he's scored 60-plus in nearly half of the games this year. Taking that sort of consistency is enormous with so many question marks out there, and it's just better to take the guaranteed 50-60 fantasy points and figure things out from there. We certainly don't think anyone on this frontcourt can slow him down, with Jokic collecting 30 points, 14 rebounds, and seven assists in their most recent meeting.

Boucher has been in the doghouse ever since he was drafted, but if he doesn't get a full allotment of minutes here, he never will! Toronto is yet another team having a COVID breakout, missing Fred VanVleet. Gary Trent Jr, Pascal Siakam, and OG Anunoby for this game. Those four swallow up pretty much 100 percent of the team's usage and stats, making Boucher a great bet for 30-35 minutes and 15-20 shots. CB should go off with his 1.2 DK points per minute if he gets that sort of role and has shown 50-point potential in the pasy. The matchup with Cleveland looks tough on the surface, but they're missing their two best defensive frontcourt players as well.

If Domantas Sabonis is out again, Myles Turner should be a beast again.