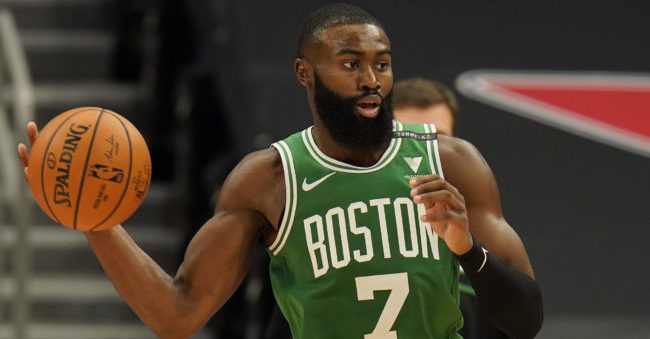 Tonight presents an interesting challenge in that two of the four games have blowout risk. While I am going to try and avoid these games for the most part, it will be impossible to avoid them completely and one player at the top of my list is Ja Morant. After missing nearly a month due to injury, he has been elite averaging 27.6 points, 5.9 rebounds, 6.4 assists good for 47.7 DK/46.5 FD points per game. Not only does he get an elite matchup against the Pistons(22nd in def eff, 8th in pace) he has also seen a price that is trending down on DraftKings where he is a great play in all formats.

An injury to Kemba Walker has thrust Alec Burks back into a starting role and the craziest part of it all is that the price has been trending down. As a started, Burks has been solid averaging 14 points, 7.0 rebounds, 3.6 assists, and just over 30 fantasy points per game. It is a tougher matchup against Boston but with a price that is trending down and this being one of the two games without blowout risk, Burks is easily a top PTS/$ play on this slate.

The system isn't overly high on Brown at the moment but I sure am! For me, it comes down to multiple factors tonight starting with the extremely consistent floor Brown has provided as he comes into this matchup having dropped 40 DK points in nine straight averaging just over 47 in that time. The usage has been insane as he has taken 20+ shots in all but one of those games and even topped out at 36 against the Clippers. The second part of the equation for me is the fact this is one of two games expected to be close while the other two games have serious blowout potential. Brown is my favorite payup on this slate in all formats.

As of writing this, it appears Steph Curry could sit out tonight with a minor injury and that would be a boost to both Jordan Poole and Gary Payton. Instead of speculating and writing up Poole who would likely get the start at the point, I will concentrate on Payton who has started six straight games and been consistent for fantasy. Over that period, he has averaged 14 points and 6.2 rebounds and has tallied 23.5 DK points or more in each of those games(28.7 average). At these prices and in a game that is expected to stay close, Payton is on my radar as a top value play on this slate, especially if Curry is out.

It has been a rough season for the Pelicans who are still without Zion but there has been a shining light and his name is Josh Hart. He has been a model of consistency for fantasy over the last month averaging 16.4 points, 9.6 rebounds, 5.4 assists for nearly 40 fantasy points per game. The price has started to catch up on FanDuel a bit but is still massively legging behind on DraftKings where his best value is tonight. I will have exposure in all formats.

On the other side of this projected close game, we have a bit of speculation as Wiggins does see about a 3-4% usage boost when Steph Curry is out and he is currently questionable. Even if Curry plays, he is a borderline play on this smaller slate and he has been productive lately averaging 20.7 points, 4.5 rebounds, and just over 35 fantasy points per game with Curry in the lineup. We will have to monitor this situation throughout the day but the good news is it's one of the first games on the slate so tune into chat for more news!

When it comes to the late game, which is projected to be a blowout, I want to use as little salary as possible for anyone I am targeting. This brings me to Suns big men as both are in the $5K range on both sites and have been providing consistent PTS/$ value. Let's start with Smith who entered the rotation in late December and in that time(five games), has averaged 15.2 points and 9.4 rebounds per game. As for Johnson, he entered the starting rotation at the same time, and over his last five games, has averaged 16.6 points and 5.2 rebounds which is good for just over 28 fantasy points per game. At these prices, both are in play for me despite the blowout potential.

The center position is a bit of a disaster tonight so I will be looking for some value at the position. Enter Steven Adams who has been providing a solid PTS/$ floor on a consistent basis averaging 28 fantasy points per game over his last 10 games. Most of that value comes from his work on the boards as he has tallied double-digit rebounds in three straight and four of his last five and more good news as the Pistons give up the 5th most rebounds per game. Fire up Adams in all formats.