Starting things off with targeting the game with the lowest total on the slate isn't something I normally do but Murray has just been too good to ignore. Since putting up a dud against the Nuggets in early December, he has been explosive tallying three triple-doubles while averaging 18 points, 8.4 rebounds, and 10.9 assists which has been good for 52.2 DK/51.1 FD points per game. This includes three straight games with 50+ fantasy points after returning from a five-game covid absence. While the game has a projected low total, the Knicks are still a slightly advantageous matchup ranking 19th in defensive efficiency so I will have a ton of exposure to Murray in all formats.

The price on FanDuel has caught up to the opportunity Simons has been getting with Lillard and McCollum injuries but it is a completely different story on DraftKings where he is still sitting in the mid $6K range. Simons has also really elevated his game recently taking at least 15 shots in each of his last four games while shooting 54% from the field and averaging 45.8 DK/42.4 FD points per game. On Monday, Normal Powell will also be out for a second straight game so even in a projected blowout, Simons should get enough run to easily hit and possibly even crush his price, at least on DraftKings.

Also Consider: Seth Curry(PHI) as the 76ers are very short-handed at the guard position with Simmons, Maxey, and Milton all out

This is a game we are going to want a ton of exposure to as it easily has the highest total(235) on the slate with both teams ranking Top 10 in offensive efficiency and pace. Let's start on the Charlotte side and for cash games, I will be starting with Terry Rozier. It comes down to consistency and he has been just that as of late. Take out the blowout loss to the Suns where his minutes were clipped and he is averaging 24 points, 5.1 rebounds, 4.1 assists which works out to 41.5 DK/39.6 FD points per game. In a fast-paced, high-scoring game, Rozier should be able to get to and exceed value once again making him a top guard for me in all formats.

After putting up a brick against the Knicks last Thursday, Brown rebounded in a huge way against the team on Saturday putting gup a triple-double and 58 DK/52 FD points. At his current prices, I would take somewhere in middle and that is just what he has been doing averaging 47.6 DK/44.4 FD points per game over his last 10. He gets all the minutes he can handle, contributes in nearly every category, and now gets a plus matchup vs. the Pacers who are 21st in defensive efficiency. With the popularity and prices of the Bucks, Brown could also be much lower owned tonight and makes a great pivot in all formats as he provides an elite combination of consistency and upside. 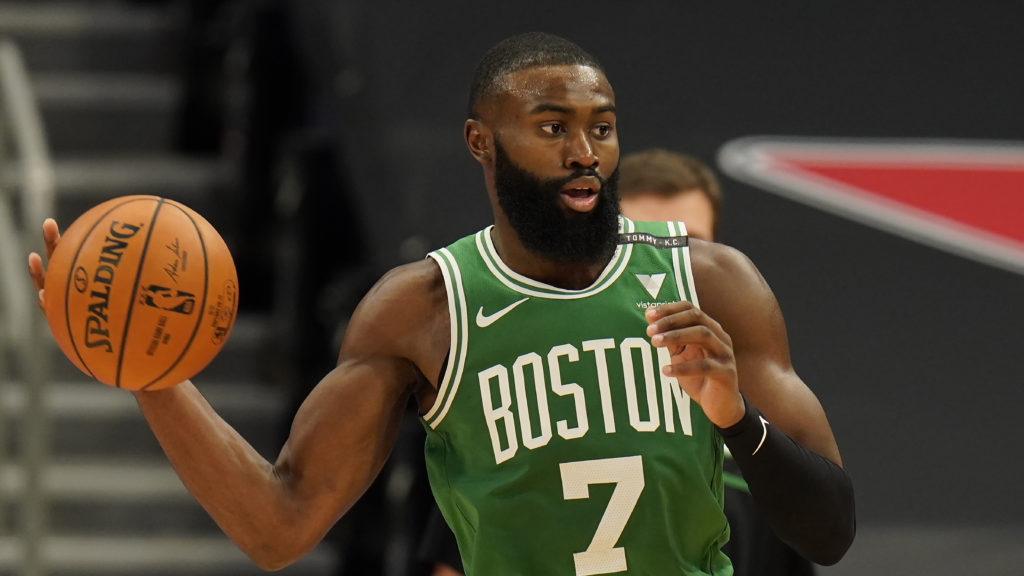 I talked about how much I love this game above so let's now get into my favorite side of that game. First of all, I haven't been a fan of playing anyone other than Giannis for the Bucks unless someone has been out and that is the case once again as Jrue Holiday is set to miss his third straight game. Middleton has only seen a slight increase in usage but has been very good in the last two with 20+ points, and 5+ rebounds and assists in both and has now put up 40+ fantasy points in three straight games. The price is back up near its peak but given the elite matchup(CHA 27th defensive efficiency, 2nd in pace), I am on board in all formats.

Korkmaz pops as one of our top PTS/$ values on the slate and it's easy to see why. The 76ers remain short-handed as Tyrese Maxey will miss his fourth straight game while Shake Milton will miss his third straight. Korkmaz has started each of the last three for Philly playing at least 33 minutes in each and despite a dud vs. the Spurs last time out, was great in the first two dropping 20 points in each and hitting his ceiling game against these Rockets just a week ago. I am not at all worried about a potential blowout limiting his minutes and at these prices, he will be a core play for us in all formats.

One more stop at our favorite game of the night and this time is the Bucks big men. Let's start with Giannis who, like most of the Bucks, is approaching season-high prices but I am not concerned at all as he has been playing at an MVP level averaging a double-double(30.8 points, 10.3 rebounds) over his last 10 games. He has also tallied 50 or more DK points in five straight and eight times in those 10 games averaging just over 57 per game. For Portis, he has been terrific in a starting role this season and even better over the last two games with no Jrue as he has taken 16 and 17 shots in those two games while putting up 40+ fantasy points in both. While the price on FanDuel looks a little more appealing, consider that on Draftkings he was in the high $7K/low $8k range just recently.

With an elite matchup against the Hornets in a game that is expected to stay close, both players are great plays in all formats.

I am really torn on one of our system's top value plays tonight and I am sure you all know what I mean if you have been playing Whiteside the last two games. He has sort of crapped on his opportunity with Gobert out by getting into foul trouble with five in both games. That combined with the fact the price has caught up to said opportunity could have him lower owned tonight but he will get another shot to help our lineups in a plus matchup against the Pistons who rank 22nd in defensive efficiency, 9th in pace, and 26th in rebounding. I will give him one more shot before he is already taken off my 2022 Christmas card list.