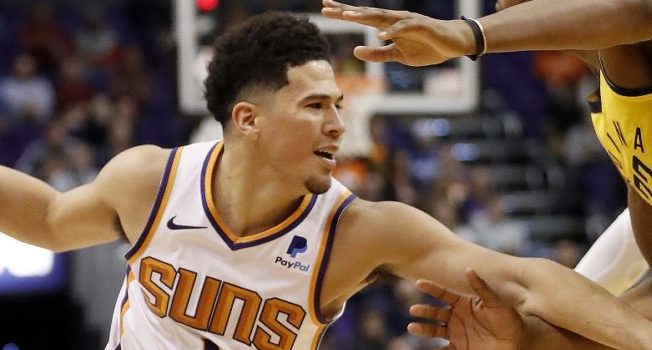 The Lakers have been a good DFS matchup this season, running one of the fastest paces in the league and playing a below-average defense which is set to get worse without Anthony Davis for the foreseeable future. That leaves Reggie Jackson in a good spot here and he should run minutes in the upper-30s if things stay close. He played 37+in three of the previous four games before the break, averaging 17 points, nine assists, and four rebounds per game in that stretch. I think that’s a reasonable floor in this game against the Lakers and he makes for a solid, middle-tier play.

Cole Anthony is a bit riskier than I usually want to go in cash, but the matchup is almost too good to pass up. This game has a 228.5 total, the highest of the slate, and features teams who want to get up and down the court without playing much defense at all. He lost some minutes to blowout heading into the break, but this guy contributes across all areas of the stat line which does keep his floor pretty high even if the scoring isn’t happening. He rebounds the position exceptionally well and has put up 15+ points in seven of his last nine games. I think I’m fine going here on FanDuel and frankly want to stack Magic even on a bigger slate of games.

With Chris Paul out for an extended period of time now we got a sense of how the Suns are going to roll in the short-term without their floor general. Phoenix started Booker at point guard on Thursday and he was flat out awesome in the role. Against the Thunder, Booker piled it on with 25 points, 12 assists, and six rebounds while also just putting up six assists as well. The defensive stats are definitely an outlier, but the other stats aren’t. The price hasn’t moved enough day-over-day to be a concern here and he is likely to be a massive chalk play once again.

The Rockets are the best opponent you can have in DFS these days, running a super-fast pace and playing the league’s worst defense. It’s the perfect matchup and they’ve been allowing significantly more fantasy points per game to their opponents than anyone else in the league. Enter Suggs who has been playing consistent minutes in the 30s almost no matter the game flow and over the last three games is averaging 18 points, six rebounds, and five assists. He’s also putting up 16 shots per game in that stretch and the scoring has come in spite of running bad from three. I really like him on both sites, but especially DraftKings.

The Lakers are going to be without Anthony Davis and are definitely desperate to keep their head above water when it comes to the playoffs. They are currently four games under .500 but still sit at 9th in the Western Conference. It is going to be all Lebron for this next stretch and he’s primed to put up some huge lines. The dude is averaging 29 points, eight assists, and seven rebounds on the season. The usage and rebounding rate both tick up with Davis off the court this season, though Lebron’s assist rate does dip some. That being said, I don’t think the price is high enough on either site when factoring in just how much he’s going to have to carry this team right now.

Kuzma had a terrible game before the break against the Nets, getting up only seven shots in his 30 minutes, scoring only five points total. It was a rough one for sure, but I think we can still go back to the well here, especially with his FanDuel price sitting under $8K. Before that performance, with the Wizards shipping off pieces at the deadline and shutting down Bradley Beal, Kuzma had averaged 22 points, 11 rebounds, and six assists while playing more than 37 minutes per game. Don’t game log watch too much on that Nets game and feel free to play Kuz once again on FanDuel.

What on Earth is happening with O.G. Anunoby? This dude has seemed to fall off a cliff in the short-term with some alarmingly-bad box scores leading into the All-Star break. He can’t make shots, and even some of the periphery stats are looking rough. But it’s led to a big price drop, especially on FanDuel where he’s coming at a weaker power forward position. Just based on the historical numbers, I can’t imagine this kind of thing keeps up with OG and even if the upside is a bit limited, the floor *should* be enough to roll in cash games on FanDuel.

Bamba hadn’t been running huge minutes for the Magic before the break, but he’s still starting and gets the best DFS matchup around against the Rockets. One issue for the Magic has been them getting blown out pretty regularly, leading to a dip in minutes for the starters. That should necessarily be the case against an equally bad Rockets team. And per 26 minutes this season, Bamba is averaging 10 points, eight rebounds, and 2.4 blocks+steals. The price is getting very close to punt play territory which I think actually makes this a pretty easy decision.

Cameron Johnson entered the Suns' starting lineup with Chris Paul on the shelf and should be there once again in this game against the Pelicans. He stepped right in and was a part of the offense, putting up 12 shots on his way to 21 points, five rebounds, and four assists. The price barely moved at all with the back-to-back and he’s a clear cash game play once again. I think he sees pretty decent ownership on both sites and this is a fine matchup against the Pelicans.