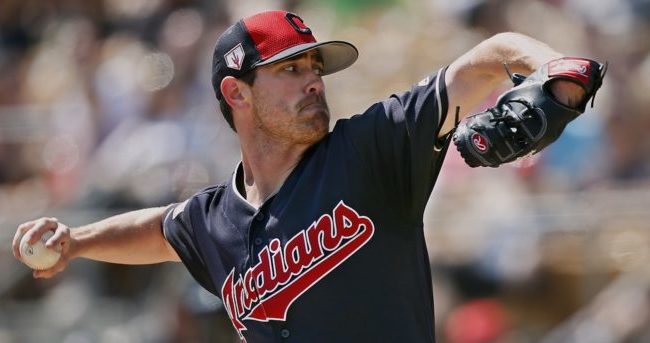 I was feeling risky yesterday, and it led to some of my strangest lineup construction ever. I decided to go with the two cheapest pitchers on DraftKings in German Marquez and Kyle Bradish, and it led to a min-cash day. Experimenting like that is something that everyone should do at different times because it's interesting to see how different lineups can play out. We definitely won't be doing that here because we have one of the top AL Cy Young candidates as our first recommendation. With that in mind, let's kick things off with the best Bieber that I know.

It's strange that Bieber is still below $10K. This guy has been one of the best pitchers in baseball since his call-up, and it's clear these sites are still concerned about his early-season struggles. They shouldn't be, with Shane allowing three runs or fewer in nine of his 10 starts. The one dud was against Toronto, and that's an offense that's blown up numerous pitcher's ERAs and WHIPs. Outside of that stinker, Bieber has a 2.20 ERA, 0.93 WHIP, and 9.7 K/9 rate. He's also got at least 25 DraftKings points in each of his last three starts, one of the best stretches of his career. The matchup with Texas is tremendous, too, with the Rangers ranked 28th in OBP, 22nd in OPS, and 24th in wOBA.

Anderson is amid a sophomore slump, but this guy is too good to be this cheap. We're talking about a pitcher with a 3.61 ERA and 1.25 WHIP since his call-up late in 2020, showing some elite stuff in their most recent playoff run. This highly-touted prospect has been the victim of some tough matchups this season, but Oakland is possibly the best matchup in baseball. The A's rank bottom-three in runs scored, OBP, OPS, wOBA, and xwOBA this season, scoring two runs or fewer in six of their last seven games. The oddsmakers would say this is the best per-dollar play on the board, with Anderson entering this matchup as a -250 favorite, with Oakland projected for just 3.5 runs.

Freeman's power stroke has been lacking recently, but this is still one of the best pure hitters in our sport. The perennial All-Star has a .302 AVG, .384 OBP, and .857 OPS since the opening weekend of the season. That's the stud we've become accustomed to, and it's just a matter of time before he gets that SLG and OPS where we expect it to be, batting cleanup for this dominant Dodgers lineup. A matchup with Cueto might be the way to get him back on track, with the journeyman compiling a 4.40 ERA and 1.35 WHIP since 2019. It also gives Freeman the platoon advantage, with Freddie posting a .324 AVG, .427 OBP, .556 SLG, and .992 OPS against righties since 2020.

Naylor has quietly had an excellent season in the heart of this Guardians lineup, and it's hard to understand why he remains so cheap. The big first baseman has a .277 AVG, .491 SLG, and .824 OPS in what's been a breakout year. Most of that wear has come against right-handers, registering a .353 OBP, .545 SLG, and .898 OPS against them so far this season. That means he's about $1,000 too cheap, and it's not like the matchup with Dane Dunning is daunting. The Rangers righty has a 4.37 ERA and 1.38 WHIP since the beginning of last season and will surely struggle with this scorching Cleveland lineup.

Willson Contreras (FD $3600 DK $4800) has been the best catcher in baseball this season and is always a safe choice if you need a catcher over on DraftKings.

It's still strange to see Story second base eligible, but his sacrifice has made this one of the best infields in baseball. The former Rockie has been smashing since the opening month of the year, posting a .371 OBP, .667 SLG, and 1.037 OPS over his last 20 games played. That's the stud Sox fans have been waiting to see, and it should continue in this matchup. Boston faces Reid Detmers, who's got a 5.14 ERA and 1.36 WHIP since his bizarre no-hitter. It also means Story gets to face a southpaw, which is scary since Story has a .381 OBP, .622 SLG, and 1.003 OPS against left-handers since 2020.

Ozzie has struggled at times this season, but his price tags have fallen a bit too far. This is still one of the best producers in fantasy, accumulating a .273 AVG, .478 SLG, and .802 OPS since 2019. That always has him in the heart of this Braves lineup, and that makes him even more attractive with Atlanta projected for five runs. He's done a ton of that damage against left-handers, with Albies amassing a .295 AVG, .513 SLG, and .836 OPS against them since 2020. That's obviously bad news for an unknown commodity like Jared Koenig, and we'll dive into his numbers later on!

Xander is the most underrated superstar in baseball. This shortstop is a perennial All-Star, and not many people outside of Boston talk about his greatness. The slugging shortstop has never posted an OPS below .863 since 2019, tallying a .301 AVG, .373 OBP, .519 SLG, and .892 OPS in that span. That impressive run of consistency is nearly impossible to find especially since he has a .407 OBP, .569 SLG, and .975 OPS over his last 14 games played. Getting the platoon advantage against a struggling Detmers is the jelly in the donut, with Xander posting even better splits against left-handers.

I stupidly dropped Swanson in a season-long league a month back when he was batting ninth in this lineup, but a hot stretch has forced him back into the two-hole. That's one of the most dangerous spots in baseball, and it's easy to see why he's there. The shortstop has a .318 AVG, .390 OBP, .482 SLG, .872 OPS, and seven steals over his last 29 games played. That's some of the best production in baseball, and he'd be one of the sneakiest portions of this Braves stack. The reason we love Atlanta so much is this matchup with Koenig, making his MLB debut in this nightmarish spot. A 4.88 xFIP and Double-A last season is nothing to write home about, and it's hard to imagine Oakland calling up anyone we're worried about.

This play doesn't need much explanation. Jose is always one of the league leaders in fantasy points, thanks to his elite power-speed combo. He's been showing that versatility recently, collecting a .433 OBP, .840 SLG, 1.273 OPS, and four steals over his last 14 games. He's been playing close to that level for most of the season, and we love that he gets to bat on his more favorable right side here. The lefty masher has almost all of his steals against righties, producing a 1.105 OPS against them this year. We already discussed how bad Dunning could be, and he'll surely struggle with this MVP candidate.

There's no doubt that the Cubs are bad, but Wisdom is flying under the radar for this underwhelming team. The mashing third baseman has four doubles and six homers over his last 16 games played, totaling a .362 OBP, .580 SLG, and .942 OPS in that span. Those are incredible averages from a player in this price range, and we definitely believe he can keep that going against Jordan Lyles. The Orioles righty is having the best season of his career, but a 4.50 ERA and 1.48 WHIP this year show how bad his career has been. He's got a 5.17 career ERA and 1.44 career WHIP. The Cubbies could be one of the sneakiest stacks on the board, and Patty would have to be a vital piece of that.

Acuna is considered the best player in fantasy, and he showed why on Tuesday. The slugging outfielder blasted two home runs in a 3-2 victory, marking his best game of the season. He's been slow to get going by his standards, but Acuna is still averaging over 11 DK points per game. That shows how valuable he can be, likely finishing Top-5 in homers, steals, and runs scored. Getting to face a lackluster lefty is the icing on the cake, though, with Ronald knocking those two homers against a southpaw on Tuesday. Since his call-up, Acuna has a .442 OBP, .571 SLG, and 1.014 OPS with the platoon advantage in his favor.

This is strictly a GPP play because Schwarber can finish with two homers and two walks or go 0-for-5 with four strikeouts. We're going to bank on one of the good games here because Schwarbs gets to face a weak righty. Kyle has a .337 OBP, .532 SLG, and .868 OPS against righties since 2020 and appears to be seeing the ball well right now. Atop this Phillies lineup, Schwarbs has a .464 OBP, .909 SLG, and 1.373 OPS over his last six games played. A matchup with Houser is lovely, too, with Adrian accumulating a 4.53 xERA and 1.40 WHIP so far this season.

We talked about how Chicago is one of the sneakiest stacks of the day, and Happ would have to be part of that. Pairing Wisdom and Happ is definitely the most profitable approach, with Ian batting third for this lineup. The utility man has quietly had a great season for the Cubs, compiling a .373 OBP and .822 OPS. Most of that damage has come against right-handers, with Happ posting a .469 SLG and .807 OPS against righties since 2020. That's tough to find from a sub-$4K player on DK, especially since he has a matchup with a lackluster pitcher like Lyles.