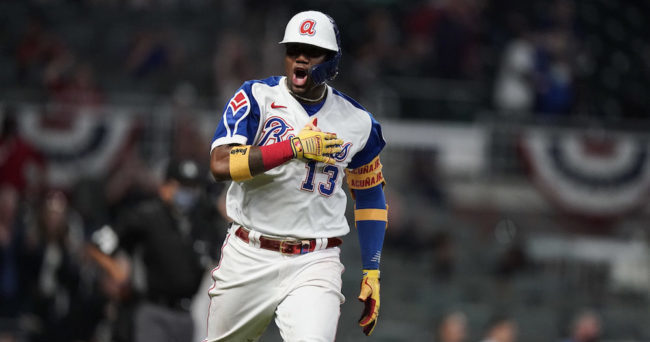 For the main slate, we have a couple of pitchers in very good spots taking the mound on Tuesday. The first is Morton who faces off against the lowly Washington Nationals as a whopping -348 home favorite. Those win odds are about as high as you’ll ever see even if we’ve had some example close to it of late. The 38-year-old Morton is having another solid, if unspectacular, season striking out more than 10 batters per nine though the ERA is over 4.00. Regardless, he’s not expensive and this is too good a matchup to pass up.

And then there’s Castillo who is on the road in Oakland, but coming in as a -222 favorite against an A’s team that ranks second-to-last (and could finish last) in team wOBA this season while striking out 24% of the time as well. Castillo has been excellent this season with a 2.68 ERA and 3.17 xFIP while striking out batters at more than a 27% clip. His DraftKings price won’t kill you and it’s going to make sense pairing he and Morton together over there on the main slate.

We are pretty much going to be focused on three teams for cash game plays on this slate. One of them is the Orioles who face off against lefty Joey Wentz on Tuesday and come in with a 5.1 implied run line. Rutschman should hit second when facing the southpaw and the Uber-prospect has had an excellent first season in the majors with an .820 OPS and 11 home runs through his first 400 plate appearances. He’s tough to strikeout at 17% and walks 14% of the time. Those peripherals are great and Wentz doesn’t have much in the way of K stuff.

And then there’s Mountcastle who doesn’t have the on-base stuff that Rutschman has, but makes up for it some with more power (22 home runs). He’s been slightly better for his career against lefties and has a .788 OPS in that split. Mountcastle is coming on the cheaper side on both sites and should be hitting in the third spot in the Orioles’ lineup.

Along with the Orioles, of course, another team we are going to want on this slate is the Giants who play their second game in Coors as part of the trip there. They’ll face off against the lefty Kyle Freeland and have around a 5.6 implied run line in this matchup. Estrada and Flores should hit second and fourth respectively in the lineup, and considering both are hitting in the best environment in baseball, neither is coming all that expensive. Estrada is tough to put down on strikes and does have 13 home runs on the season to go with a .730 OPS. His OPS is about 60 points higher against lefties for his career.

Meanwhile, Flores’s OPS is down some this season though he’s running a bit bad in BABIP and Hr/Fb rates. He’s been much better against lefties for his career with an .807 OPS and 116 wRC+ in that platoon. He should be hitting in the middle of the Giants’ lineup and it’s hard to pass up this play considering where they are hitting on Tuesday.

The third team we are looking at on Tuesday is the Braves who face off against Patrick Corbin. The latter has had a nightmare of a season with a 6.11 ERA thanks to a low K rate and some bad luck as well. Regardless, Atlanta has the highest implied run line at 5.7 and we are going to want to target righties at the top of the order. Swanson has a .774 OPS on the season with 20 home runs and 17 stolen bases. From a fantasy perspective, he’s excellent and seeing as how shortstop is weaker on Tuesday, I think we can feel safe running him exclusively on both FanDuel and DraftKings. He’s slightly better against lefties for his career, but by and large is platoon neutral. I think we are getting him for good enough of a price in an excellent spot.

Speaking of the Braves, Austin Riley is another guy we are going to want to target on this slate even though you’ll have to spend up for the pleasure. Riley is having one of the best hitting seasons in the majors this time around with an .893 OPS and 36 home runs, a career high. He’s tuned up lefty pitching for his career with a .936 OPS and 145 wRC+ in that split. He could give Corbin fits here seeing as how Riley’s biggest weakness is K’s and that really isn’t in Corbin’s bag at this point in his career.

Villar is slated to hit third in the Giants’ lineup on Tuesday though the price doesn’t come close to reflecting that on either site. He’s struck out quite a bit through his first 130 major league plate appearances, but he does project for some power and has an OPS in the mid-700s. He’s simply coming too cheap seeing as how he’s on the better side of his splits and hitting in a great park. Normally he’d be a lock at these punt salaries in Coors but Riley is so good that it’s close.

Acuna hasn’t put the power numbers together this season with only 13 home runs through 482 plate appearances, but he’s made up for it fantasy-wise some by swiping 28 bags on the season and still getting on base 36% of the time. He’s crushed lefty pitching for his career with a .906 OPS and .383 wOBA in that split. Hitting leadoff for the Braves has him in play even at these higher prices because he’s just so darn good.

Hays should be hitting leadoff against the lefty Wentz on Tuesday and is coming on the cheaper side on FanDuel and DraftKings. He is fine enough with an OPS in the .700s and 15 home runs on the season. Plus, he’s about 60 points higher (.782) in OPS against lefties for his career and the K rate drops as well to 18%. If trying to fit Castillo and Morton on DraftKings, Hays helps with some salary relief on that front.

Slater should hit leadoff for the Giants in Coors on Tuesday when they square off against the lefty and he, like Hays, isn’t going to break the bank for you at all. There is definitely some platoon risk later in the game if/ when the Rockies get into the bullpen, something to be aware of going into this play. But even a few plate appearances for Slater in Coors is enough to hit value at these price points.