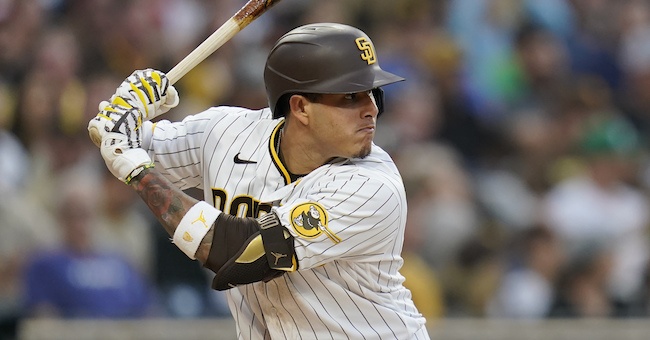 There are a number of good to very good pitchers going on this slate today which is actually going to make the hitting side of things a little tougher. But in terms of cash, I think we can start with Bassitt here. He’s facing off against the A’s who rank second-to-last in team wOBA this season and strike out 24% of the time. Bassitt has been effective this season with a low 3’s ERA while striking out a little north of 8.5 batters per nine. This game is on the road, but he is a -224 favorite, setting him up with some of the best win odds on the slate.

It’s been an up and down season for Giolito this year and he’s got some blowup games on the resume for sure. But this is still a guy striking out close to ten batters per nine and his 3.65 xFIP is about 1.5 runs lower than the disaster 5.07 ERA. It’s the latter that has his price down on both sites, but he’s running horrible in BABIP against on the season. That’s some bad luck and Friday he gets the worst offense in the league in the Tigers. I think the DK price is completely in play and you shouldn’t be scared off by the ERA.

The Padres enter Coors for the weekend and that is almost always where we want to be from a cash game perspective. Does it work out every single time? No. But there’s a reason this is the best hitter’s park in baseball and if we can get cash game plays there then that should be the goal. Bell has moved down in the San Diego order some but this is still a guy with an OPS over .800 on the season who walks 12% of the time and does have power when things are going right.

Croneworth should be hitting fifth in the Padres lineup when they face off against the righty Feltner. The former has 16 home runs on the season though he barely has the OPS scraping over .700 which is a bit concerning. But for his career, the .790 OPS and 117 wRC+ against righties definitely plays here and he isn’t breaking the bank on either site considering he’s hitting around the middle of the order for the team with the highest run line on the slate.

The Angels stink, but if you get to hit in front of Mike Trout and Shohei Ohtani that, almost alone, is going to give you some value. It’s the case for Rengifo who’s been a mainstay near the top of the lineup for the Angels to close out the season. He’s been an adequate fantasy contributor this season with 15 home runs and six stolen bases while making contact about 80% of the time. The FanDuel price is way too cheap for what he offers.

Again, we are going to want to have Padres wherever and whenever possible on this slate and though Kim doesn’t project to hit at the top of the lineup, the price means he doesn’t have to. He puts the ball in play about 75% of the time and has 10 home runs and 10 stolen bases in his 500+ plate appearances. That won’t overwhelm you but neither will the salary with San Diego heading into Coors for the weekend.

Shortstop is pretty thin pickings today but it is worth mentioning that Luis Rengifo is a SS on DraftKings which does help over there.

When you have the highest run line on the slate, you want the best hitters from that team, and that’s the case with Manny Machado here. He’s got an OPS sitting right at .900 on the season with 30 home runs and has even added eight stolen bases to the mix as well. The power is the real upside here and for his career, Machado has shown the ability to hit pretty evenly against both lefties and righties. His platoon splits are almost identical which just means you are getting huge upside no matter the situation.

I definitely want to prioritize Machado here well above anyone else at the position, but if you need to go cheap there’s a case to be made for Longoria. He’s hitting in the lower third of the lineup for the Giants, but they have a good matchup against Tommy Henry and are coming in with a 4.6 implied run line. For his part, Longoria is still doing really well against lefties with an .810 OPS and .342 wOBA in that split this season. It’s his inability against righties that is driving the price down.

Getting these two as a 1-2 punch at the top of the Padres’ lineup seems like the place to start in cash games on Friday and putting them together should have a high floor. For starters, while Soto isn’t having quite the same season we were expecting from the superstar, this is still a guys walking (21%) way more than he’s striking out (14%) and does have 25 home runs on the season. The hard contact rate is down for sure, which is a concern but he has such a high floor because of the approach that you can even live with that some.

And then there is Profar who bring in an OPS around .700 with 15 home runs on the season. He’s another high-walk (11%), low strikeout (15%) guy who gets the ball in play around 75% of the time. The price on both sites is totally reasonable and he’s an especially good deal on DraftKings as long as he’s hitting leadoff.

We haven’t really mentioned Rockies guys here even though they are going in Coors as well. The matchup against Manaea isn’t nearly as good, but we can for sure make a case for Connor Joe on FanDuel where he’s actually coming near the minimum. He should hit in the top half of the lineup against the lefty. At home against southpaws this season the guy has an .862 OPS and .368 wOBA which you will take all day long at these salaries.