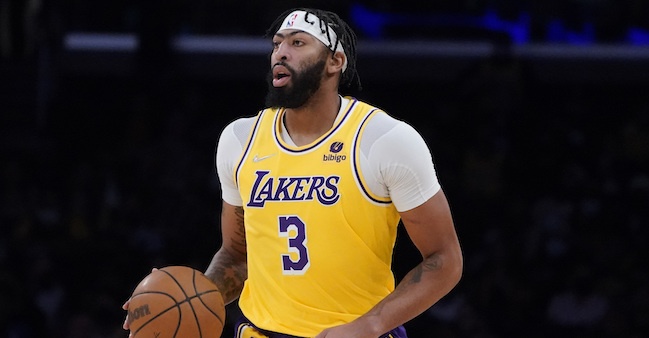 Most Sunday slates tend to be slow, but we have a big one here. We have eight games in total and many superstars taking the floor. We also have a few that are missing out, and we're going to capitalize on some of those absences here. The injury reports in Miami, Memphis, and Denver are ridiculous right now, but we'll use those fill-ins to fill our lineups.

We usually wouldn't use Lowry in this price range, but you simply can't fade him right now. Miami's training room is full of stud players, with Jimmy Butler, Bam Adebayo, and Tyler Herro all expected to miss this game. That's pretty much all of the team's offense and usage out of the lineup, forcing Lowry into a primary playmaking role. In that expanded role on Friday, Kyle collected 24 points, 10 rebounds, and 15 assists en route to 64 DraftKings points. That's one of the best games of his career, but it's no surprise since he's expected to see 40 minutes, 20 shots, and a 30 percent usage rate.

The injury bug bit the NBA hard on Friday night, with Tyrese Haliburton, Ja Morant, and Tyrese Maxey all suffering ankle injuries. The Morant absence is the one that matters for Jones, forcing him into the starting point guard job. He's not the only one missing, though, with Jaren Jackson Jr and Desmond Bane sitting as well. That should put Jones in line for a monster game, averaging 38 DK points per game in his two starts this year. That's the guy we saw throughout most of last season, posting a 30-point average in his 23 starts. That's an amazing total from a sub-$6K player, and we truly believe that 30-point average will be his floor in this spot.

We just discussed how Miami is missing half of their roster, and it should force Mad Max into another fantastic night. With all of those guys out on Friday, Strus played 45 minutes and took 25 shots. They were running a seven-man rotation in that game, and it's clear Strus will be the focal point on the offensive end. That's huge when looking at his recent form, averaging 27 DK points per game across 36 minutes a night over his last 12 games played. The matchup with Cleveland is concerning, but there's no chance that Strus plays less than 35 minutes and takes fewer than 15-20 shots.

Bones is one of the most volatile players in the NBA, but this guy has the biggest opportunity of his career here. He's been thriving in the bench unit all season, but Denver needs him to run their offense in this spot. Jamal Murray, Nikola Jokic, and Aaron Gordon are all out right now, with Bones likely looking at 30 minutes and 20 shots. That's massive with the way Bones has been balling, scoring at least 28 DraftKings points in five of his last six games. We're talking about a guy with a 26-point average across 21 minutes a night for the year, and we genuinely believe we could see a 50 percent boost in both of those in this expanded role.

Klay Thompson (FD $5500 DK $6000) is starting to find his shot, and a matchup with a 27th-ranked Rockets defense might finally turn him loose.

I actually hate Brooks' style of play, but he's impossible to avoid in this spot. Memphis has already ruled out Morant, JJJ, and Bane, leaving Brooks as the focal point of the offense. He's flirting with a 35 percent usage rate with all of these guys off the floor and is a candidate to take 25 shots in this spot. He was already taking 15-20 shots with all of those guys on the floor, and it's scary to see how bright his green light will be here. If we get 35-40 minutes and 20-25 shots, Brooks should be at least $8K on both sites. The matchup with Brooklyn isn't bad either, owning a 25th ORK against opposing small forwards this season.

These Nuggets look terrible without their three best players, but Brown is doing everything possible to keep their heads above water. He's actually been playing a ton of point guard with Murray and Joker both out, scoring at least 29 DraftKings points in four straight games. He's also averaging 36 fantasy points per game in that span, stuffing the stat sheet at ease. Those are tantalizing totals from a sub-$6K player, especially since Denver needs him to do more with all of those studs sidelined. Dallas can be a daunting matchup, but Brown dropped 36 DK points in this matchup on Friday night.

Haywood Highsmith (FD $4800 DK $4700) had 12 points and 13 rebounds across 41 minutes on Friday and will have to play big minutes for this shorthanded Miami team.

There will be plenty of value on this slate with Miami, Denver, and Memphis all shorthanded, so riding Davis might be the best bet on the board. This All-Star has been outstanding with LeBron James out of the lineup, averaging 1.5 DK points per minute when LBJ is sitting. He's also got his usage rate just shy of 35 percent, scoring at least 56 fantasy points in three straight outings. AD is also averaging 64 DraftKings points per game in that span and has shown month-long stretches like that in the past. Facing San Antonio is the best part of this, with the Spurs ranked dead-last in defensive efficiency while playing at the second-fastest pace in the NBA.

Miami is going to be spread across everyone's lineups, but it's something you need to capitalize on. There are just too many players missing on this team, forcing this rookie into a start on Friday. The 19-year-old scored 26 DK points across 30 minutes in that defeat and needs to produce with so much production on the sidelines. A matchup with Cleveland is usually scary, but they own one of the biggest frontcourts in the NBA. That means Miami needs him to play 30-35 minutes to oppose these guys, and that alone is all you can ask for from such an affordable player.

Michael Porter Jr. (FD $6200 DK $6000) has been horrible with Joker and Murray both out, but Denver needs him to step up and take 20 shots in this spot. If he can get hot, he'll be one of the best per-dollar plays on the board.

We've already saved a ton of salary on this slate, so let's get some stud centers into our build. Sabonis is just that, averaging over 41 DraftKings points per game. He's also in one of his best stretches in a Kings uniform, scoring at least 39 fantasy points in eight of his last nine games. Domantas is averaging 45 DK points per game in that span and should roll right though Detroit. The Pistons rank 28th in points allowed and 29th in defensive efficiency while sending out one of the worst frontcourts in the NBA. He's also done that damage despite seeing his shot attempts diminish, but we expect him to take 15-20 shots in this magical matchup.

Dallas could use a guy like this! Jokes aside, it's hard to understand why anyone would trade such a talented player. This seven-footer can play inside out, and he's currently having the best year of his career. The big man is averaging over 41 DraftKings points per game, scoring at least 46 fantasy points in each of his last four outings. That 52-point average in that span is unheard of from a sub-$9K player, and it's clear these sites are slow to adjust to his newfound role. Facing the Hornets is the best part of this, with Charlotte surrendering the most fantasy points to opposing centers this season. In their two meetings since the start of last year, KP is providing a 46-point average against them.

Steven Adams (FD $5300 DK $5100) has seen his minutes plummet with JJJ back in action, but he should return to his 30-minute role with so many Memphis players sitting. He's averaging 33 fantasy points per game in the six outings he played at least 27 minutes this year.