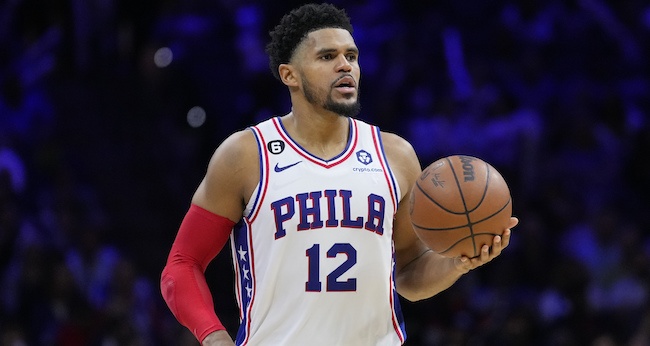 76ers, Grizzlies, and Nuggets without their stars highlight the DraftKings and FanDuel NBA Picks - Tuesday, November 22, 2022

The Nuggets are going to be without Nikola Jokic and Jamal Murray again in this game, meaning we should see a lot of minutes from Bones Hyland once more. Mike Malone has wanted to keep his bench rotations relative similar to start games, so Hyland isn’t likely to run with the first unit, but the minutes should be there. Last game, he played 35 minutes and scored 29 points on 10-21 shooting while also adding six assists. He gets a great matchup against the Pistons and the price hasn’t climbed enough for the new opportunity.

The 76ers are without James Harden, Tyrese Maxey, and now Joel Embiid which has set the team back considerably to start the season. But their loss is our DFS gain with these two guards now in prime opportunity to pile on points at value pricing. While both De'Anthony Melton and Shake Milton have seen their salaries jump a bit in the short term, neither is priced where their opportunity is with Philly right now. Last game, Milton played 38 minutes and scored 27 points on 10-15 shooting while also adding six rebounds.

Meanwhile, Melton took the most shots on the team with 16 and scored 19 points total. He also added six assists, five rebounds, and five steals. The way he contributes across the stat line gives him a high floor even at these elevated price points. With Tobias Harris back in them for this game, the guard usage could dip just a little, but not enough to warrant a fade with the way the 76ers have been decimated by injury.

There is a ton of guard value on this slate thanks to a number of injuries and Tyus Jones is another example. Ja Morant and Desmond Bane remain out for the Grizzlies leaving plenty of backcourt minutes to go around for Memphis. In the last two games without Morant, Jones has averaged 35 minutes, 14 shots and 15 points with 5.5 assists. The price hasn’t jumped enough here and the matchup against the Kings is a good one considering this game has the highest implied total on this shorter slate of games.

Like we said with Bones Hyland, the Nuggets are short on players for this game without Jokic and Murray though they could be getting Aaron Gordon for this one. We will have to keep our eye on that situation. Bruce Brown nabbed the start last game against the Mavericks and ended up taking the second-most shots on the team with 13. He was inefficient, scoring just 12 points, but he did add eight assists and four rebounds. The price is still low enough if he’s in the starting lineup with the superstars out and the minutes floor is high enough.

And then there is Kentavious Caldwell-Pope who is coming cheaper on both sites than Brown though obviously has a lower ceiling with the way he scores fantasy points. That said, he did manage 11 shots last game and played a team-high 38 minutes. He had scored double-digit points in eight consecutive games leading up to the last one (he managed just nine) so there’s at least precedent for him putting the ball in the basket here.

As with Shake Milton and De’Anthony Melton, the Sixers are really shorthanded here and that should mean heavier usage for Tobias Harris. He sat out last game but should see some of the highest usage on the team in this game against the Nets. With James Harden out of the mix, Harris had already seen a usage bump, putting up 14 shots per game over the last six. That’s led to 16.8 points-per-game average with the rebounding getting a bump as well. Now, without Embiid and Maxey too Harris should have plenty of opportunity and the minutes could push towards 40.

We are in an interesting spot here with Jaren Jackson Jr. On the one hand, the Grizzlies have been taking it easy on JJJ since returning from injury, playing him just 25 minutes a game and even sitting him out in the last one. But then there is the upside he’s flashed, piling on 25 points, 12 rebounds, three blocks, and two steals in those 25 minutes last game. On DraftKings, I think the choice to play him is pretty easy considering the price is still pretty low. On FanDuel, it’s closer but the power forward position is always such a problem over there.

More Denver Nuggets on the way here. And to put a pin on these picks and the Nuggets in general, we get DeAndre Jordan who has been drawing the starts for Nikola Jokic in the short-term. While he’s never going to score much, Jordan did manage 17 rebounds in 34 minutes against the Mavericks over the weekend. That’s kind of floor is good enough to run at his current DraftKings price which, at sub-$5K, remains too low for the opportunity.