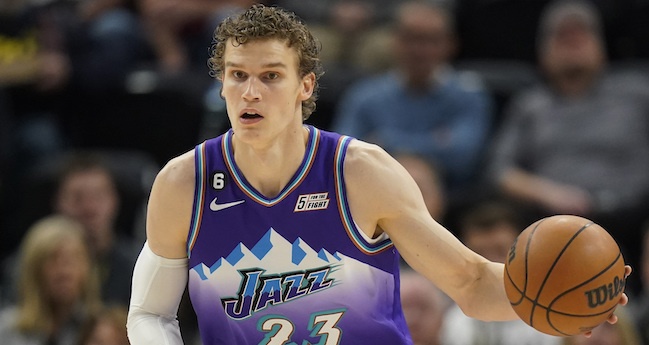 The Jazz are likely to be popular plays on this slate going up against the Pacers at home. The game has the highest implied total on the schedule at 238.5 and that’s about five points higher than the next-closest game. While it was assumed Utah would fully be in the tank for this season, that’s been anything but the case and they are actually 13-11 with a +1.6 point differential. A big reason has been Clarkson who is averaging career highs in points (19.5 per game) and assists (4.9). Much of it has simply been from the minutes boost with starting, but we’ll take it. He’s coming at fair prices on both sites.

And then there is Collin Sexton who has been getting the starts with Mike Conley out. And that’s going to be the case again in this game. His minutes ceiling isn’t as high as Clarkson’s in the backcourt, but he should be good for at least 30 in this one. He’s taken double-digit shots in each of the last three games and scored 20 or more in two of them. He’s kind of score or bust from a fantasy perspective but the price on both sites is totally fair in the lower-$5K range.

It hasn’t looked particularly good for Payne over the last few games even though he’s still starting for the injured Chris Paul. He hasn’t been getting up quite as many shots as before and the assists numbers have dropped as well. But on Friday he gets the Rockets who are the third-worst defense in the league while running a top-10 pace. I do think there is still value on Payne here with such a good matchup and the price stagnating in the $6K range.

Again, stacking the Jazz even on this huge Friday slate could be the way to go seeing as how their total is considerably higher than most other teams and this game could be fixing to be a track meet. The Pacers run the second-fastest pace in the league and play defense well-below average. Markkanen can lack consistency on a game-to-game basis with the scoring seeming to come and go, but on the season he’s averaging 22.2 points and 8.5 rebounds in almost 34 minutes per game. I really like the FanDuel price here and think there are easy ways to fit three of these Utah guys in cash games.

Another game we might want to target for cash games is between the Nuggets and Hawks with the total sitting at 231.5, the fourth highest of the Friday games. Bruce Brown has been an interesting case for Denver this season, getting starts with both Jamal Murray and Michael Porter Jr. out of the lineup, and contributing enough across the stat line to maintain these mid-tier prices. He doesn’t do one thing exceptionally well, but he does just about everything above average. And from a fantasy perspective, that adds up. Per 30 minutes this year, Brown is averaging 11 points, 4.5 rebounds, 4.7 assists, and 1.6 blocks+steals. The usage has actually ticked up of last as well. I this matchup, where they’ll likely want his defense on Trae Young and Dejounte Murray, he stands to play a lot of minutes.

On a slate-to-slate basis, Jokic is a very tough fantasy fade considering he has about as high a floor as it gets in the game. On the season, he’s averaging 23 points, 9.8 rebounds, and 8.9 assists as well as about two defensive stats per game. The scoring and rebounding are both down this season compared to last with the Nuggets playing a bit more at full strength. But his minutes has been down as well with a few injuries and blowouts mixed in there. This has led to the price actually dipping some and even in the $11K range I actually think he’s a value here.

Jarrett Allen remains out for this game meaning Evan Mobley is, once again, in a tremendous spot to pile on fantasy production for the Cavaliers. He got buzzed off minutes because of the blowout last game and still ended up with 16 points and eight rebounds. The previous two games without Allen saw him average 19 points, 14 rebounds, and 1.5 blocks. That’s elite-level production and he’s not priced up nearly enough with the role around the rim expanded considerably.

Claxton was a popular play on Wednesday with Ben Simmons out with the idea that he would see his role, and the minutes, increase being basically the only big body on the Nets. He got in some foul trouble which cut down on his run and had him coming up a bit short. But he should be back at it here and this is a guy who had double-doubled in three of the previous four games. He’s averaging 11.7 points and 8.5 rebounds on the season in just 27 minutes, the latter of which should hit the mid-30s in this game if it stays close and he can limit the fouls.