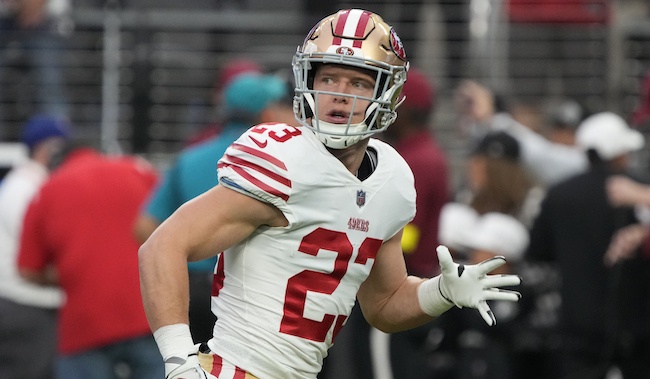 Week 18 is always the toughest to get a handle on with teams’ motivations all over the place for the final game of the regular season. In this case, we know that the Eagles have as much to play for as anyone, needing only to win to secure the top seed in the NFC East. Hurts is going to return after a multi-week absence to play against the Giants. Hurts has about as high a floor as it gets in this offense and the Eagles are huge, -14 favorites going into this game. The price is on the high side of course, but this is a guy who ranks third overall in DraftKings scoring on the season despite playing two fewer games than the guys above him (Mahomes and Allen). For Saturday’s main slate, Hurts is basically as safe as it gets assuming he’s fully healthy now.

The Seahawks are another team that will have to give a full effort in Week 18. They play in the 4PM hour and if they win and the Packers lose then Seattle is in the playoffs as the 7th seed. With Green Bay not playing until the evening, Seattle will have to do work against the Rams and then just wait. That puts Smith in a good spot from a fantasy perspective and is coming cheaper on DraftKings where he’s just QB9 in pricing. The yards haven’t been there in recent weeks for Smith, but I still think we can play him here against the Rams who rank 24th in defensive DVOA against the pass this season.

With the Eagles and 49ers both playing at the same time in the 4PM hour, we can know that they should both be going for it when it comes to trying to win. If the Eagles were to lost and San Fran won then the latter would have the #1 seed and a bye in the first round. McCaffrey is coming off another huge volume week that saw him get 28 touches (19 carries, nine targets), turning it into 193 total yards and a touchdown. He’s one of the safest position players we’ve seen and the 49ers should use him a ton again here against a terrible Cardinals squad.

As of this writing, the Green Bay Packers and Detroit Lions game is still considered to be on the FanDuel main slate of games even though it was flexed into the Sunday night game. We will see if that sticks. If it does, Aaron Jones is in a great spot against the Lions as a -4.5 home favorite. Detroit is the 27th-ranked run defense on the season even though they had a multi-week stretch where it looked like they had made improvements on that side of the ball. But then the Panthers thrashed them on the ground a reminder that it wasn’t all that great. Jones should see a majority of the workload here coming off of 14 carries for 111 yards in Week 17.

Putting these two guys in here because we will not be able to roster only playoff-bound teams and players on this slate and the Falcons are actually in a decent spot here on Sunday. For starters, even having been eliminated from the playoffs hasn’t changed the game plan all that much for this Atlanta squad. They want to run the ball as much as possible and should continue to do so in Week 18.

The Bucs aren’t playing for anything and though they are going to the playoffs, the Falcons are -4.5 home favorites because Tampa could sit everyone. Allgeier carried the ball 20 times on a 55% snap count in Week 17 while Patterson had 17 touched (nine carries, eight targets) in his role. Both would ring in as possible cash plays depending on the site.

Jefferson is coming off a season-worst game against the Packers in Week 17 that saw him get only five targets, turning it into a paltry one-catch for 15 yards. He had a chance to eclipse the most receiving yards in a season with a couple of big games down the stretch, but that looks out the window now. That being said, the Vikings are definitely playing for something here and the Bears are about as bad a defense as you’ll see. They rank 31st against the pass and 30th against the run on the season. Paying up for Jefferson still makes a lot of sense here.

Again, the 49ers would love to win this game and hope for a Giants’ miracle upset of the Eagles. There’s some chance they know their #1 seed fate, but they can fall to the #3 seed with a loss. So they should be motivated throughout here. Aiyuk is coming off a big game in Week 17 that saw him get 12 targets and turn that into 9/101/1. It was his best game of the season and a welcome sign about the connection with Brock Purdy. I think the FanDuel price is a value and he can be considered on DraftKings as well in a San Francisco stack.

Again, Atlanta isn’t playing for much except for some of the young guys trying to get reps. Sometimes that’s good enough for our DFS purposes. London has come on to end his rookie season, seeing 40 total targets in the final four weeks of the season. It’s a good sign going forward and I do think he continues to see a solid target share in this final week. The price on both sites is a bit too low with for the passing game usage he’s seen, especially with Ridder under center. In those games, London has a 33% target share.

Strongly consider Rasheed Shaheed who has seen his role expand in the Saints' offense over the second half of the season.

Freiermuth is averaging seven targets a game over the last three weeks and sometimes for a tight end, that’s about as much as you can ask for from the position. He’s coming cheap on DraftKings and the price is in play on FanDuel as well. Considering we likely don’t want to spend too much here, and so many other top options are either off the slate, too expensive, or total question marks. I think we can run Pat F here and feel okay about it.

Well, this is a weird one. With Will Dissly out in Week 17, Parkinson stepped in and played 81% of the Seahawks’ offensive snaps. Oh, and he led the team in targets with seven. Those were good for five catches, 36 yards, and a touchdown. Is it repeatable? Maybe. Dissly should remain out and Seattle ran enough double tight end sets with Noah Fant that Parkinson could be part of the mix again. He’s cheap at a position that is sometimes tough to pin down.