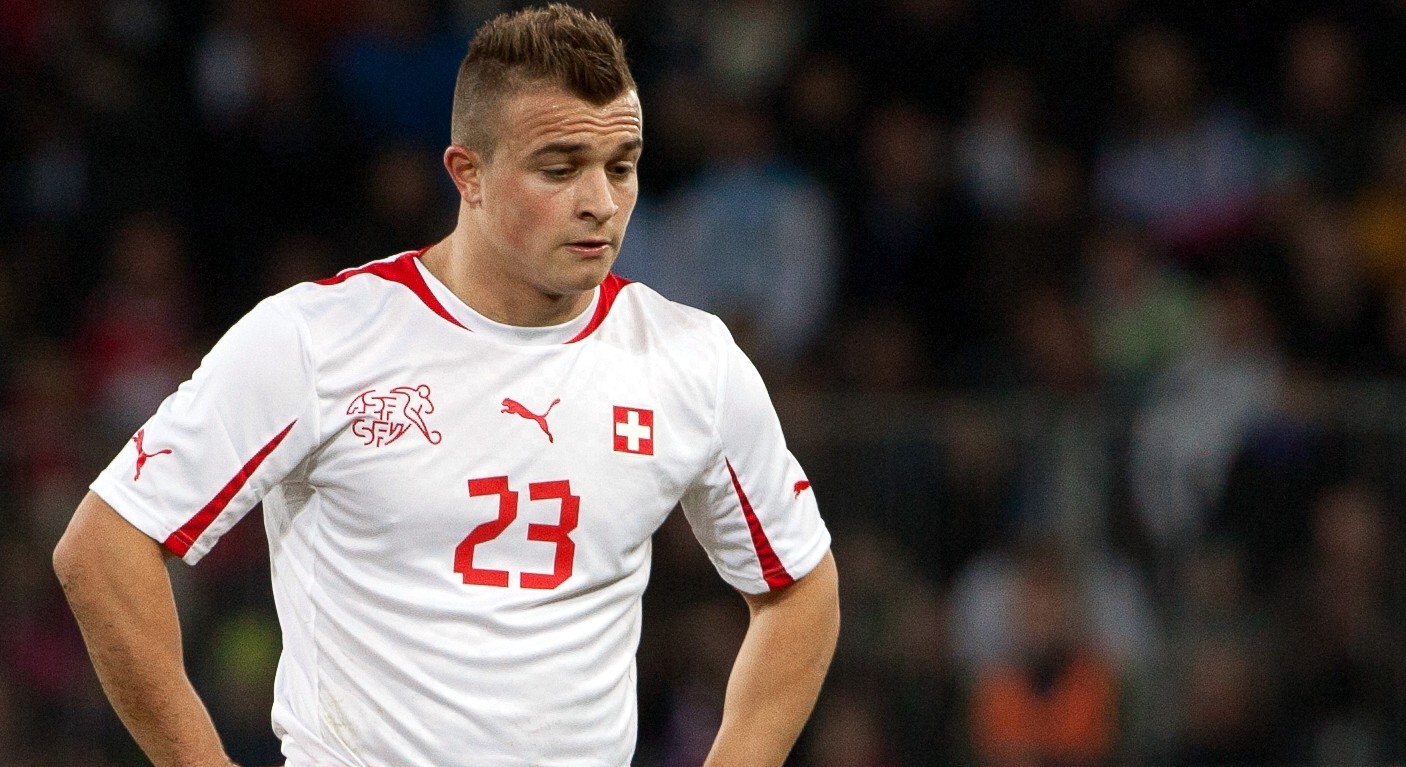 Editor's note: Welcome Rob Banner who'll be covering Soccer (Football to all you Non-Americans) for us. Really excited to have him on board and you can give him a Twitter follow @RobBanner_
There are just two Premier League matches taking place in Saturday’s 3pm because a number of teams are still in the FA Cup which also takes place this weekend. Despite this, there is still a $12,000 prize fund up for grabs as Bournemouth host Swansea City and Southampton face Stoke City at the Britannia Stadium. Admittedly it isn’t going to be the most exciting weekend in Premier League history, but hopefully it’ll be a profitable.

Playing other daily fantasy sports like NBA or NHL? If you want to grab a free trial of the winning projections, check out our lineup builder and Google Chrome extension that auto-populates your lineups into FanDuel. While the seasons overlap, you'll get access to our tools for the NBA and NHL (and MLB when the time comes)! Get started for free by clicking the button below.

First time with DFS? Be sure to read our free NBA Ebook on building lineups, general strategy and more. We've got you completely covered.

Artur Boruc – DK 3,600
Opponent – Swansea City
Artur Boruc is the cheapest goalkeeper available that is going to start on Saturday, but he shouldn’t be. Of the four teams playing in this slate, Bournemouth are the most likely winners with a 52% chance of winning according to the bookmakers odds. This is significant because goalkeepers receive 5 points for a victory, and keepers are also awarded 5 points for a clean sheet which also has a good chance of occurring. Artur Boruc has only conceded one goal in his last three fixtures and Swansea are one of the lowest scoring Premier League sides, only Aston Villa have scored fewer goals this campaign. All in all, Boruc is the cheapest goalkeeper that will start on Saturday, but he should be the most expensive in my opinion.

Jack Butland – DK 3,700
Opponent – Southampton
An alternative option to Artur Boruc is Stoke City goalkeeper, Jack Butland who is similarly priced at $3,700. Butland has had an excellent season so far, he’s averaged 8.3 points per game which is better than the majority of Premier League keepers. Admittedly, Stoke City have a tricky match against Southampton, but they are at home and Ronald Koeman’s side are not prolific goalscorers. Southampton haven’t scored two or more goals in a match in their last seven games and they haven’t score two or more goals in an away match since the start of October.

Angel Rangel – DK 3,100
Opponent – Bournemouth
Angel Rangel appears to have made the right back position his own in recent weeks and at $3,100, he’s a cheap option in defence. The Spaniard is an attacking full back and he’s performed really well in terms of point-scoring in recent matches. Rangel has averaged 9.5 points per game in the last four Premier League matches he’s started which is a very respectable return for a full back value at just $3,100. Swansea face Bournemouth and they’re similarly matched in terms of quality, although they are at a disadvantage because they are away from home. Despite this, Swansea are still capable of keeping a clean sheet and even if they fail to do so, Rangel still has the potential to score well.

Charlie Daniels – DK 4,600
Opponent – Swansea City
Selecting Charlie Daniels in recent weeks has served me well and despite being relatively pricey at $4,600 he’s a welcome addition to my team. The Bournemouth full back has averaged 10 points per game this season which is an excellent return for a defender. Furthermore he faces relatively poor opposition in the form of Swansea City, therefore there is no reason why Daniels can’t outscore his average. Daniels is a superb crosser of the ball and this has played a big part in his success. In his 28 appearances this season, Daniels has made 102 crosses which are worth 1 point each, therefore he’s averaging over 3.5 points per game from crosses alone.

Xherdan Shaqiri – DK 6,700
Opponent – Southampton
Swiss midfielder, Xherdan Shaqiri has been in excellent form for Stoke City in recent weeks and I’m expecting that to continue. His last four Premier League starts have resulted in points of 11, 21, 28, 30 and 14, so you can immediately see why he is such an attractive proposition in midfield. Amazingly in this period of time, Shaqiri has only scored one goal and it is his crosses that have scored him the majority of his points and this is because he takes Stoke City’s corners. The former Bayern Munich midfielder has delivered 146 crosses in 22 Premier League starts and as a result is a very consistent point-scorer.

Matt Ritchie– DK 6,600
Opponent – Swansea City
As you’ve probably already noticed, I’m quite keen to oppose Swansea City because they’re a poor side and Matt Ritchie is Bournemouth’s best midfield option. He’s averaged 13.7 points per game this campaign and as you’d expect from a player with this average, he’s consistently scored well, thus making him a valuable midfielder and worth the quoted $6,600. Like Shaqiri, Ritchie’s high point-scoring has been down to his willingness to cross the ball, he’s earned 175 points from crosses alone this campaign and that works out at an average of 6.25 points per game from crosses.

Graziano Pelle – DK 5,000
Opponent – Stoke City
With Charlie Austin ruled out injured, Graziano Pelle is likely to lead the line for Southampton once again. Pelle is admittedly going through a poor run of form at the moment, but nevertheless, he’s a proved goalscorer, with nine goals in all competitions this campaign and I’m sure his current goal drought will end shortly. As well as scoring nine times in all competitions this season, he scored twelve Premier League goals last season, thus proving he’s more than capable and is almost certainly being undervalued at just $5,000 this slate.

Max Gradel – DK 4,600
Opponent – Swansea City
Once again, I’m selecting another Bournemouth player, Max Gradel who was a summer signing from Saint-Etienne. Unfortunately for Gradel and Bournemouth, he was seriously injured at the start of the season, therefore his minutes on the pitch have been limited, however he’s started three consecutive matches, and as a result we can assume he’s back to full fitness. Gradel has played 65+ minutes on five occasions this season and in each game he’s scored 10+ points, which indicates he’s one to keep an eye on for future slates.

Ryan Bertrand – DK 4,200
Opponent – Stoke City
It seems logical to field a Southampton defender this weekend and Ryan Bertrand seems the best option at $4,200. He’s a guaranteed starter and has averaged 7.8 points per game this season which is very respectable for a played priced at just $4,200. Southampton are a good side defensively, they’ve only conceded 29 goals all season, only Tottenham have conceded fewer. Stoke City on the other hand have only scored 31 goals this campaign, therefore we can also conclude that there’s a chance of Bertrand receiving three points for keeping a clean sheet.

Wayne Routledge – DK 3,200
Opponent – Bournemouth
After a match winning performance at the Emirates against Arsenal a couple of weeks ago, Routledge has cemented his place in the Swansea City starting eleven. Routledge has only averaged 5.2 points per game this season, but this is slightly misleading because he’s featured from the bench three times and has rarely played the full 90 minutes. The last two games however has resulted in Routledge playing 90 minutes and hopefully that’ll be the case again on Saturday, particularly as he comes into the fixture versus Bournemouth in good form.

Interested in other DFS offerings? We have our NBA eBook that you really ought to check out before setting even a single daily fantasy NBA lineup. It's free, below.