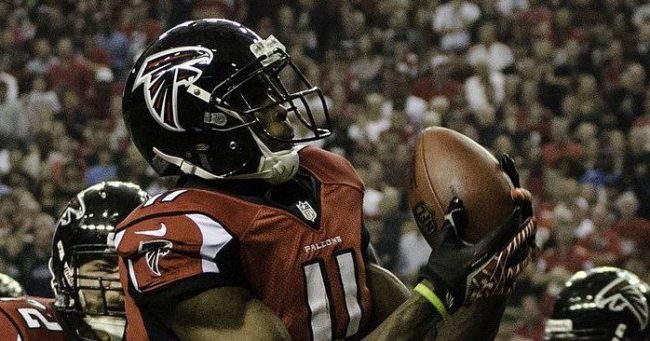 Welcome back for another week of daily fantasy football. As we always do, let's take a look back and see how I did with my stack recommendations from last week.

Overall, it was not a great week for stacking as there were only seven quarterbacks to throw for 300+ yards and two of them(Alex Smith & Derek Carr) played Thursday Night and one more(Kirk Cousins) on Monday Night. That left just four that hit the 300-yard mark on the main slate Sunday and unfortunately, none were in my stacking article. Needless to say, my bankroll took a hit.

It was unfortunate for my Cardinal stacks that signal caller, Carson Palmer, was injured in the second quarter but it didn't appear he was going to reach value anyway(10 for 18 for 122 yards before leaving) as the Rams defense was stout and ended up shutting out the Cardinals. Next, I had Mariota and Decker who had a great matchup vs. the Browns who had averaged 26.6 points against per game going in but they couldn't take advantage as either team managed to rack up 300 total yards of offense. Mariota completed 21 of 34 passes for 204 yards but still was hesitant to use his legs(1 rush for 8 yards) two weeks after returning from an injury. Don't even get me started on Erick Decker who had a near elite matchup but managed to put a goose egg. Finally, we got the Super Bowl rematch which had the highest Vegas total of the week and both quarterbacks projecting for big games. I favored Matt Ryan who faced a Patriots defense that had allowed the most DraftKings points per game to the quarterback position. FAIL! The Patriots picked up right where they left off in February and ended up scoring the first 23 points of the game before Matt Ryan finally put up some fantasy points with a touchdown to Julio Jones late in the game.

With all that disappointment in the rearview mirror, let's move on to Week 8 on the NFL schedule and see if we can rebound with a GPP win. It will be another interesting week with six teams on a bye, a Thursday and Monday night game, and another early game in London. For the purpose of this article, I will once again be concentrating on the nine-game Sunday slate(10 games on FanDuel). Let's get started.

The Eagles, fresh off their sixth win of the season, now hold the best record in the NFL and it has been in large part due to their elite offense led by led Carson Wentz. I considered used "naked" Wentz in my lineup this week but feel there may be an edge in pairing him with his wideouts this week in tournaments. It comes down to the matchups as Wentz's top target, tight end Zach Ertz, faces his toughest matchup of the season as the 49ers rank #1 overall when looking at Draftkings points allowed to the position. He will most likely see a ton of coverage from Safety Jaquiski Tartt who grades out as a Top 10 player at his position(via PFF). I think that matchup has Wentz turn to his wideouts in a big way this week. For me, it starts with Nelson Agholor who has been having a fantastic season with 365 yards receiving and five touchdowns(one in three straight) after only accumulating 365 yards and two touchdowns all of last year. I list him first as he is cheaper on both sites, especially DraftKings at a $1,200 discount, and would allow you to pay up for one of the elite running backs without taking away from your overall upside. I also think we could see Alshon Jeffery finally have a big game if Ertz is taken out of the equation. He has been a bit of a disappointment thus far and has only eclipsed 75 yards once this season with two touchdowns. This could leave him low owned and both he and Agholor have elite matchups vs. the 49ers cornerbacks(Dontae Johnson, Rashard Robinson, K'Waun Williams) who all rank outside the Top 80(via PFF).

If at first you don't succeed, try, try, try again. This is the case this week as I will be going back to the well and targeting against the Patriots secondary. Even after limiting the Falcons last week, they still rank dead last in passing yards per game allowed to the opponent as well as dead last in Draftkings points per game allowed to quarterbacks an 30th in DraftKings points per game allowed to wideouts. Rivers hasn't topped the 300-yard mark in three straight weeks now but has tallied multiple touchdowns in three of his last four games while only throwing just one interception. Another plus to the projected volume for the passing game is the fact that Melvin Gordon is questionable with a foot injury. I will once again turn to the Chargers top wide receiver Keenan Allen who is tied for fourth in the league with 9.7 targets per game. He has yet to do much with those targets(one touchdown on the season) and that has him trailing tight end, Hunter Henry, in tags this week when looking at FanShareSports which would project him for lower ownership despite having, in my opinion, more upside.

Speaking of going back to the well, I will be rolling out the Falcons once again this week despite a tougher matchup than last week when they flopped on us vs. the Patriots. They were not high on my list this week until I started analyzing the FanShareSports "Most Tagged" rankings. After that brutal performance last Sunday night, Matt Ryan is currently sitting with just 10 tags which rank him 13th among quarterbacks and tied for 70th overall. Whoa! I understand it has been a disappointing season but the upside is most definitely there when you have one of the league's talented wide receivers in Julio Jones. In the overall scope of that game, his touchdown was meaningless but you can tell how passionate he was about it as he completely ripped the ball away from Malcolm Butler. He will be most likely shadowed by Morris Claiborne this week but I feel Ryan will target him 10+ times and this could very well be the week he goes off for a monster game.

What a catch by Julio Jones for his FIRST TD of the season🔥 #Falcons #ATLvsNE #SNF
pic.twitter.com/PZYq1cZdR7