DFSR is proud to bring you, Chris Durell. He'll be bringing weekly PGA picks, analysis, and breakdowns to help you cash on DraftKings and FanDuel. As every week in DFS PGA changes with the course setup, field of players and weather, Chris will be providing picks based off course history, current form and stats for both cash games and GPP's. If you have any questions to lineup lock you can reach him a variety of ways. Leave your question/comment below in the comments section, find him in the DFSR Chat room or hit him up on Twitter(@Jager_Bombs9). Chris is also providing his DFS PGA Weekly cheatsheet where he provides stats, course history, current form, fantasy points, and much more. Grab your copy today and edge out the competition. 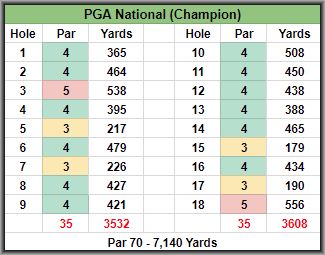 **Click HERE or the pic above to see a course breakdown from PGATour.com** 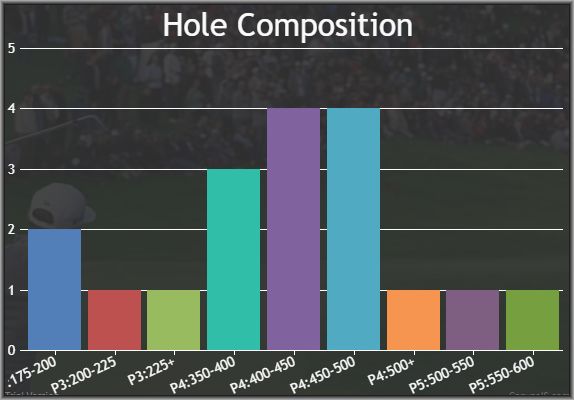 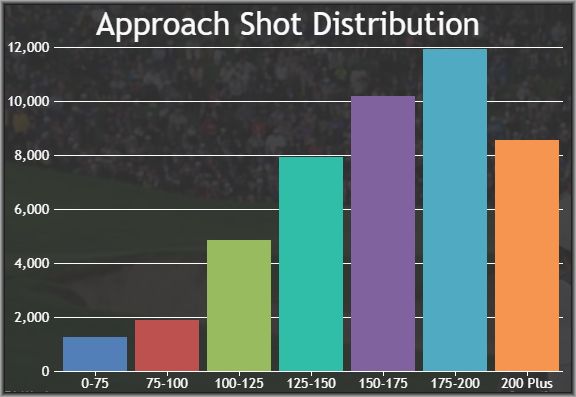 This is definitely a golf course where players will not be able to overpower it with thicker than normal rough. This puts a ton of emphasis on getting the ball in play on the fairway(less than driver) which in turn will give the player a chance to hit the greens(Strokes Gained: Ball Striking). With the course being a Par 70 setup, there are only two Par 5's which is why you will see a ton of weight on Par 4 scoring. As always, Birdie or Better % is also heavily weighted as it directly correlates with fantasy scoring on DraftKings and FanDuel.

Rickie missed the cut here at the Honda Classic in his first two trips in 2010 and 2011 but has been enjoying success here ever since. He struggled a bit in 2015 but rebounded with a T6 in 2016 and won the event last year and will now try to go back to back at PGA National. Outside of a missed cut at the Farmers Insurance Open this season, the form has been on point with a runner-up at the OHL Classic, T4 at the Tournament of Champions and a T11 at the Waste Management Phoenix Open. While he ranks 29th in Strokes Gained: Ball Striking on my sheet, he is 2nd in Strokes Gained: Around the Green, 23rd in Driving Accuracy, and 2nd in both Par 4 Scoring and Birdie Better %. I don't think we need to go stars and scrubs this week in cash games but Rickie makes a very high upside GPP play and is the only player on my sheet to rank Top 10 in all four categories.

If you are looking to take a risk and go a bit contrarian this week consider Billy Horschel. He comes back to PGA National with back to back Top 10 finishes in 2017 and 2016 but could be lower owned as the form has been pretty bad lately as he is coming off back to back missed cuts. I am not too concerned as he missed a cut right before his T4 last year and had a T54 going into 2016's T8 finish. He doesn't stand out a whole lot statistically but does rank 31st in Strokes Gained: Ball Striking, and 39th in Driving Accuracy. I won't touch him in cash games but like him for GPP's and with a projected lower ownership(<10%) you won't need a ton of exposure to have more than the field.

Rafa Cabrera Bellow has been very consistent this season making the cut in all five events finishing T26 or better in each one with two Top 10's. I think that consistency combined with a T37 in his first trip to PGA National for the Honda Classic makes him a terrific target in all formats this week. He also fits the stats model ranking 15th in Strokes Gained: Approach, and 25th in Strokes Gained: Ball Striking, 20th in Strokes Gained: Around the Green, 15th in Driving Accuracy, 25th in Par 4 Scoring, and 29th in Birdie or Better %. On top of that, he performs much on Bermuda than he does Poa so he should be thrilled with the move to Florida this week. 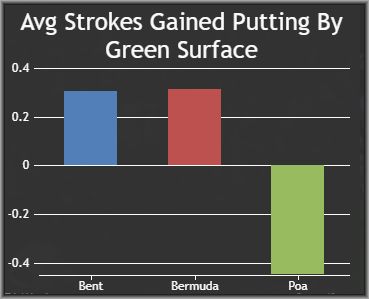 There a handful of Euro Tour players coming over for the Honda Classic this week and the one that stands out the most for me is Tyrrell Hatton. He is coming off a 3rd place finish at the Omega Dubai Desert Classic and has finished Top 20 in 10 straight tournaments including back to back wins at the Italian Open and the Alfred Dunhill Links Championship. Now he returns to PGA National where he finished T4 in his first trip last year. He ranks down quite a bit on my sheet but that is due to not having any stats on the PGA Tour but keep in mind he ranks 5th in scoring average and 7th in greens in regulation on the Euro Tour. He will likely be chalky but is a good play in all formats.

Thomas capped off a five-win 2017 season with a 10 million dollar payday as the FedEx Cup Champion. While he isn't quite on the same pace early in 2018, he has been pretty darn good winning the CJ Cup back in October and has finished Top 25 in all six events. Statistically is where he stands out this week sitting third in that model behind Rickie Fowler and Chesson Hadley ranking 6th in Strokes Gained: Approach, 10th in Strokes Gained Ball Striking and 1st in Par 4 Scoring and Birdie or Better %. Looking at his current stat form(via Fantasy National Golf Club), it looks even better as he is 1st in DK points, 7th in SG: T2G, 4th in SG: BS, and 5th in SG: APP over the last 24 rounds. Again, I don't think we need to pay up at the top in cash games but he has a ton of upside and makes an excellent GPP play.

It's been a long road for Palmer who not only had to deal with offseason surgery but personally had to deal with his wife's breast cancer diagnosis. He has been up and down in 2018 but has made three of fours cuts with the high being a T2 at the Farmers Insurance Open. This week he comes with a discounted price in the low $7K range on DraftKings and stands out in a big way when looking at stats. He is 3rd in SG: OTT, 8th in SG: BS, 1st in Proximity, 13th in Par 4 Scoring, and 20th in BoB%. He also returns to PGA National where he has been consistent making the cut in six straight years including a T2 in 2014. All things considered, I will have shares of Palmer in all formats.

Who is being Mentioned on FanShareSports(DraftKings)

Not only will Rickie Fowler, Justin Thomas, and Sergio Garcia be the highest owned players in this range but most likely will be Top 5 overall this week. I personally will be splitting them in my GPP lineups but if you are looking to go contrarian you will get Rory McIlroy and Alex Noren at a big ownership discount this week. I would lean McIlroy who has been a good wind player over the years and also has a bit of course history as he finished 2nd here back in 2014. He also bounced back from a missed cut at Pebble Beach with a T20 at the Genesis so you could say he is trending in the right direction. Noren has been steady all season making all four cuts on the Tour with a T2 at the Farmers Insurance Open being his top finish but looking at his Fantasy National player profile, he has struggled in windy conditions and also missed the cut here in his only trip in 2013.

Tyrrell Hatton leads the way in tags in this tier and sits tied for second in overall tags with JT and Sergio. He is making his first start of the season on the PGA Tour and like I mentioned above is coming in with some terrific form on the Euro Tour. Gary Woodland is having a solid start to the season making seven of his first eight cuts including a win at the WMPO and he also finished runner-up here last year. Knox missed the cut here at PGA National last year but has some nice history before that with finishes of T26 in 2016, T3 in 2015, and T2 in 2014. All three of these players are also rated as good wind players which will be needed this week 12-18 mph winds projected for all four days.

My top pivot in this range is Jason Dufner who sits T15 in overall tags and 7th in start calls in this range. He has finished Top 20 here at the Honda Classic in two of his last three years and has been consistent so far this season making all four of his cuts with three Top 20 finishes. On top of that, he also ranks better as a putter on Bermuda than any other grass and also ranks out as a terrific wind player.

Graeme McDowell will also be popular this week with his terrific course history having finished 15th or better in three of his last five trips. He also rebounded nicely after back to back missed cuts at the RSM Classic and AT&T Pebble Beach Pro-Am with a T26 in last weeks Genesis Open. Chesson Hadley stands out as well this week with a reduced price and two Top 25 finishes in his last three trips while also having a solid start to the season. I will definitely have exposure to both players this week. One player I will not be touching with your lineups Adam Scott. He will be popular due to finishes of 14th here last year, won it in 2016, and  T12 in 2014 but he his current form has been less than appealing. He missed the cut or finished outside of 50th in five of his last six tournaments and lost at least two or more strokes putting in four of those six. Until he shows me something I will be avoiding at all costs, especially if he will be high owned.