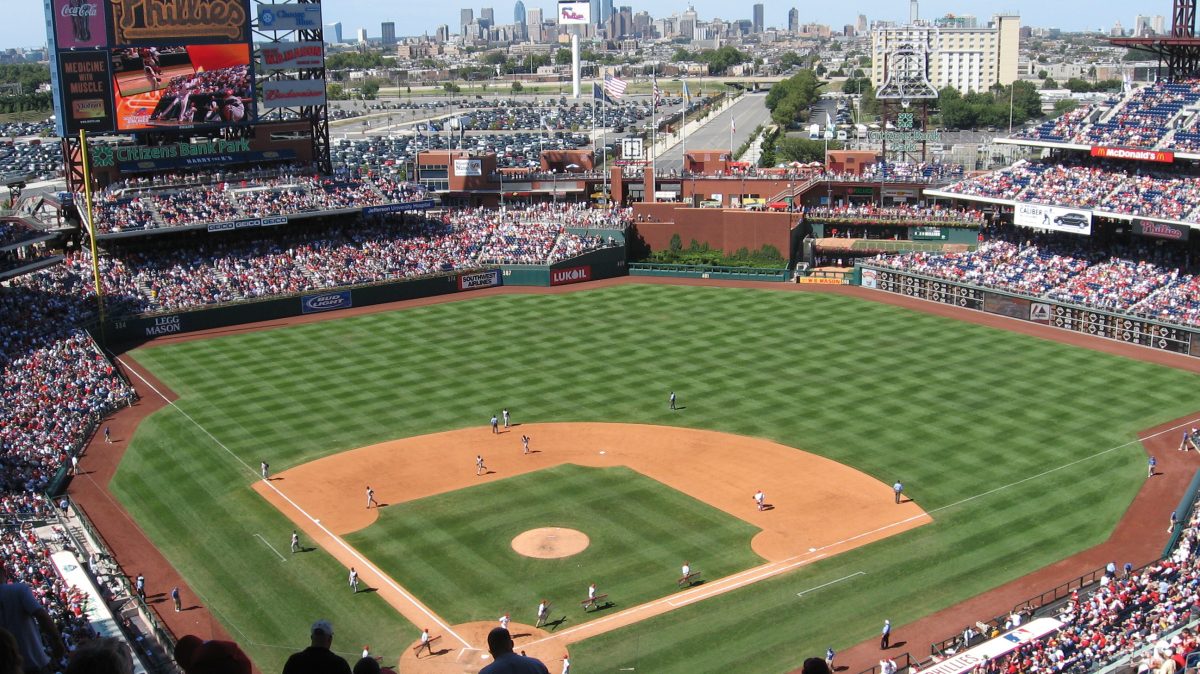 We already highlighted Jacob deGrom, Aaron Nola, and Jaime Garcia in our Monday picks article. We also highlighted the Bluejays, and Rockies as popular game stacks at their respective team price points. Here we will look at some other (possible GPP) considerations.

Hyun-Jin Ryu FD 7200 DK 9700
Opponent - SD (Luis Perdomo) Park - SD
FD - 27.51 DK - 14.36
The Dodgers open up a three-game set with the Padres in San Diego following a tough week at home. One of the bright spots of the homestand was Hyun-Jin Ryu throwing six one-hit innings while picking up eight strikeouts in a shutout of the Athletics. It was an excellent turnaround from the debut Ryu had on April second in Arizona. Ryu isn't a dominant arm by any stretch, he's sporting a 3.53 xFIP with 7.85 K/9 for his career but the matchup today plays heavily in his favor, and the price is most certainly right in this case. PetCo is one of the top pitchers' parks in the majors, and the Padres are striking out 25.1% of the time dating back to the start of last season while their .298 team wOBA is the second lowest in that time. San Diego fields a righty-heavy lineup and Ryu has limited right-handed hitters to a .294 wOBA while fanning 21.9% of batters. If you're looking to pay up at the dish, Ryu will allow you to do so while coming with plenty of upside potential.

James Paxton FD 8500 DK 8000
Opponent - HOU (Dallas Keuchel) Park - SEA
FD - 30.24 DK - 15.85
James Paxton will cost you a bit more on FanDuel, but he is a cheaper option making a strong SP2 play on DraftKings. He is certainly a strong tournament play everywhere going up against the Astros. Paxton got lit up by the Indians in his first start of the season but has settled in since then. He's allowed two earned runs in each of his next two starts while striking out 17. While his 12.06 K/9 may not be sustainable over the course of the season, it isn't far off from the 10.32 he possessed at the end of 2017. Targeting the Astros can always be risky. They posted the second-best team wOBA against southpaws (.347) last season, but they are striking out 24.5% of the time against the split to open this season. This surely isn't a play I'll consider in cash, but as a -150 favorite against one of the top offenses in the game, I'll give a long look to Paxton in tournaments.

Scott Kingery FD 3700 DK 3900
Opponent - ATL (Julio Teheran) Park - ATL
FD - 8.46 DK - 6.37
The Phillies opened the season in Atlanta's SunTrust Park and it was not a promising start. They went 1-2 and scored 12 runs in the series. They return to Atlanta for another three-game set starting tonight and will face the Braves opening day starter Julio Teheran once again. The Phillies have looked much improved since that opening series, going 8-3 and riding a six-game winning streak.

Teheran followed up opening day with two starts against the Nationals getting mixed results. He looked much better in Washington allowing just two runs over 6.0 IP after getting rocked for five runs in 2.1 IP at home six days earlier. Across the board, his numbers are inflated to open up this season, and while some regression is due if he falls into trouble early against this Philadelphia lineup, it could become a very long night for Teheran.

The Phillies meanwhile come in off of a three-game sweep of the Rays in which they put up 21 runs. Cesar Hernandez sets the table for Philly and not only is he seeing the ball well, his patience at the plate is paying off as he's been on base in all but one game, then once on base, his aggression adds to the upside. Former Indian Carlos Santana has been equally productive with eight walks, ten runs, and ten RBI. Rookie Scott Kingery is turning heads with a .357 wOBA (tenth overall among shortstops), and a .267 ISO.

I plan to round out my Phillies stack with outfielder Nick Williams who is currently riding a seven-game hitting streak and has a career .368 wOBA against RHP. While you can certainly consider Rhys Hoskins as part of your Phillies stack, there are better ways to spend up on this slate and the four guys here will undoubtedly allow you to do so regardless of who you have on the hill while promising plenty of upside.

Matt Olson FD 3500 DK 4000
Opponent - CHW (Reynaldo Lopez) Park - OAK
FD - 10.58 DK - 7.86
The A's host the White Sox tonight who will send Reynaldo Lopez to the hill. Lopez is making his 17th start in three big league seasons. Though he's looked good to open 2018 making two quality starts in which he's thrown 13 innings allowing just one earned run on four hits, the 4.61 xFIP tells us that he can be exploited. He's run into control issues early on, with a 1.57 K:BB ratio. He's coming off of a 2017 campaign in which he allowed a .338 wOBA to the left side of the plate which is where we will primarily be targeting him.

Despite the strong start, The Athletics are expected to give Lopez a rough time tonight. Hitting in Oakland Coliseum which is about average as hitters parks go, Vegas has the A's projected for one of the higher run totals of the day at 4.7. They're starting out 2018 with a top-five team wOBA, and their .346 against RHP is top three in the game. It all starts with their leadoff lefty Matt Joyce. Joyce has hit a rough patch over the A's last couple of series, but he holds a career .350 wOBA and 123 wRC+ against right-handed pitching.

On the opposite end of the spectrum, we find switch-hitting second baseman, Jed Lowrie. Lowrie has been on fire down the stretch, going yard twice in the last four games, and is 8-18 in that time with seven RBI and five runs scored. The three-four spot in the A's lineup of Lowrie and Khris Davis are a must in any Oakland stack right now as Davis has been equally hot at the dish hitting three home runs in his last four games while driving in seven and scoring five. We'll round out our Oakland stack with Matt Olson at first base.

Like Joyce, Olson has struggled lately, going 0-11 in the weekend series against the Mariners, but his .353 wOBA against the split is ranked top ten at the position, and hitting behind these other guys will always present RBI opportunity at nearly every trip to the plate. You can tell just looking at the projections our MLB projection system is high on the Oakland lineup tonight, and though they're on the upper end of the pricing tier, you can pair them with the cheaper Phillies stack without sacrificing pitching in your GPP lineup.

GET OUR FREE EBOOK ON DAILY FANTASY MLB and NBA BY CLICKING HERE!