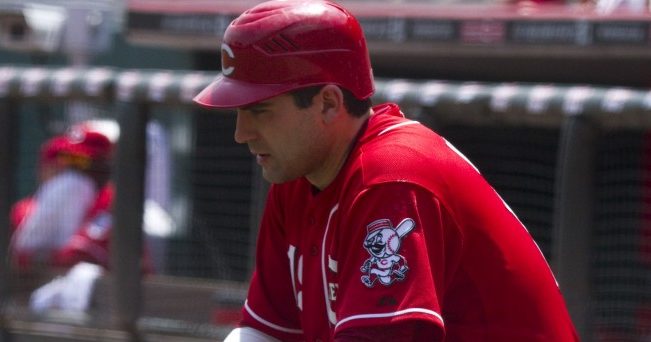 Without knowing what the pitch count will be for Clayton Kershaw tonight, I will be turning to Zack Greinke as my top pitching option tonight. The park is not the best for pitchers but don't tell Greinke that as, for the second straight season, he has been dominant at Chase Field. This season is an even bigger split as he enters tonight with a 2.40 ERA at Chase Field while posting a 4.31 ERA on the road. He has also been very good lately as well allowing no earned runs over his last two starts(13 innings pitched) and while he doesn't have elite K stuff, he is still striking out over a batter per inning(9.44 K/9). The Cardinals have been better against right-handed pitchers but still rank in the bottom half of the league and have struggled with swing and misses lately with a 27% K rate over the last 14 days. All things considered, Greinke is in play in all formats tonight.

Since starting his rookie campaign allowing four earned runs to the Twins at the end of May, Bieber has been dominant for the Indians holding opponents to just two earned runs combined in his last three starts. He has enjoyed a ton of success thanks to his fantastic control as he has walked just four batters combined in the four starts to go along with 27 strikeouts. He now gets arguably his best matchup of the season as he and the Indians will be facing the Royals who currently rank dead last in wOBA(.286) and wRC+(78) against right-handed pitching. He has reached a season-high salary on both sites but considering the talent and matchup, he is in play in all formats.

Let's start the positional players picks with a trip to Coors Field with Brandon Belt at first base. He is having a career year in 2018 as he entered Monday night with a .296/.393/.518 slash line with 13 home runs, 39 RBI, and 38 runs scored. He will be facing Antonio Senzatela who is making his first start of the season after pitching out of the bullpen this season and posting a terrible 6.23 ERA and 4.41 xFIP while allowing 36.7% hard contact. He likely won't be going deep into the game which plays even more into the Giants hands as the Rockies have a league-worst 5.52 bullpen ERA and bottom five 14% HR/FB rate. Belt is the most expensive option at the position on DraftKings which will make it tough to fit in cash games unless tons of value shows up but on FanDuel, he is an elite play in all formats as the ninth most expensive option.

On DraftKings, it makes sense to take the $500 savings and roll with Joey Votto in cash games tonight. He isn't having his best season, by any means, with just eight home runs but continues to be one of the most consistent players in the league with a .300 average and elite .433 on-base percentage. Looking at it from a fantasy perspective, he has averaged 9.4 DraftKings/12.7 FanDuel points per game over his last 10 games which makes it much easier to pay up for him tonight. On top of that, he gets a plus matchup against Lucas Giolito who may be coming off a solid start vs. the Twins but has been terrible all season posting a 6.59 ERA, 6.37 xFIP and has walked(51) the exact same amount of batters as he has struck out(51).

Hernandez doesn't give us the best average hitting in the leadoff spot but he sure knows how to get on base as he sits with a fantastic .377 on-base percentage. That has helped him a ton fantasy-wise this season as he sits Top 10 in the league with 57 runs scored and Top 20 with 13 stolen bases. He has fairly even splits as a switch hitter but is slightly better against righties with a .343 wOBA and 115 wRC+ and tonight gets a terrific matchup against Alex Cobb who has given up 5+ earned runs in three of his last four starts and sits with a 6.75 ERA, 4.54 xFIP on the season. Hernandez' price is getting up there on DraftKings making it a tougher decision for cash games than on FanDuel where he is still in the sub $4K range.

Cabrera is another switch hitter I will be looking to tonight at second base but his numbers are quite different from Hernandez. He only walks 6% of the time and sits with less than intriguing .323 OBP on the season but provides more power with 14 home runs and 45 RBI which is even more impressive considering the state of the Mets overall. He has also been very consistent lately with hits in 12 of his last 14 games with seven multi-hit efforts. For safety, I lean Hernandez on FanDuel at the same price point but on DraftKings it will be Cabrera tonight at a big discount.

Also consider Joe Panik(SF) who gets a huge park upgrade in Coors Field and has averaged 7.7 DK/9.9 FD points per game over his last 10 games

If you are looking for consistency and want to pay up at shortstop there is almost no one better than Jean Segura. He doesn't provide power with just six home runs but enters tonight with an elite .335 average and .363 on-base percentage and has scored 59 runs, added 45 RBI, and stole 14 bases. He has also crushed left-handed pitching to the tune of a .377 wOBA and 146 wRC+ and gets a plus matchup against Andrew Heaney who is coming off a terrible start allowing six earned runs which was the fourth time this season he has allowed five or more in a start.

Shortstop is a position I love to punt to try and get a couple big bats in my lineups and one of my favorites lately has been Scott Kingery. His numbers overall are nothing to write home about as he is hitting just .226 on the season with a sub .300 OBP and while he has gone back to back games without a hit he had hits in 12 of his previous 15 games before that. Another reason to target him tonight is the matchup vs. a struggling Alex Cobb who sits with a 6.75 ERA on the season.

Also consider Jose Peraza who has been on a tear lately averaging 14.1 DK/17.7 FD points per game over the last 10 games

The Astros have struggled as a team overall lately scoring the 22nd most runs(50) over the last 14 days but one player who has been carrying the squad is Alex Bregman. During those 14 days, he has six home runs, 15 RBI, and overall he has hits in 14 of his last 16 games and has not gone multiple games without a hit since the start of May. He has crushed against lefties this season but has also been well above average against righties as well with a .371 wOBA and 142 wRC+. Tonight he faces Austin Bibens-Dirkx who has been a tale of two pitchers this season allowing four earned runs in his first two starts then just one combined in his next two starts. He is likely somewhere in the middle and what is most encouraging when targeting against him is that he is giving up a whopping 45.8% hard contact rate. If you have salary to pay up, Bregman is an excellent target in all formats.

For a little extra saving at one of the premier power/pay up positions, consider Max Muncy tonight. He started the season out in the minors and after being called up in mid-April, he struggled to a .245 average in his first month and a half but showed a ton of power upside with seven home runs. Since the start of June, he has the same power upside with 10 more home runs but has also added consistency to his game hitting .308 in that time with a crazy .486 on-base percentage. He will also be lower owned than other options as the park is not the most hitter friendly and Ivan Nova has been pretty good but he has blown up at times allowing 4+ earned runs five times this season. Considering the consistency he brings to your lineup at a slight discount from others at the position, Muncy is a great play in all formats.

I somehow went through an entire article and didn't mention a Rockies bat until the outfield section. He isn't having the MVP-worthy season like last year but still contributes in all areas with average, on-base percentage, power and speed and is always been better at home in Coors. He also gets a prime matchup tonight vs. Chris Stratton who enters with a 4.45 ERA, 4.48 xFIP and has given up 42.5% hard contact rate this season which has red flags all over it in this hitting environment. Blackmon is definitely in the conversation when looking for one big bat in cash games and makes an excellent start to a Rockies stack in GPP formats.

Myers struggled in his return to the lineup with just two hits in his first 18 at-bats but is heating up with hits in four of his last five games including three multi-hit efforts. He has also had some strong reverse splits in 2018 with a .327 average, .371 wOBA, and 138 wRC+ against righties(.185 avg, .212 wOBA, 32 wRC+ vs. LH). He and the Padres face a pitcher in Chris Bassitt who has been good this season with a 2.82 ERA but the regression fairy is definitely in his future as he sits with a low .246 BABIP and xFIP(4.82) that is two runs higher than the ERA. All things considered, Myers is a nice addition to your lineups in all formats tonight.

On the other side of field, we have another PTS/$ value that stands out tonight. Canha has everything going his way tonight as he has been consistent lately with hits in 10 of his last 11 games, has spent each of the last three games in the two-hole, and has strong splits against lefties with a .313 average, .422 wOBA, and 175 wRC+. He will face Clayton Richard who is a ground ball specialist(57.7%) but has struggled at times this season giving up three or more earned runs in 10 of his 17 starts. Canha is in play in all formats tonight, especially on FanDuel in the sub $3K range.