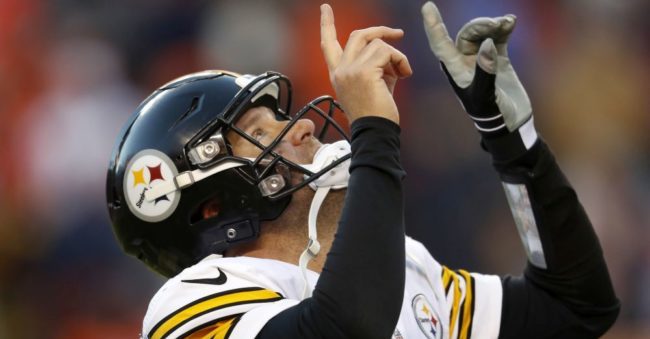 The final week of the regular season is here and that means once more chance to take down a GPP on a big slate. As always, Week 17 has no Thursday or Monday night games giving us a big 15-game slate on Sunday and many different directions to go. The tricky part about Week 17 is figuring out the narratives for each team to see who will be playing, who will be resting, and who is going to take us to GPP glory. In this article, I am going to provide a couple of my top stacking options using my DFS NFL cheatsheet and the DFSR Player Lab. Let's get started.

The led with a Steelers stack in last weeks article and as projected, the Saints/Steelers was a shootout leading to Big Ben throwing it 50 times and while he completed just 33 of them(66%) he ended up with 380 yards and three touchdowns. Unfortunately for the Steelers, they ended up on the losing end putting them in a tough spot this week as they not only need a win to get in the playoffs but need help as well with a Ravens loss to clinch the AFC North or a Colts/Titans tie to grab a wildcard spot. This almost guarantees we get a full game from the Steelers starters making them my top stack of the week.

This is not the only reason they sit atop my list this week as they get an elite matchup against the Bengals who have given up the third-most passing yards per game(275.7) and the second-most fantasy points per game(23.4) to quarterbacks. Like I mentioned last week, Big Ben is a volume monster as he leads all QB's in pass attempts(630) and yards(4,842) and is fourth overall in touchdown passes(33). After missing three straight games, James Conner is once again questionable to play so I fully expect that volume to continue. At wide receiver, I will be switching things up and stacking Big Ben with JuJu Smith-Schuster as Antonio Brown is dealing with a knee injury that has sidelined him from practice all week. He is having an elite season sitting fourth in the league in targets(156), 5th in receptions(106), fourth in receiving yards(1,389), and has the 9th best catch rate(67.9%) among wideouts with 100 or more targets. He is also likely playing angry this week after taking all the blame for the loss last week on a final drive drop. The stack will be chalky but there is a ton of ways to separate yourself with the rest of your lineup.

Josh Johnson spent Christmas Day at Redskins’facility studying film. “I was with my family all year,” he said. “They’re good.”

The Redskins will try to play spoiler this week at home against the Eagles who need a win to have a shot at a wildcard spot. The offense will once again be led by Josh Johnson who took over for Mark Sanchez in Week 14 and hasn't looked back. He hasn't shown us much upside to this point with just 23 and 25 pass attempts in the last two weeks but is near minimum price and gets a terrific matchup against the Eagles who rank dead last in passing yards per game(282.7) and have given up the fifth-most fantasy points per game(21.9) to quarterbacks. He also gives us some rushing upside as he has averaged 6.6 rushing attempts and 38.7 rushing yards per game since taking over. Jamison Crowder stands out this week as Jordan Reed, Vernon Davis, and Maurice Harris have all been ruled out and Josh Doctson is also questionable with an illness this week. This should lead to added target share for Crowder who has seen seven targets in two of his last three games topping 75 yards twice as well. This stack is not about massive upside but more about the savings(19% of salary cap on DK/20% on FD) that allows us to load up on some elite players in smash spots this week(Kelce, Smith-Schuster, Barkley, Julio, Evans, etc..).