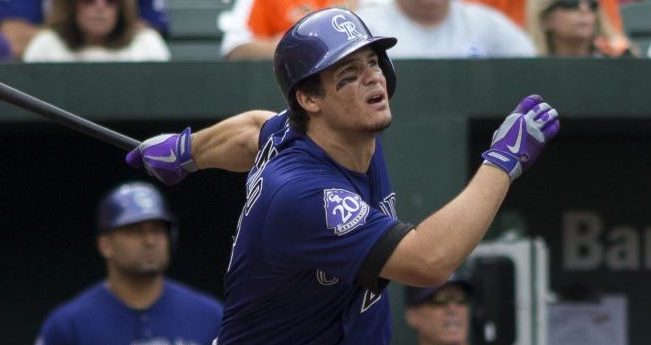 It has been a terrific start to the season for Corbin who is quickly proving last year's breakout(3.15 ERA, 2.61 xFIP, 31% K rate) was not a flash in the pan. Through three starts, he has allowed just six earned runs(2.84 ERA, 3.31 xFIP) while posting an elite K/BB ratio of 6 to 1. He now gets an elite home matchup against a Giants team that ranks near the bottom in almost every offensive category including a team K rate of 25.1%. Fire up Corbin in all formats on this early slate.

For value, I will be turning to Michael Pineda who has not been great to start his tenure with the Twins but he hasn't been bad either. He has allowed just five earned runs over 15 innings(3.00 ERA, 3.53 xFIP) while striking out 15 and walking just two. What stands out more than anything with Pineda is the matchup as he gets to face a rebuilding Jays team that also sits near the bottom of the league in hitting while leading the league with an ugly 28% K rate. Pineda is my top SP2 option on DraftKings and in play in all formats on FanDuel as well.

The Braves are built around their offense and it while they rank outside the Top 10 in runs scored(88) at the moment, they sit with a Top 10 ISO(.198) and sit 17% better than league average when looking at wRC+. While the matchup doesn't jump off the page, consider Luke Weaver has given up nine earned runs in 15.2 innings(5.17 ERA) while giving up a monster 49% hard contact rate(batted balls with 95+ mph exit velocity).

Ozzie Albies has spent four straight and seven of his last nine games in the leadoff spot and as long as he remains there, he makes a terrific play in all formats especially on FanDuel under $4K. He has been very consistent to start the year slashing .333/.397/.500 with 11 runs scored and three stolen bases.

I love going with two-man stacks in cash games and will be pairing Albies with Freddie Freeman today. While the power has not come around yet(one home run), he has been consistent hitting .333 and getting on base at a very high .459 clip.

For GPP's, you can complete the Braves stack with Ronald Acuna and Josh Donaldson.

Considering the price, especially on FanDuel under $4K, Peralta is near the top of the PTS/$ ranks for me today. He has been consistent across the board going into Wednesday night with hits in all but one game this season and is slashing .371/.413/.586 with 11 runs scored and 10 RBI.

If you are looking for value, watch for the Nats lineup to come out as Yan Gomes is a lefty-mashing catcher who comes at a very affordable price. Since the start of the 2017 season, he has a .364 woBA, 126 wRC+, and .222 ISO against southpaws. If he is in the lineup, I will be using him in all formats.

With Blake Snell being put on the 10-Day IL and Yonny Chirinos pitching last night, it leaves the main slate a bit short on options from a cash game perspective. I will be going back to Padres rookie, Chris Paddack, who has been a pleasant surprise to the team in 2019. Through three starts, he has allowed just two earned runs while striking out just over 30% of the batters he has faced. The only issue here is the pitch count as he has yet to exceed 90 pitches but has come close in his last two starts(88, 89) and I would expect that to rise once again tonight. The matchup is also a good one as the Reds have been terrible to start the year ranking near the bottom of the league in all categories and have been much worse against righties early in the season. All things considered, Paddack is my favorite cash game play on this slate.

It has been a rough start to the season for the Rockies who went into Wednesday night having scored the sixth-fewest runs(59) overall. There are signs of life, however, as Nolan Arenado has three home runs over the last week and the offense always seems to come and go with his bat. There is definitely no arguing the talent at the top of the lineup and they play in the best hitters park in the majors. The other thing that stood out today is that no Rockies bat is inside the Top 5 in salary on either site facing a pitcher who has already given up four home runs this season and 16 in each of his last two seasons.

From a cash game perspective, Trevor Story has been the bat to target as he enters tonight with hits in six straight and 11 of his last 13 games. he has worked on his swings and misses and has brought his K rate down into the mid 25% range after opening his career with back to back seasons with a 30%+ K rate. Another part of his game that has improved is the hitting against righties as he has posted a .354 wOBA and .246 ISO since the start of last season.

The fact the Rockies bats are not the most expensive bats on the slate brings Nolan Arenado into play in cash games today. Like I mentioned above, he has also started to really heat up with home runs in three straight games and hits in seven of his last nine.

For value, keep an eye on the Rockies lineup as Raimel Tapia has spent some time in the two-hole against right-handed pitching. There isn't much upside here but he fits into the stack and provides some salary relief and does enter today with hits in three straight and seven of his last nine games.

The Rays don't have that one big slugger but have been a very balanced offense early in the season and have scored 82 runs(13th) and sit 7th in wRC+(117). For GPP's, there are many different ways to go about stacking them and for cash games, they have some consistent options that fit the cash games model. Best of all is the matchup against Andrew Cashner who despite having won three straight has allowed 12 earned runs in 20 innings(5.31 ERA, 6.26 xFIP) and has struck out just nine batters and walked 11. Digging even deeper, we see he has also given up an average exit velocity of 92.8 mph which ranks 364th out of 394 pitchers this season.

When looking at salary, Austin Meadows has been put in the elite class of outfielders and for good reason. He has been gotten his opportunity to be an everyday player and has been incredibly consistent slashing .350/.426/.700 with six home runs and 17 RBI to start the year. Rays players also give us speed upside as they sit third in stolen bases and have five players who have multiple steals going into tonight, one of which is Meadows(3). One of the others is Brandon Lowe(2) who, like Meadows, is getting a chance to play every day and making the most of it. After going hitless in his first three games, he has hits in 12 of his last 14 with five home runs and 13 RBI and gets a ton of opportunity hitting 4th or 5th the majority of the time.

For GPP's I will also have exposure to Kevin Kiermaier who is lower owned most nights as he hits down in the lineup. Yandy Diaz and Tommy Pham are also on my radar.