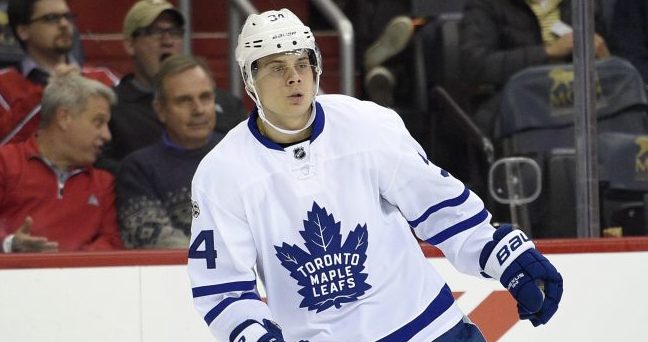 Welcome back hockey fans. We have another busy Tuesday night with 11 games on the ice with five of them sitting with a huge 6.5 Vegas total. Let's jump in and check out my core plays at each position for DraftKings and FanDuel.

No better place to start than with one of the hottest teams in the league as the bolts have won nine of their last 10 while ascending to 2nd in the Atlantic division. The offense has been tremendous but a huge reason for the success has been the return to Vezina form for Vasilevskiy who is coming off back to back shutouts and has won eight straight starts while r3cording an elite .946 save %. Tonight, he is in a terrific spot as a -285 home favorite against the Kings who have dropped seven of their last 10 games and also rank 27th offensively on the road. Fire up Vasilevskiy in all formats.

On Draftkings, I am pretty much locked in on Vasilevskiy as my cash goalie but on FanDuel it is a little closer and I would really consider Jarry here. He has given up three goals in each of his last four starts but has been tremendous for the Penguins lately(8-1-1 with a .925 save % over his last 10 starts) and all season(15-6-1 with a .932 save %). Like Vasilevskiy, Jarry and Penguins are also in a plus matchup tonight as a -190 home favorite against the Wild who have lost five of their last seven games while scoring just one goal in four of them. Jarry can be considered in all formats on FanDuel and is an excellent pivot off Vasilevskiy on DraftKings.

The center position is loaded once again and while MacKinnon tops the raw points projections he draws a tough matchup against the Stars #1 rated defense. From a PTS/$ perspective at the top, I am loading up on Leafs and specifically Auston Matthews who has been on another planet for fantasy lately. It starts with the high floor he has provided with 44 shots on goal in his last 10 games and then he adds the huge upside as well as he has tallied 16 points in that time for an insane 21.1 DK/26.5 FD points per game. The Leafs also draw a plus matchup against the Devils who do come in having won two straight but rank 30th on defense overall. Matthews is my top option at the position to build around tonight. If you need that little extra savings, definitely consider John Tavares here as well.

Despite this game having a smaller 5.5 total, I love the spot for the Islanders at home as -265 favorites. They will face off against the Red Wings who hold the league's worst record(12-31-3) and rank dead last defensively allowing 3.8 goals per game(4.0  per game on the road). For Barzal, he has seen a huge uptick in shot volume lately with 35 shots in his last 10 games with seven points as well. He skates on the top line and powerplay unit and from a PTS/$ perspective, is one of our top centers tonight in all formats.

Also Consider: Connor McDavid(EDM) as an elite pay up or Jared McCann(PIT) as a value play

If paying up at the wing position tonight, Patrick Kane is who I would suggest building around as he checks off all the boxes. He has been tremendous since mid-December with 20 points in his last 13 games but what really stands out is the shot volume as he has averaged 4.1 shots per game in that time and backs it up with a 18.0 iCorsi/60 on the season. next is the matchup against the Senators who have dropped seven straight while allowing just over 4.4 goals per game. Kane is an elite play in all formats and rivals Matthews as my top overall play on the slate.

If you have been following along with my articles and sheet this season you have probably noticed my man-crush on Blake Coleman for fantasy. Targeting the Devils 28th ranked offense doesn't seem optimal but Coleman has provided a very consistent floor and the price never seems to rise making him an elite PTS/$ play. he has seen a big uptick in ice-time now skating over 18 minutes per game and comes into tonight with 47 shots over his last 10 games and with just six points in that time is still averaging 15.4 DK/16.4 FD points per game. I don't expect a ceiling game her on the road but the floor and price make him an excellent value play for cash games.

Also Consider: Mitch Marner/William Nylander(TOR) as two-man stack options with Matthews/Tavares or Patric Hornqvist(PIT) who has taken on a bigger role due to injuries and hs 35 shots in his last 10 games

There are a lot of D-men I would take over Dumba on DraftKings but I lead off with him here because of the ridiculous price on FanDuel. He continues to come in under $4K over there and while he doesn't provide much upside(13 points in 45 games) he has been providing a consistent floor for cash games with 21 combined shots/blocks in his last three games and with just three points in his last 10 games is still averaging 9.4 DK/10 Fd points per game. Fire him up in all formats on FanDuel.

Another player who jumps off the page from a PTS/$ standpoint in cash games is Connor Murphy of the Blackhawks. He is getting a ton of ice-time(21+ min per game) and much like Dumba is a better cash play due to the overall lack of upside. The floor is most definitely there, however, on the back of his balance of shots and blocks as he is averaging over five per game in his last 10 and over 4.3 per game on the season. Lock him into your cash lineups on both sites.