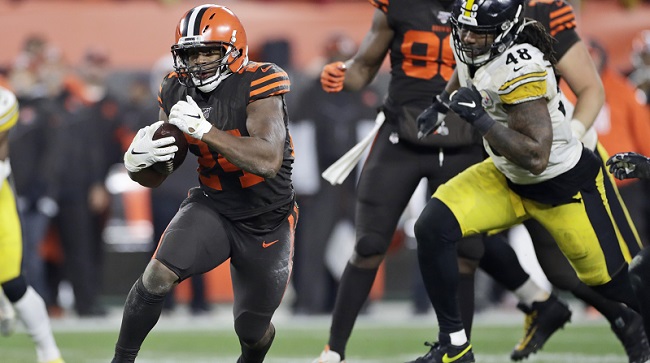 I am going to start at the quarterback position where it appears Matt Ryan is going to not just be low owned overall but could be lower owned than Mitch Trubisky in the same game. Repeat that to yourself and let's dive in. While I do like the value with Trubisky on DraftKings in the sub $6K range, Ryan has more upside and has shown that early on this season. First of all, he is second overall in passing attempts(90)thanks to a defense(78 points against) that can't stop a high school team. He has also been very effective throwing for 723 yards and six touchdowns, as well. In terms of value, he has hit at least 4.2x on DraftKings and 3.2x on FanDuel in each game. That is GPP winning upside that we can possibly get at 2%-5% ownership.

Sure, some might be scared of the matchup but this is not the 85' Bears and did give up 297 passing yards to Stafford and almost 241 yards to Daniel Jones who lost his top wideout and running back. I am not convinced this is still an elite defense and either does Vegas, to be honest, as this game has one of the highest totals(48) on the slate. I will most definitely be taking a few shots in GPP with Ryan.

Next up is the Cleveland backfield that is being completely overlooked this week. Let's talk about the matchup first as it is what seems to be scaring most people as they face a Washington Football Team that has allowed the 9th fewest rushing yards to running backs through two weeks. As we look deeper, however, we see the Eagles ran a stable of "average-at-best" running backs in week one and then in week two the rush defense was exposed by the Cards Kenyan Drake(20 for 86 yards) and Kyle Murray(6 for 67 yards) who combined for 153 rushing yards. Looking at DVOA which takes into account the strength of opponent(via Football Outsiders), the Washington rush defense ranks 21st overall through two weeks presenting a plus matchup.

The matchup is not the only or the key to this pick either as the Browns are seven-point home favorites which favors a run game that is 5th in team rush usage(50.4%) overall. Why do I have both running backs listed? The Browns proved last week they can feed both as they combined for 32 carries for 210 rushing yards. The game script obviously needs to go perfectly for both to go off and if choosing one, I lean Chubb who got seen almost double the snaps(36-20) last week.

Whatever way you decide to go, I love the combination of low ownership and huge upside in the Cleveland backfield. A perfect combo for a contrarian GPP lineup.

Run it back with: Terry McLaurin(WR) who has already received 17 targets(27% target share), catching 12 for 186 yards. It correlates very well if Cleveland gets ahead and pounds the run, the Washington Football Team will be coming from behind, needing to throw more.